Belarusian Christians: “Let others know about what is happening here”

Many evangelicals support the protests as they call for “wisdom” in the fight for democracy. The weakened government of Lukashenko responds with violence and thousands of arrests. Natasha, a Christian, shares her views about the conflict. 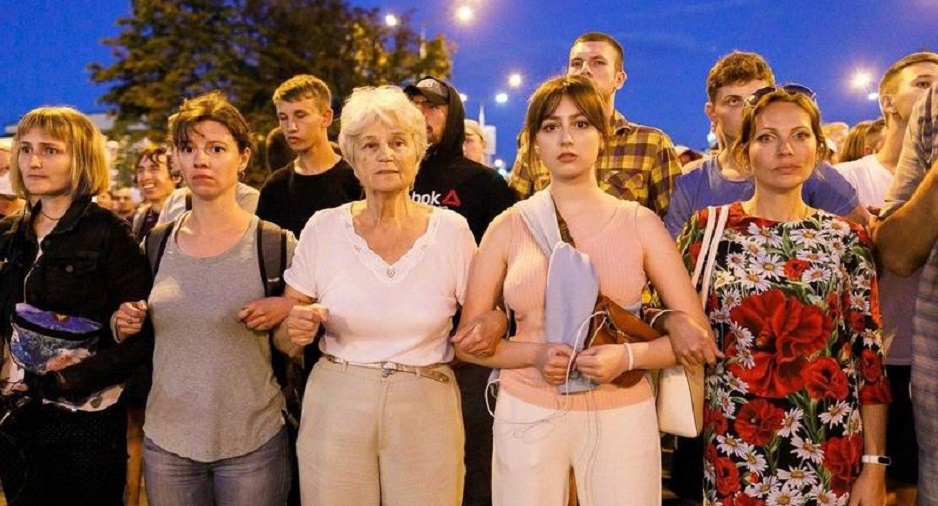 Belarussian citizens protest in Minsk in the first hours after the Presidential election of 9 August 2020. / Photo: Social media via Kyky Belarus.

Belarus, the Eastern European country of 10 million people, could be going through one of the key moments of its still young history.

Hundreds of thousands are asking to put an end to the regime of Aleksandr Lukashenko, President of the country since 1994 and known as “the last dictator of Europe” due to the way he has run the republic after it gained independence from the Soviet Union three decades ago.

The stability of the government now seems to be cracking, and the citizens, who have taken the streets in the last days demanding democracy, fair election results and respect of basic rights, believe the moment for change could have arrived. The official results of the Presidential elections of last Sunday say that Lukashenko got 80% of the votes, an outcome that not many believe to be a real reflection of the will of the population. 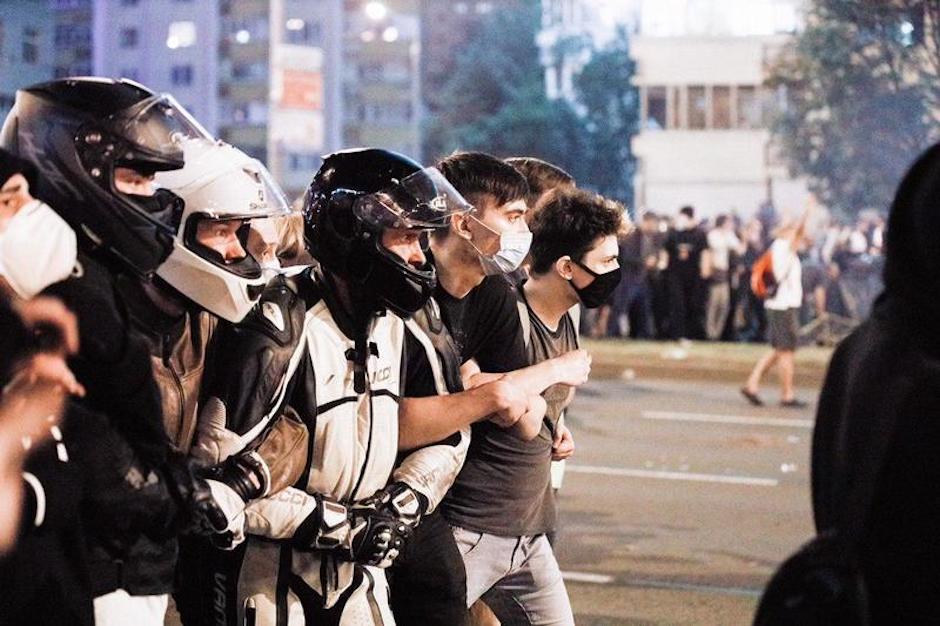 White bracelets against the government

Natasha (name changed) is a Belarusian Christian who now lives abroad but has family in the country and follows the situation very closely. In a conversation with Evangelical Focus, she explained how a presidential candidate (Victor Babariko), political activists and others were jailed in the last months, and their families blackmailed and threatened.

But even in this atmosphere of repression, many citizens stood in the queue for 3-4 hours to vote on Sunday wearing white bracelets, to visibly show their support for the opposition. Most voted for the “housewife and English teacher” Svetlana Tijanovskaya, the partner of the main opposition candidate, who continues to be in prison. The official results gave her less than 10% of votes. Tijanovskaya filed a complaint for electoral fraud, but was retained by the authorities for hours and finally forced to leave the country to Lithuania. 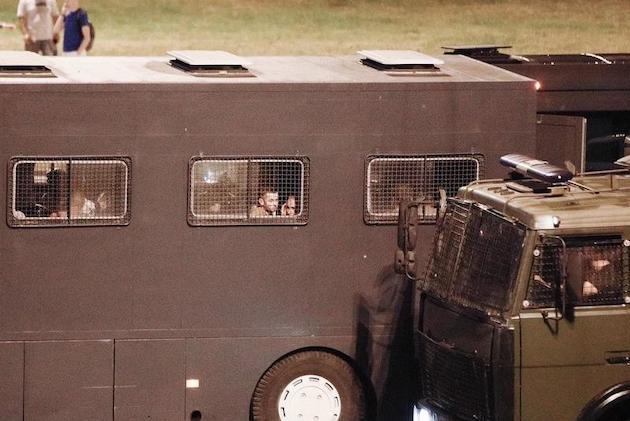 In the following three days, the protests have been quenched with brutal force by a militarised police that used rubber bullets, stun grenades and tear gas, causing hundreds of injuries and two deaths - as images on independent Telegram channels have shown. Testimonies such as that of the Baptist believer S.M. on Facebook speak of beatings on the street, tortures inside the police vehicles with electro-shocks, and indiscriminate detentions.

Dramatic scenes have also been seen in hospitals, where hundreds of wounded people have been treated. International media speak of at least 5,000 arrested people in the 72 hours after election day.

A time to act “wisely”

What has brought the country to this point? Some causes in the last months have been the bad management of the pandemic (Belarus has been one of the biggest deniers of the Covid-19, celebrating big sports events and mass events), the economic crisis and the exhaustion of the young generations due to the lack of freedoms.

“Belarusian people are peaceful and tolerant”, says Natasha as she looks back to previous regimes in the region. But because of this history its citizens have also learned to use all legal means available to fight for their freedom. “Now they are being called to be active and wise”, she says. To make repression more difficult, “people were gathering in lots of groups of no more than 20 people, in areas that are not the city centre, to minimise clashes with the police”.

Through text messages and images on social media (then the internet is working), they share information of what is happening in Minsk and other areas of the country, as they look to raise support to pay the fines and offer first aid help.

A call to a general strike is starting to have visible effects and many continue to file complaints about the irregularities and fraudulent actions they have witnessed in their municipalities.

It is key to “let others know what is happening here, to raise awareness outside Belarus”, says the Christian believer. As she spoke, there was still not much credible information available: “Journalists are being arrested and beaten up, their cameras and media materials have been confiscated or destroyed by the police”.

Natasha says other countries in Europe and the European Union itself (of which Belarus is not a member) should get more involved in the fight for the democratic rights of the country. “Let’s ask our governments that their embassies challenge Lukashenko and demand answers about what is happening in the country”. 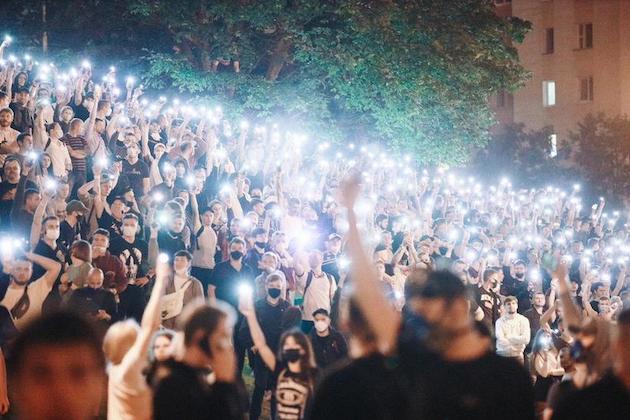 The stance of evangelicals

What is the position of the Belarusian believers in this conflict? Natasha responds that the majority of evangelicals that she knows are clearly against the government. Several of her friends have taken part in the demonstrations, while others looking for alternative ways of protesting, aware as they are of the big personal risk that comes with any action that could be perceived by the government as rebellious behaviour.

A sign of that fear could be that, by Tuesday, no evangelical denomination, group of churches or national ministry had made a publicly spoken about the situation. But on Wednesday, the Full Gospel Union (charismatic churches), posted a statement saying “the situation cannot leave anyone indifferent”, and calling “all evangelicals and all people of goodwill” to “pray the Lord’s Prayer every day at 12pm”, believing that “Belarus will be saved”.

A call to prayer and international solidarity

Natasha adds that “we Christians should not only pray, but be active, raising our voice”, while insisting in the need to be “wise”, using one’s personal area of influence.

In this sense, she asks Christians in other countries to “show their solidarity with us on their social media”, speaking out “against the violence” and for “the freedom and rights of the people in Belarus”.

“Pray for the medical staff that are treating those who have been injured. Pray for the people who work in the state television, in other areas of the government, that they may say ‘enough’ and resign. Pray that those who brutally beat and tortured innocent people would be brought to justice”, she adds.

Natasha’s hope, as that of many other Belarusians inside and outside the country, is that the country will become a full democracy. The first step, she says, is to get a “fair election”.

Published in: Evangelical Focus - europe - Belarusian Christians: “Let others know about what is happening here”