Jaume Llenas (Spanish Evangelical Alliance) analyses the difficulties believers face in Europe when trying to participate in the public arena. “We need to reach society not only with arguments, but with a new narrative.” 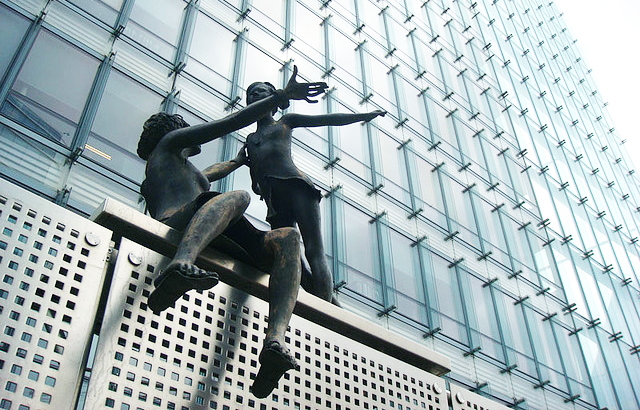 A statue near the European Union buildings, in Brussels. / Valentine Valov (Flickr, CC)

The last terrorist attacks in European soil have genuinely worried a society that does not seem to find a convincing answer to the threat coming from outside but also from extremist groups growing inside the continent.

In addition, European laicism is gaining ground in many contexts, not just to promote the separation between the church and the state, but also to silence any opinions seen as “politically incorrect” or against the “unitary thinking” (what in French is known as 'la pensée unique').

“It is the hermeneutics of suspicion”, Jaume Llenas, secretary general of the Spanish Evangelical Alliance (AEE), said to Protestante Digital in an interview.

REFLECTING ON THE PLACE OF RELIGION IN SOCIETY

In Europe, it becomes more and more usual to hear the idea that religions are dangerous and generate division. This has taken root in national institutions and legislations, leading to restrictions made only for ideological reasons.

Llenas recently participated in a meeting in France with religious entities, political and business representatives whose work takes place in Islamic contexts. There the coexistence of both worlds was discussed, and the effects it has on our societies.

Question. Is the religious fact a public issue or does it just belong to the private life of people? 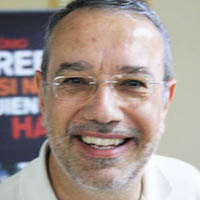 Answer. In recent years, we have seen that the laicism´s dream was to make religion and spirituality disappear. It is very sad to see that due to the threats of terrorist groups, administrations have started again to work on the idea of control of religion in the public arena.

The truth is that what happens in our personal lives has real consequences in the public scene, as it happens with any other ideology. Internal convictions do have a public effect, especially when I am not the only one who believes it, but a group of citizens do. Not paying attention leads to problems.

In the meeting we had in France, the Turkish representatives exaplined that the more governmental laicism grew, the more  fundamentalism rose. Promoting the extremism of one side, provoked the radical response of the other side.

However, we need to be clear, the only responsible of a terrosism act is the one who commits it. Terrorist attacks do not happen because other failed to do what they had to do. But it is also true that laicism has provoked the other extreme, although it does not justify a violent act, but it helps to understand it. Understanding does not mean justifying.

Q. Can laicism define our identity, becoming a type of religious ideology, so that in countries like France it is expected that a “good French” would defend laicism?

A. There are some things that we take for granted, sometimes without even realizing them. For instance, we think of Morocco and assume that everybody there is Muslim, although there are people there from other religions, or not religious at all. Being a “good French”, we think, implies the defence of laicism, but there are Frenchs against it. Is it possible to be a good French and a good Muslim? It is not only possible, but they need to be like that.

The religious affiliation is not only related to the nationality, but also to social policies, among other causes. The religious organizations in France are filling the gaps that the state cannot reach.

Q. In Europe everybody seems to promote diversity. However, when we talk about ideologies, reactions can be different. Are we scared?

A. We have a double discourse. On the one hand, we praise the beauty of diversity: nobody should tell us what to believe. Pluralism is the state´s religion. But sometimes it seems hard to accept that someone would exercise pluralism in a way we do not like. For instance, we think: “How great that the LGTBs have the freedom to express themselves in the public and private scene.” But if Islam wants to access everywhere with its ideology, we see it as a risk. 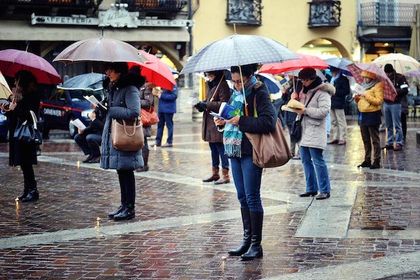 We are tolerant with everything as long as it does not disturb what we believe. That is why tolerance needs to be proved with something we reject.

Tolerance is not tested among majorities, but with minorities. And in the South of Europe people are not pro-religion.

Q. Regarding religions, it seems that as long as they are relativist, everything is fine. But when a religion takes a clear position or gives an opinion, suspicion begins. Is having firm convictions a danger for our society?

A. It is the hermeneutics of suspicion. Everything that the other does, because it does not follow the unitary thought, comes under suspicion.

Religion is seen as divisive, as something which breaks unity. We have seen that in some public laws: some citizens with ceertain convictions do have access to the public arena, others do not have it.

It is not true that Europeans are less religious. We have gone beyond the religious structures and nowadays the religion of the majority is consumerism. A belief that does not consist in having many things, but in having the next thing.

So, depending on what is your religion, you will have access to the public scene or not. The pluralism should be carried out  with equality.

The myth of today's society is that religions are dangerous. Religions seem to be the cause of evil and  wars... But this silences the other side of reality. Only in the twentieth century, the great genocides have come from anti-religion groups: the Armenian genocide, the Jewish genocide, the Gulag, North Korea, or the Hutus against Tutsis conflict. All of them are related to a desire to leave religion. So much pain has been caused in the name of anti-religion movements.

We say that a society is fully plural when it allows everyone to have a space to express themselves.

Q. Does that tendency translate into a religious freedom cutback?

A. Cutting religious freedom gives wings to the extreme sectors of our society. Charlie Hebdo´s attacks are a clear example of this. Violence never, under any circumstance, has a justification. But I cannot agree with ”Je suis Chalie”, because my freedom of speech is not a freedom I could use to offend others‘ convictions. I respect Catholics, agnostics, atheists, Muslims, or people with lay convictions. I can disagree with them, but that does not mean I need to offend them. 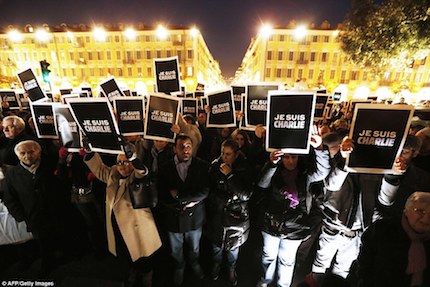 All legislations have issues which are not tolerable. In Spain, you cannot say a terrorist attack is tolerable, that is a crime. In France, to deny the Jewish and the Armenian genocide and holocaust is a crime. So there are “red lines” everywhere.

However, the offense towards Christians is continuous. You can totally disagree with me, but “free offence” does not make sense. I believe in freedom of speech, and just because of that, in some cases there are lines that cannot be crossed.

Q. When we talk about rights, for instance LGTB rights, are they being redefined?

If we defend the rights, we need to hate disdain. We all share humanity, so we should share some rights that are equal for all. The right of being homosexual, does not imply the right of not being criticized for that.

And if today you take that right from me, someday in the future, someone can do the same to you. That’s why freedoms of speech, reunion, association, and opinion, are fundamental. 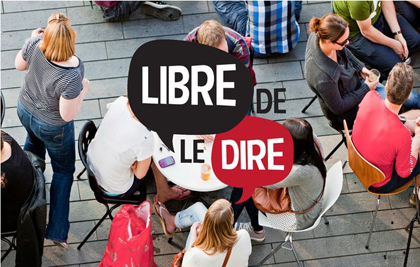 There is a great risk of cutting the freedom of speech through laws that want to silence anyone who does not agree with the LGTB group. This is dangerous even for their own liberties. Everyone must be free to say what they think. If they take my right to think that what is good and what is bad, then the next step will be to forbid the Bible.

Q. We are also seeing these kind of abuses in other places.

A. In countries like Russia, or some places in Africa, where homosexuals are persecuted, we need more Christians saying that that is wrong, that it is not our ideal to persecute people becuase of their sexual orientation.

But in my country, I wish everybody would defend that a citizen has not advantages or disadvantages because of their sexual orientation.

Q. What kind of proposals can we make as Christians regarding freedoms and rights?

A. What we have talked in the French meeting is that Christians need to be known as Good News people. We have arguments to break socially accepted myths. For instance, the sexual revolution of the 60s was promoted as a liberation. But we already have decades of experience and we are seeing everywhere that sexual satisfaction is dropping, instead of growing. They made  promises that have not been accomplished. Where is the highest level of sexual satisfaction?: in long term relationships.

That is why we have to show what is not working and propose alternatives, because we have them. The Bible proposes a model that works. People mock traditional marriage, but when they show me a model that works better, I will buy it.

It is clear that we can present a biblical alternative, not only theoretically, but also with examples. Not only the idea, but real marriages that are working. We need to reach society, not only with arguments, but with a new narrative.