One of the attackers was shot dead. There have been some arrests in an operation still open. Evangelicals call to “pray for the emergency services, the injured and relatives of the victims”. 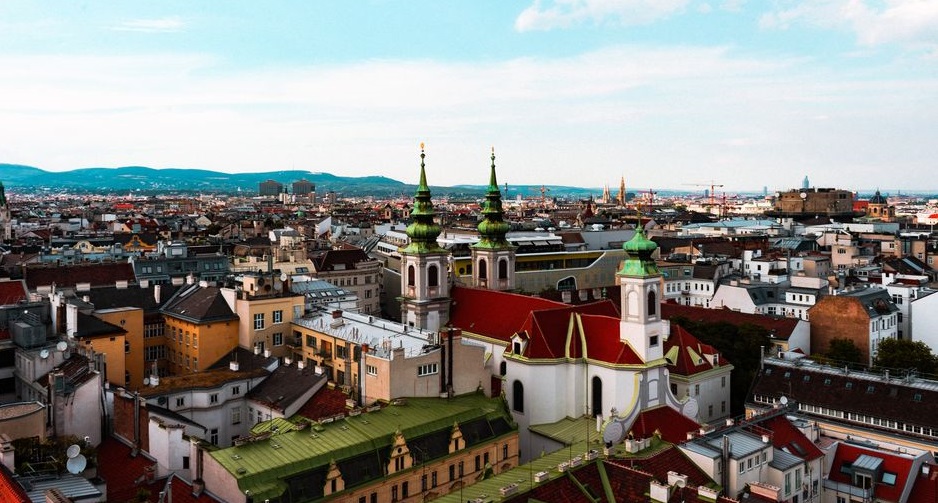 Seventeen other people were wounded. Seven of them remained in a life-threatening condition, according to Vienna’s hospital service. The rest were treated for minor wounds and cuts from stabbing.

The attack took place near Vienna’s main synagogue, an area where many people were in restaurants and bars, right before the new coronavirus restrictions, including a curfew until 6am, started at midnight.

Gunmen opened fire at six different locations in the city centre. Police confirmed that they “are not yet certain how many attackers were involved”, but one attacker was shot dead.

Interior Minister, Karl Nehammer, said the killer was a 20-year-old North Macedonian “Islamist terrorist” with an Austrian passport, who had been released early from jail last December, eight months after he was convicted of trying to travel to Syria to join the Islamic State group (IS).

He also informed that police had searched the home of the dead gunman and seized video material. There also have been several arrests during extensive large-scale raids in 15 nearby homes. Two suspects were also arrested in St Pölten, a town to the west of Vienna.

Austrian police have urged people to stay indoors as they continue to hunt for suspects, while the government announced three days of national mourning. Flags flew at half-mast and a minute's silence was held at midday.

“This is a fight between civilisation and barbarism”

In a televised address, Austrian Chancellor, Sebastian Kurz, pointed out that “this is not a conflict between Christians and Muslims or between Austrians and migrants. This is a fight between the many people who believe in peace and the few (who oppose it). It is a fight between civilisation and barbarism”.

The Chancellor admitted that “we are experiencing difficult times in our republic”. But he stressed that Austria “will never be intimidated by terrorism and will fight these attacks resolutely with all means at our disposal […] The whole country is thinking of the victims, the injured and their relatives, to whom I express my deepest sympathy”.

Austrian President Alexander van der Bellen, said in Twitter: “Our thoughts and sympathy are with the victims and their families. Our support goes to the citizens who still have to hold out in the precarious situation in the city centre. We will defend our freedom and democracy together and resolutely with all necessary means”,

Less than a week after the attack in Nice, French President Emmanuel Macron shared his sympathy on Twitter, stating that “the French share the shock and grief of the Austrians. After France, it is a friendly country which is under attack. This is our Europe. Our enemies must know who they are dealing with. We will not give in”.

“In these terrible hours when Vienna has become the target of terrorist violence, my thoughts are with the people there and the security forces who are facing the danger. The fight against Islamist terrorism is our common struggle”, German Chancellor Angela Merkel said.

The European Union also condemned the “cowardly terrorist attack in Vienna, which was directed against life and our human values”, EU Council President Charles Michel underlined.

On the eve of the US elections 2020, both candidates publicly expressed their sympathy. “Our prayers are with the people of Vienna after yet another vile act of terrorism in Europe. The U.S. stands with Austria, France, and all of Europe in the fight against terrorists, including radical Islamic terrorists”, Trump wrote.

ÖEA: “Pray for the emergency services, the injured and relatives of the victims”

Representatives of the Evangelical Church in Austria have expressed deep concern following the terrorist attack.

The Austrian Evangelical Alliance (ÖEA) asked Christians to “pray for the emergency services, the injured and relatives of the victims”, and encourages all to join a prayer campaign organised by the Christian social media initiative Glaubens impulse, with the hashtag #pray4vienna or #PrayForVienna.

The Christian organisation Jugend mit einer Mission Österreich (Youth with a Mission Austria), also publicly called on to “pray for the families of the victims and thank God for all the brave policemen/women who prevented more bloodshed”.

Meanwhile, the Evangelical Lutheran Bishop Michael Chalupka pointed out that “all that remains for me is silent prayer. Vienna stands together for life in this city. Terror must not be allowed to divide the cohesion”.

“As Church and society we mourn for the injured and all families of the victims and pray for them. We remain in solidarity with all forces that promote and preserve the dignity of all people and the integrity of life", Vienna Protestant Superintendent, Matthias Geist, said in a statement.

The Protestant military chaplaincy  asked Christians to pray “for the grieving, for those who are wounded in body and soul, and for us Christians, that we won't be infected of hate and contempt for human beings. Strengthen us to resist those who polarize our society, to rejoice in God despite everything”.