The Evangelical Alliance and the Lutheran Church ask for unified rules so that churches and NGOs can help refugees “effectively.” 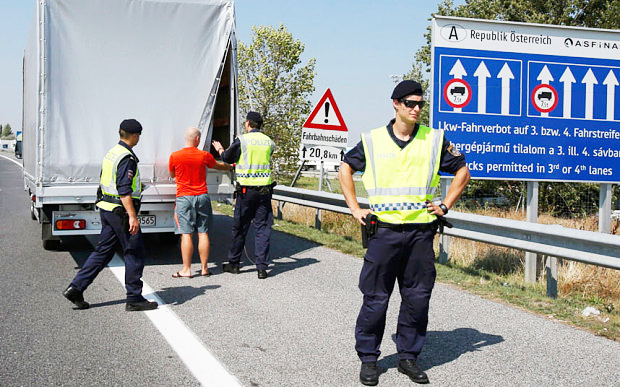 Police officers carry out controls in the Austria-Germany border. / EPA

Austria has been in international media after the finding of 71 corpses in an abandoned lorry four days ago, and the news two days later of another group of 26 people found in a critical state in another vehicle.

“These findings show how dramatic the situation of the refugees is”, said the Austrian Evangelical Alliance (ÖEA) Secretary General Christoph Grötzinger to Idea news agency. The evangelical representative asked the government to introduce new measures to facilitate the shelter of migrants in a situation he described as a “catastrophe”.

The Evangelical Alliance and the local churches aim to help as much as possible. They do so with initatives that help migrants to integrate in society, giving goods and offering language courses. “But to contribute effectively, we need basic principles which are valid an all the European Union countries”.

Evangelicals and many other groups are “overwhelmed”, Grötzinger admitted.

In Vienna, Michael Bünker, bishop of the Austrian Evangelical Lutheran Church  also asked the EU countries to reach agreements that facilitate the task of churches and NGOs.

“Death has hit these people in the midst of our country”, said Bünker. Austrian citizens need to realise that this desperation is not only a reality in “distant countries, or in Kos and Lampedusa.”

“The lack of a common European action has had deadly consequences on people who were searching for a refuge”, said Bünker.

The bishop emphasised that some of the governmental action needs to be focused on persecuting people smugglers in the country.

The country’s Foreign Minister Sebastian Kurz said last week his government would consider introducing tougher anti-migration measures including “much tighter border controls”, if the EU failed to come up with a unified response. “Austria has more migrants than Italy and Greece combined ... so we shouldn't pretend that only Italy and Greece are affected”, Kurz said.

Austria's capital city, Vienna, later hosted a conferece including representatives from Balkan countries and German chancellor Angela Merkel. Macedonia's Minsiter for Foreign Affairs Nikola Poposki warned that “unless we have a European answer to this crisis... no one should be under any illusion that this will be solved.”