Strengthening unity and cooperation amongst evangelicals was at the forefront of EEA programmes during the 1970s, along with a continuing emphasis on evangelism. 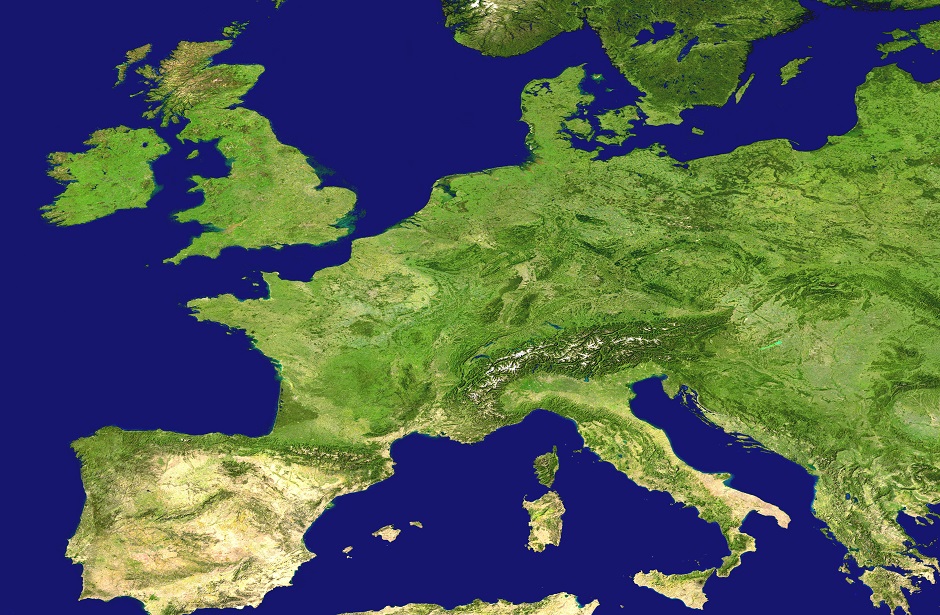 The 1970s and 1980s saw growing activity by the EEA, corresponding with a growing self-awareness of the evangelical movement in Europe.

In 1973, the EEA finally adopted its first constitution, in which for the first time it also officially addressed its vision and mission:

The EEA exists to raise awareness of the unity of believing Christians and to make the Gospel known to all people in Europe. It seeks to promote, encourage and help the theological and evangelistic work of those in Europe who can accept the EEA’s basis of faith. It supports such work so that the Gospel can be proclaimed more effectively, and so that Christian witness and service can be extended and strengthened in all parts of the continent.(1)

As the EEA grew in both membership and ministry during the 1970s and 1980s, the question of its mission, vision and role was raised repeatedly. At the 1976 GCM, EEA president Wilhelm Gilbert set out his understanding of the organization’s future role. He identified three main areas of activity: a functional role of promoting evangelical communication, evangelism and global partnerships;  an inspirational role of encouraging believers; and a visionary role, maintaining a hope for true revival and encouraging prayer. (2)

A European conference on revival, held by the EEA in September 1981 in Haamestede, the Netherlands, attracted some key scholars on revivalism such as Richard Lovelace, professor of church history at Gordon Conwell Seminary, USA; Edwin Orr, originally from Northern Ireland and at the time professor in the School of World Mission at Fuller Theological Seminary in Pasadena, USA; and George Peters, former professor of missions at Dallas Theological Seminary, USA and then founder of the ‘Seminar für missionarische Fortbildung’ at Bad Liebenzell (later Akadmie für Weltmission), Korntal, Germany.

A revised constitution was introduced in 1984 after detailed discussion at the 1983 GCM, followed by a questionnaire to all member EAs in early 1984. This document defined the  EEA’s purpose afresh for the 1980s:

It is the purpose of the European Evangelical Alliance to implement and to present the unity of all believers in Jesus Christ through the Holy Spirit. This purpose should be implemented through the following activities:

In the latter half of the 1980s, only a few new strategic initiatives were introduced. As proposed by the Austrian EA, the GCM initiated an EEA Youth Alliance (YEEA) in 1985. Its purposes were to give the EEA council an overview of the situation of youth ministries in Europe, connect representatives of European youth ministries, and develop a plan as to how youth ministries could be enhanced in the national EAs as well as within the EEA. (4) The EEA board had discussions during 1985 regarding how to attract young people and women as board members. (5) At the 1986 GCM, the Austrian delegate Dietrich Reitzner, a member of the EEA’s youth committee, proposed that each member might bring two youth delegates to each GCM. Although the council accepted this proposal in general, it was not willing to grant the youth delegates voting rights as Reitzner had suggested. (6) The YEEA’s efforts achieved minimal success. In a 1987 report, the YEEA expressed its disappointment that despite several requests only one national EA had nominated youth delegates. (7)

Strengthening unity and cooperation amongst evangelicals was at the forefront of EEA programmes during the 1970s, along with a continuing emphasis on evangelism. One expression of such evangelical cooperation was The EA Relief Fund (8), later renamed TEAR-Fund, as an evangelical counterpart to ecumenical relief organizations. Although as of the late 1960s, some voices within the EEA expressed reservations about new evangelical institutions competing with traditional Protestant organizations, this attitude changed during the early 1970s. TEAR-Fund is a prime example of the change, as from 1971 onwards it was strongly endorsed by the GCMs and the EEA strongly encouraged national EAs to cooperate with this new initiative (9). As a result of further cooperation, the Conference of European Evangelical Aid Agencies (CEEAA)was established. (10)

At the 1974 GCM, following the Lausanne Congress for World Evangelization, the question of forming a European Evangelical Mission Alliance (EEMA) came to the fore, and mission agencies and networks were invited to develop a definite proposal (11). Many other new initiatives were facilitated and supported, such as the Eurofest ’75 youth festival in Brussels, the MISSION student conference over the New Year’s Day holiday in 1975–1976 and a series of evangelical communication initiatives (12), which later developed into the European Evangelical Communicators Association (EECA) (13). Another example was a conference of evangelical European theologians, led by John R. W. Stott of England and Peter Beyerhaus of Germany in August 1976, which led to the founding of the Fellowship of Evangelical European Theologians (FEET) (14). Furthermore, in the late 1970s and 1980s a group worked on the accreditation of evangelical colleges in Europe (15), later forming the European Evangelical Accreditation Agency (EEAA, today the European Council for Theological Education).

It might surprise some readers that the EEA’s relationship with the ecumenical movement is not mentioned again after 1968. The available sources do not indicate any further dialogue. This is probably an expression of a drifting apart between the two camps. As the evangelical movement grew in relevance, it invested all its efforts in strengthening its own structures.

In the late 1970s, a new strategic theme appeared for the first time on the EEA agenda. In 1977, the EEA started to address religious liberty issues in Spain, Greece and Eastern Europe, speaking up on behalf of evangelicals whose rights were threatened (16). This concern for religious liberty has remained part of the EEA agenda ever since.

The 1970s and 1980s were a time of growth, as Italy (1975), Portugal (1977), Greece (1978), the Netherlands (1979) and French-speaking Belgium (1982) (17) joined the EEA while representatives from additional national EAs attended GCMs as guests and observers. Despite travel restrictions, a growing number of Eastern European evangelical leaders started to connect with the EEA. Representatives came to GCM frequently from Yugoslavia, East Germany, Hungary, Romania and Czechoslovakia during the years 1975–1982; there was even a participant from the Soviet Union in 1982.

As a result of this growth, the need for at least a part-time, paid general secretary gained increasing attention. A letter dated 1 April 1976 indicated:

The Executive Committee at its last meeting also discussed at length the problem of providing an adequate secretariat for the EEA, which was becoming more necessary in order to deal with the increasing contacts among evangelicals within Europe and their relationships with the rest of the world through bodies like the World Evangelical Fellowship and the Lausanne Committee for World Evangelization. It was agreed to ask each national alliance for its views on the need for a full-time secretary for the EEA, including the question of raising at least a proportion of his financial support from member alliances or from other sources within Europe. The Executive Committee recognised that the growing strength of evangelicals in this continent called for a new, wide concept of coordination, and that this could not be served by the present joint secretaries with their many responsibilities. (18)

However, once again a lack of financial resources prevented the realization of this desire. (19)

The EEA’s growth in focus and ministry during the 1970s and 1980s went along with a strengthening of evangelicalism in Europe and the formation of evangelical institutions in many countries. By the end of the 1980s, there were multiple evangelical networks in Europe: the CCEEA, EEAA, EEMA, FEET and YEEA, plus two networks jointly organized by the EEA and the Lausanne Movement—the Commission on Women’s Concerns (CWC) as well as the Lausanne Committee for World Evangelization’s European Branch. The European Evangelical Communicators Association (EECA) seemed to have been dissolved at this time, as it was no longer mentioned by any sources.

This is the second part of an essay about the history of the European Evangelical Alliance. Part one can be read here. Part three will be published next week. A printed booklet of the whole essay can be purchased at the price of € 2.50 plus shipping costs at: [email protected].

1. Konstitution 273–9.73–100’, which states that this constitution was accepted at the 1972 EEA General Assembly in Jonköping, Sweden.

2. European Evangelical Alliance, ‘Minutes of the Meeting of the Council Held at the London Bible College in England from 19–21 September 1978’, 9.

13. See European Evangelical Alliance, ‘Minutes of the Meeting of the Council Held at the Hotel Colibri Castelldefels, Barcelona, Spain, 18–20 September 1979’, 2.

15. See e.g. European Evangelical Alliance, ‘Minutes of the Meeting of the Executive Committee at the Ons Centrum, Driebergen, the Netherlands, 30–31 May 1979’, 2.

17. In the following years, further talks took place with the EA in the Flemish part of the country; see EEA, minutes of the meeting of the Executive Committee at the Belgian Bible Institute, 30 November 1982, 5.