Whitney Gerdes (IAFR) explains how refugee children “develop a ‘new normal’ very quickly”, but they also “need to be kids”. Local churches are very important in that process. 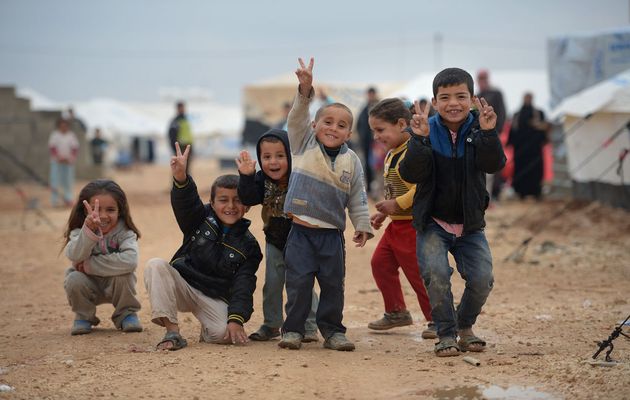 Children “are incredibly hopeful, they are deeply resilient”, says Whitney Gerdes, but “they are dealing with incredibly heavy, heavy things.” / Getty

Thousands of refugees are leaving everything behind to look for a better future. There are many children among them, who usually suffer more than adults.

In some European countries, like the UK, they have even become the centre of political debate.

Whitney Gerdes (IAFR) believes that these children “are incredibly hopeful, they are deeply resilient”, but “this is their first go-through in life, they are dealing with incredibly heavy, heavy things.”

According to Gerdes, local churches play an important role in helping these children. They “need to go to them”, organising activities for the children, so that “if their kids are loved, parents are going to see that, and they are going to ask questions, and that is a cool way for the church to breach the gap into adult ministry as well.”

Question. What are some issues children refugees face?

Answer. Children are incredibly hopeful, they are deeply resilient, they have this ability to one minute be incredibly silly, and the next moment they might be taken over by the sadness of their world. So I think one of the troubles is that a lot of their issues are masked, you can't see them necessarily, they don’t exhibit them. They don’t have verbiage or words to describe why they are sad, or what is going on, or why they are struggling in school, or why they don’t want to eat, or why they cant sleep.

And they also develop a “new normal” very quickly, far quicker that adults do, so often they don’t know that their world is not normal, and there is shame connected to that.

Usually, there is an interview process, they have to really talk about what they have seen, and that is incredibly difficult for kids, so the drama continues over and over again.

Fitting into a new culture and society, there is so much their parents can't help them with. Because they have never done it, so they are doing it on their own, having to grow up far to quickly.

Q. What activities would you recommend to help children in this context?

A. Certainly, doing language lessons is critical, helping them with the language. But also playing is very important, kids need to be kids, although they have to grow so fast, the beauty of kids is... I think we all have seen the images in refugee camps, everywhere, a soccer game starts, kids play, that is what they do.

So, having organized activities in that realm, helping them to find friends with children of the city, then they can practice language in that setting, and kids are really great when they are given an activity and are just able to do life together. 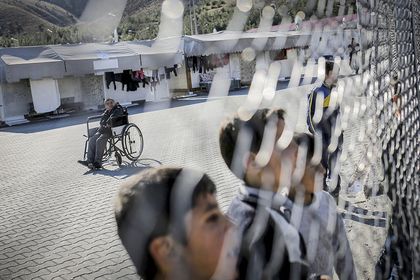 Q. What do these children need emotionally?

A. Specially kids that maybe are unaccompanied, or their parents have died, or they are with their aunt, or with their relatives; they need adults in their world to show them they are cared for, and they don’t have to do the whole world on their own. So, in those settings, having an adult near them, allows them to be a kid for a while, which is unfortunately rare in their world.

Giving them that moment is really cool, and having other national kids is just a sweet way to breach that gap. Because kids are really good with kids, and it is fun to see it.

I have seen it in a classroom setting: students would come in and not speak to adults but tell everything to their fellow students. So, using kids who we trust help them open and feel they are part of something.

Q. Would you recommend churches to get involved with that type of children ministry?

A. Children ministry can take a lot of different ways. It is often easy to think in bringing the child to Sunday school, having him seated, and teach him a Bible lesson, which I think is definitely not the best way to go about it, because we need to go to them.

Children ministry is often opening your doors to them, yes, but also going to where they are. And some of the coolest things I have seen is when you go in, and bring face paint, bring the party to where they are, and they come out. Kids will always come if there is fun, specially if there is food, if there is a soccer ball, they are there. So, churches can start building relationships in that way.

In that, conversations are going to happen, parents and families are going to come, and that is when relationships can be developed. Kids are willing to make friends with everybody, but adults are sceptical, they are fearful.

If their kids are loved, parents are going to see that, and they are going to ask questions. And that is a cool way for the church to breach the gap into adult ministry as well, just through the kids. Never think that play isn’t good enough, or spiritual enough. It is very spiritual, and its very important for kids. 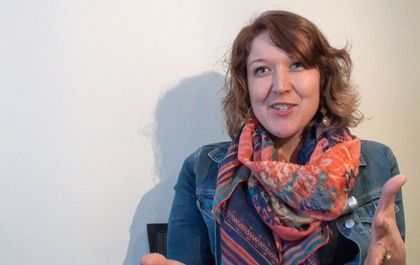 Q. Does one need to be a “professional” to be involved in such a work?

One thing that can be really traumatizing is physical touch, depending on what happened to the child. So that is something to be aware of, specially us westerners, we come with out arms opened, and hugs. That can be OK sometimes, but for some kids it is really a scary thing.

So let kids lead, don’t force children to play. There should be no shame involved. If there is a kid sitting in the corner, invite the child in, but if the child says no, it is OK.

For churches, how I do this? First of all, being aware of where the refugees are, where are they in you city, and going to them. I think in having key community members as well, because you can just show up, and you are this odd person playing a game, and we don’t want them to think that.

So, key community members and building trust, I think this is a huge thing. And that is why doing it outside at first is super important, because when you invite someone in, it gets weird. But doing the games out in the open, for everyone to see that what we are doing is OK. We are having fun, developing relationships, developing trust.

The “Refugees in Europe” series of articles is the fruit of a cooperation between Evangelical Focus, the Refugee Highway Partnership in Europe and the EEA Hope for Europe – Refugees campaign.