The Evangelical Alliance calls on the UK government to permit congregational singing in English churches. 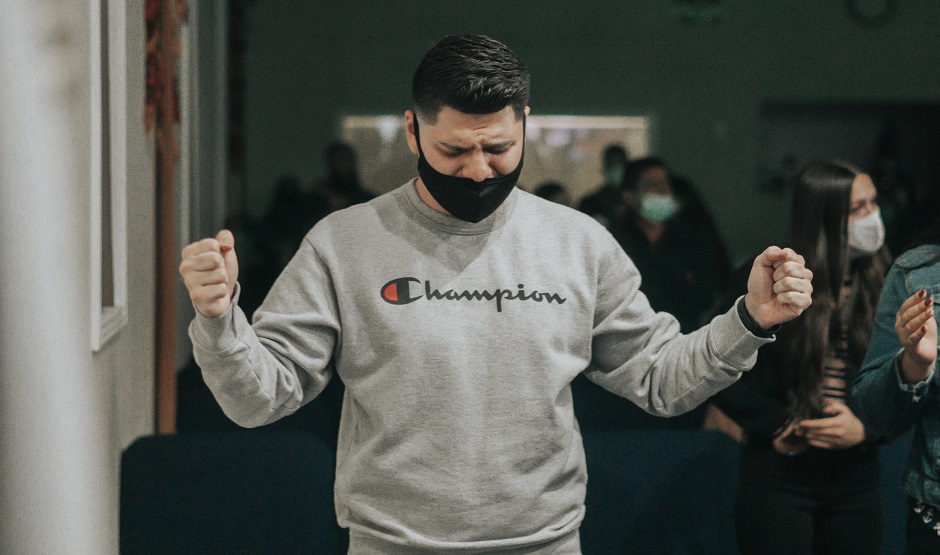 The continued ban on indoor church congregational singing is inconsistent, disproportionate and fails to follow the evidence.

When churches were allowed to resume meeting in July last year a number of restrictions were put in place through both law and guidance to ensure they could operate safely and limit the spread of coronavirus.

Churches have diligently followed these rules and advice, from limiting numbers, tracking attendance, creating one way systems and altering practices. This has also all happened within the context of wider restrictions on interaction indoors. There have been some rather odd guidelines about how churches should conduct full immersion baptism and communion from a shared cup continues to be strongly advised against. However, the restriction that grates the most is the effective ban on indoor congregational singing.

The situation is different in each nation of the UK. In Northern Ireland throughout the pandemic there has been softer advice against singing. In Scotland areas that are at level 0 or 1 can now have congregational singing, and Wales from 20 June has permitted indoor congregational singing, advising that with transmission rates low and appropriate mitigations such as the wearing of masks in place it is does not pose too great a risk.

In England, and other parts of Scotland singing indoors is limited to a small group of performers.

In England, the rules are more nonsensical because professional performers are not limited numerically so you could have a choir of hundreds sing, whereas for amateur singers the cap is at 6. The government has not produced evidence to explain why singing by amateurs is more likely to spread coronavirus than by professionals.

The ban on singing is not directly in the regulations but in England at least that does not give churches a free pass to ignore it. The 2021 lockdown contained an exemption for places of worship to remain open and for communal worship services to continue. This was a significant exemption from what were otherwise very strict restrictions.

The legislation includes this clause in relation to places of worship: ​“the gathering organiser or premises manager take the required precautions in relation to the gathering”. The required precautions for places of worship include guidance that: ​“indoor communal singing should not take place”. Therefore, while the ​‘should’ indicates that this is guidance rather than law, the law requires that for churches to take advantage of the exemption permitting them to meet they have to take account of these precautions. So, guidance becomes law and singing is banned.

In the House of Lords health minister Lord Bethell defended the continued ban on singing: ​“having looked at the scientific evidence, with a sense of regret that we are letting down those with a passion for singing and religious worship, and in the hope that we can get rid of them very soon.”

The government say that this policy approach is one that is pursued after looking at the scientific evidence but they are not sharing what that evidence is, giving no confidence that this is an evidence led policy.

To the contrary, research from UCL’s CONFESS study suggests that while singing does involve significant aerosol dispersal, masks reduce dispersal and the density of the droplets by around 85 per cent. While only one study, this demonstrates a clear direction of evidence, and the government appear unwilling to rethink their policy position when new evidence appears.

Over the last year, since sectors initially reopened from the first lockdown, guidance has been produced by the government to compliment the regulations that are passed into law which govern what different venues and sectors can do. This guidance has come from different departments but with an element of coordination from central government. Sometimes this coordination has meant that there have been delays in simple changes or corrections being made, but the coordination has also not been thorough because we now see major inconsistencies in application.

For places of worship singing was always viewed as an aspect that required addressing in the guidance. Likewise, guidance for performing arts paid attention to the risks and possibilities of performers singing. However, there was no commensurate consideration given to singing for many other venues such as pubs and transportation. Therefore, there is no guidance against communal singing for licensed venues which owners and operators have to follow so that they are ​‘taking the required precautions’. While I do not think the initial intent was to create a disparity between different venue types and usage, the consequence of the policy approach is exactly this, and it disadvantages religious groups from enacting key aspects of their worship practices. It is a policy that, in my view, has a discriminatory effect on people of faith.

During the Euro 2020 championships the added insult for churches is seeing crowds gather and sing or cheer in stadiums in huge numbers under the guise of test events, and in pubs, trains, and planes, without a word from the government that they should at least wear masks, keep their voices low, or only do so outside.

I do not realistically expect the government to stop fans from cheering, and trains and planes of Scottish fans descending on London were never going to be silent, but I would like to see some humility that in requiring churches to continue to mute their congregation the government are permitting football fans to do something they are not extending to worship services.

Time for the government to act

It is time for the government to resolve this inconsistency. It is understandable that in a fast moving and complex policy environment mistakes may occur and that there may be differences in application. It is unacceptable that when such inconsistencies are made apparent that government refuse to act. We have repeatedly raised this with government, both with policy officials and in meetings with the Faith Minister, Lord Greenhalgh.

Throughout this pandemic the government have said that they want to follow the science. With evidence from a landmark study showing that singing can be safe they cannot claim to be doing so if they refuse to allow singing in churches. With Scotland and Wales moving to permit singing inside churches, it is time for the government to act to permit it in England.

What you can do

We encourage you to contact your MP and ask them to call on the government to allow congregational singing in churches in every nation of the UK. We suggest you cite the evidence from the UCL CONFESS study which says that masks can reduce the risks of singing by more than 85 per cent.

It is vital that politicians are aware of the central importance of congregational singing to churches, and that the current guidelines and rules mean that the freedom of churches is being restricted in a way that people gathering in other settings are not affected by. We want to see politicians speaking up in parliament on behalf of churches and call on the government to act consistently and to follow the evidence so that singing can return to our churches.

Danny Webster is the head of advocacy of the UK Evangelical Alliance (EAUK). This article was first published on the website of the EAUK and re-published with permission.