David J. Randall: Why I left the Church of Scotland

We ask David Randall about his decision to leave the Church of Scotland after 40 years of faithful service and about his new book ‘A Sad Departure’. 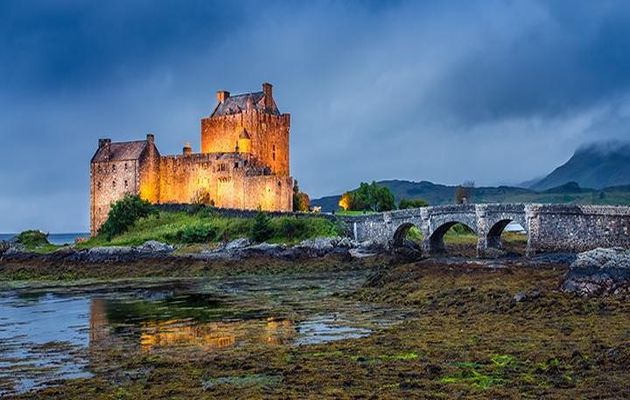 The new Banner of Truth book ‘A Sad Departure’ gives an account of recent decisions of the General Assembly of the Church of Scotland which have led many ministers and members to depart from the denomination.

It sets these decisions about the ordination and induction of practising homosexual people as ministers in a biblical and historical context, and explains why many have concluded that departure is the right response for them.

The book’s author David J. Randall served as a pastor in the north-east of Scotland for almost forty years. He is now retired and he and his wife Nan are members of Broughty Ferry Presbyterian Church. One of their sons is minister of Falkirk Free Church and another, minister of Grace Church, Larbert (International Presbyterian Church). Another son died suddenly in 2013, and they also have a married daughter. He is Chairman of the Board of Trustees of SOLAS (Centre for Public Christianity), based in Dundee, Scotland.

We caught up with Randall to ask him about his decision regarding the Church of Scotland and his book ‘A Sad Departure’.

Will Graham (WG): In your recent book A Sad Departure, you explain why so many ministers and congregations are leaving the Church of Scotland. Why is this happening?

David Randall (DR): In 2009 the General Assembly of the Church of Scotland approved the induction of a minister who was living in an active homosexual relationship with another man. This has been followed by other liberal decisions, despite clear and well-presented warnings about the consequences of such a departure from the teaching of the Scriptures, which the Church of Scotland officially accepts as its “supreme rule of faith and life”. Although there are some evangelicals who have opted to remain in the denomination, many ministers, elders and members have come to the conclusion that departure is the only option if they would be faithful to God and His Word. Despite many efforts to exert a biblical and evangelical influence, the denomination, through its decision-making General Assembly, seems determined to pursue a more and more liberal course.

WG: In your opinion, when did the Church of Scotland’s doctrine of Scripture first become problematic?

DR: Behind many of the controversies of the eighteenth and nineteenth centuries over issues such as patronage (the question of who should choose ministers) was the divide between conservatives and liberals. For a long time the Church of Scotland has claimed to be a “broad church” and many individual deviations have been tolerated, such as ministers denying the virgin birth, substitutionary atonement and Christ’s resurrection. Discipline ought to have been exercised in such matters, but recently such deviation from Scripture has been not only individually tolerated but denominationally approved. The question about ordination of practising homosexuals is the particular area in which this rejection of Scripture has been manifested. People who have left the Church of Scotland have been accused of (the strangely-named) homophobia, but the basic issue is that of adherence to Scripture

WG: If culture determines homosexuality to form part of “human flourishing”, why should churches not just accept what the world around about them says?

DR: Romans 12:2 specifically says that Christians should not be conformed to the world around but transformed within. One of the principles of the Reformation was ‘Sola Scriptura’ and the church is not at liberty to follow its own ideas or the changing views of society. It is called to stand by what God has revealed. 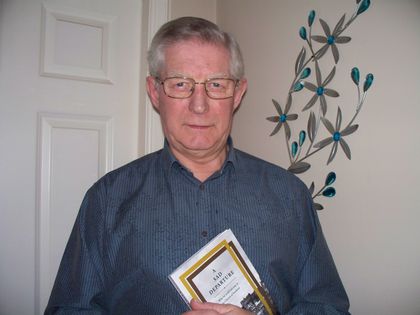 WG: Since you mention Scripture, does the Bible have anything to say about homosexuality?

DR: There is no question that the Bible says that homosexual practice is sinful and a rejection of God’s creation order. It is interesting that in Church of Scotland debates there has been little argument about this. My book refers to various statements in Reports to the General Assembly which accept that wherever the Bible deals with homosexual practice, it is in negative terms. This is true, not only of Old Testament texts such as are found in Leviticus 18, but also in the New Testament in such passages as Romans 1:21-27 and 1 Corinthians 6:9-11 where we are taught that “the unrighteous will not inherit the kingdom of God.” The passage goes on to list “the sexually immoral, idolaters, adulterers, men who practise homosexuality, thieves, the greedy, drunkards, revilers and swindlers” as people who will not “inherit the kingdom of God”.

WG: Personally speaking, what was the factor that led you, Brother Randall, to leave your beloved denomination?

DR: I owe a great debt to the Church of Scotland, in which I was reared and which I have sought to serve for many years. I served as a local pastor and also within the boards and committees of the national Church, and it has been a great sadness to me to see the denomination move away so decisively and persistently from the Word of God. It is tragic to see the failure of leadership and the decline of biblical Christianity within the Church, and, like many others, I came to see that faithfulness to God meant departing from such a compromised and compromising Church.

WG: As you observe the landscape of contemporary Scottish Protestantism, what are your hopes and concerns for the future?

DR: I believe that there is a drawing together of those who stand on the foundational truths of Scripture and a realignment of churches within Scotland. Many people who have left the Church of Scotland have spoken of a sense of peace and release, and my hope and prayer is that there will be a growing sense of fellowship among Bible-believing people and that the Lord will use them for the re-evangelisation of our presently fast-secularising culture.

DR: It would be difficult to single out some from the many whose testimonies were gratefully received by me. As mentioned in the book, the cost of departure has been high for many people. Ministers have had difficult decisions to make, and there has been a financial, emotional and relational cost. Many members also must be admired in deciding to leave local congregations which may have been part of their upbringing and heritage and on which they had spent considerable sums of their own money. The testimonies given in the book (and, in fuller form, on the Banner of Truth website) are all moving and inspiring.

WG: In your opinion, what type of relationship can there be between liberal churches and biblically-based churches?

DR: For most of my life, I have tried to serve and minister within a mixed denomination. This was possible so long as the denomination was a professedly Bible-based denomination, even when individuals deviated from that position. But now that the denomination has re-positioned itself as a liberal denomination, it is difficult to see how evangelical people can continue to serve within it. I recall the story of two people conducting an argument from tenements on opposite sides of a street above the traffic below. An observer said that they would never agree because they argued from different premises! Liberalism and evangelicalism are based on different premises and when a denomination decides to reject its Scriptural basis, it is time for a parting of the ways.

WG: If you could give a piece of advice to some of younger readers, what would you say?

DR: In the church I served there was a stained-glass window with the text, “Be thou faithful unto death and I will give thee a crown of life” (Revelation 2:10). “Be faithful” is the best advice that could be given. We do not know what the Lord has in mind for the future – whether decline or renewal – but our calling is to be serve Him faithfully, to stand by Scripture and to trust that “those who honour me I will honour, says the Lord.” (1 Samuel 2:30)

WG: Many thanks for your time with us today, Brother Randall. We thank you for publishing the book and we pray that the Lord will bless of you faithful ministers who have taken a stand for the Lord in this most difficult situation.

Published in: Evangelical Focus - Fresh Breeze - David J. Randall: Why I left the Church of Scotland