Kashmir on the cusp of a new dawn

A call to global prayer. An article by Jacob Daniel. 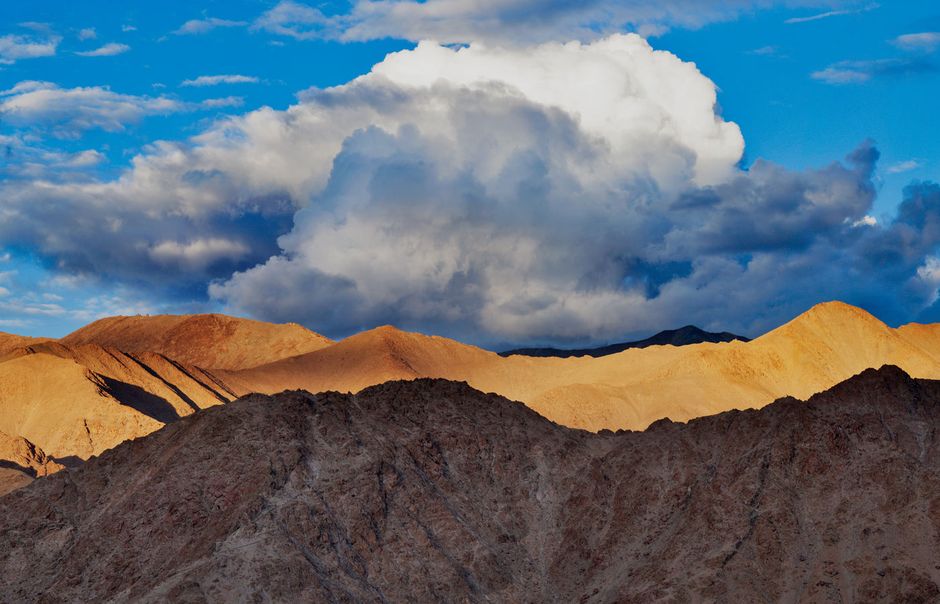 After years of speculation and astute predictions by political analysts, the current Indian government, the nationalist Bharatiya Janata Party (BJP), following its election manifesto, made a far-reaching political move on 5 August 2019.

It repealed Article 370 (adopted in 1949) of the Indian Constitution that guaranteed special autonomous status to Indian-administered Kashmir—a region that Pakistan claims, on ideological ground, as its own since its partition from the British Empire in 1947.

The special rights repealed by the Indian government’s decision included Kashmir’s right to its own Constitution, and its right to have only Kashmiris owning land in Kashmir. Its semi-autonomous status meant that it made laws on everything except defense, communications, and foreign affairs.

The state is now deemed a Union Territory, which changes the dynamics of governance by putting control of Kashmir in the hands of India’s Central Government.

While both India and Pakistan have claimed Kashmir, since 1953 Kashmiris have also dabbled with the idea of independence and of becoming a separate nation—a move seen by India, Pakistan, and China as setting a wrong precedent for other border areas that are under dispute in the surrounding region.

Being the oldest conflict-region in the post-World War II era, Kashmir has continued to suffer because of religious radicalism, ultra- nationalism, and territorial ambitions on the parts of Kashmiris as well as Pakistanis and Indians, resulting in thousands of civilian and non-civilian causalities.

Since the Indian government’s decision to revoke Kashmir’s autonomous status, the presence of the military (one soldier for every 12 Kashmiris), detention of political leaders, partial curfew, shut down of pre-paid telecommunications, and constrained Internet access, have heightened tension in the region.

This, argues Tehmina Arora, Director of Alliance Defending Freedom-India, has provoked a deep sense of hopelessness, to the point that even women and children were forced by dire existential crisis to join protests against the army to an unprecedented level.

The Indian government’s decision has also aggravated the already strained relationship with Pakistan, prompting the nuclear state to petition for global action on the issue, with the help of China, in the United Nations Security Council. 1

However, this attempt has not generated any robust international interest in the situation, except a recent parliamentary resolution passed by the European Union, urging an end to the curbs placed on the people of Kashmir.

In the midst of this complex and volatile geopolitical situation, religious realities largely motivate the sentiments of citizens in both rival nations.

The Christians in the valley (Kashmir)

Though predominantly a Muslim region, many races and cultures have coexisted in Kashmir in relative harmony for centuries. Of the approximately 7.7 million residents in the Kashmir valley, Christians form only a small minority of those who have converted, mainly from Islam.

There are about six old churches in the valley, including Srinagar's Holy Family Catholic Church, All Saints Protestant Church, St. Joseph's Church in Baramulla, and St. Mary's Church in Gulmarg.

Kashmiri Christians are also dispersed in other states of India for education or career reasons, which enables them to maintain fellowship and solidarity with fellow believers outside their own regional communities.

However, the current political and social conditions have had a great impact on the movement of Kashmiris, who are partially restricted and constantly monitored. This has also affected believers from other parts of the country.

They are not able to continue their ministry associations in the region. Though the restriction on peoples’ movement is slowly being relaxed, the constant surveillance continues.

This surveillance and control by the military have created a facade of peace, one which Rev Vijayesh Lal, the General Secretary of the Evangelical Fellowship of India, argues could be likened to the ‘peace of the graveyard’. 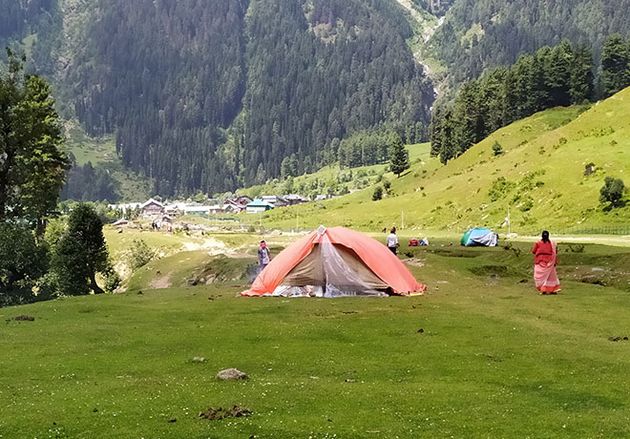 Recently, aside from some isolated incidents of persecution against Christian converts, Christians have existed peaceably with, and gained respect from other residents, primarily because of their interest and role in the welfare of the region.

This, argues Rev P.K. Samantaroy, the Bishop of Amritsar, has been possible due to the strategy of establishing excellent schools and welfare institutions such as hospitals.

The schools have produced local leaders while the welfare institutions like hospitals have pioneered medical services to residents. The Church of North India and the Roman Catholics Diocese are the main administrators of these institutions, and have a major presence compared to other denominations.

While respect is maintained between communities of different faiths, some recent conversions of local Muslims to Christianity by outside evangelists have led to heightened concern among the local Christians, feeling that they have been put at risk.

If any tension were to flare up between these two communities on religious grounds, it would lead to further alienation and insecurity among Christians. As a minority, with a very limited voice in political decisions, Christians wish to stay below the radar, while quietly continue in their prophetic witness by contributing to the welfare of the region.

Christians are facing the same day-to-day challenges with other religious communities because of the recent security lockdown; however, they are also concerned that following the current Constitutional changes, people allied with ‘Hindutva’ (a particular ultra-nationalist ideology) will push for anti-conversion legislation in Kashmir, as enforced in seven other states where Hindutvans have gained some foothold. 2

This will particularly impact evangelistic efforts in the region, and impinge on people’s right to make decisions regarding their faith, a right that the Indian Constitution fundamentally guarantees—at least in theory.

Interestingly, in contrast to this future possibility of a lack of religious freedom, Rev Samantaroy argues that, though the current situation in the valley is grim and there is much apprehension about the future, there are also hidden blessings that may work in favor of Christians in the region.

First, because of the restrictions set under Article 370, the minority faiths in the Kashmir valley did not have the same protections that they had in other parts of India.

This discrimination may be removed once Kashmir is governed by the Central Government, and any grievances on the part of Christians and other minorities could be dealt with fairly and without the statutory discrimination that was embedded in Article 370 (which has now been revoked).

Second, there will also be more freedom for Christian institutions to own property. In light of the current turmoil in the Kashmir valley, the global church needs to amplify its voice in assuring Christian believers of their unwavering support. 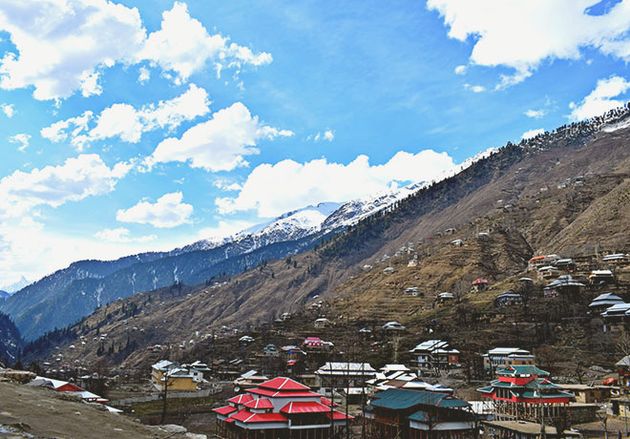 Rev Lal comments that, sadly, Christians in other parts of the country and around the world are largely indifferent and silent, hesitant to raise their voice in solidarity with their fellow believers in Kashmir. The church in India has continued to maintain neutrality in the matter concerning the situation in the valley.

Amidst this silence, Christians in the Kashmir valley are seeking the support of the global church in prayer and in raising a voice for them and their community through all platforms, including social media, newspaper articles, lobbying, and campaigning.

Response of the global church

Christians around the world are called to pray:

The people of Kashmir have shown great endurance for decades, and their resilience in the face of injustice remains unmatched and also inspiring for those who are enduring similar conditions elsewhere.

They have endured various social and economic challenges over time with the power of their will. Their stories need to be heard, and their burden to be shared by those who genuinely wish to see a new dawn of peace descend in the valley.

Jacob Daniel is an international speaker, apologist, and cultural analyst. He is the founder of Heritage Counsel, a project aimed at advancing the truth of Christian faith and promoting its excellence in public life. Jacob has a PhD in Intercultural Studies from Biola University.

This article originally appeared in the November 2020 issue of the Lausanne Global Analysis and is published here with permission. To receive this free bimonthly publication from the Lausanne Movement, subscribe online at www.lausanne.org/analysis.

3. Editor’s Note: See article by Yousaf Sadiq, entitled ‘How Should We Respond to the Persecution of Christians’, in January 2019 issue of Lausanne Global Analysis https://www.lausanne.org/content/lga/2019-01/how-should-we-respond-to-the-persecution-of-christians

Published in: Evangelical Focus - Lausanne Movement - Kashmir on the cusp of a new dawn