Tatjana Schoenmaker: “May we praise God no matter what the outcome” 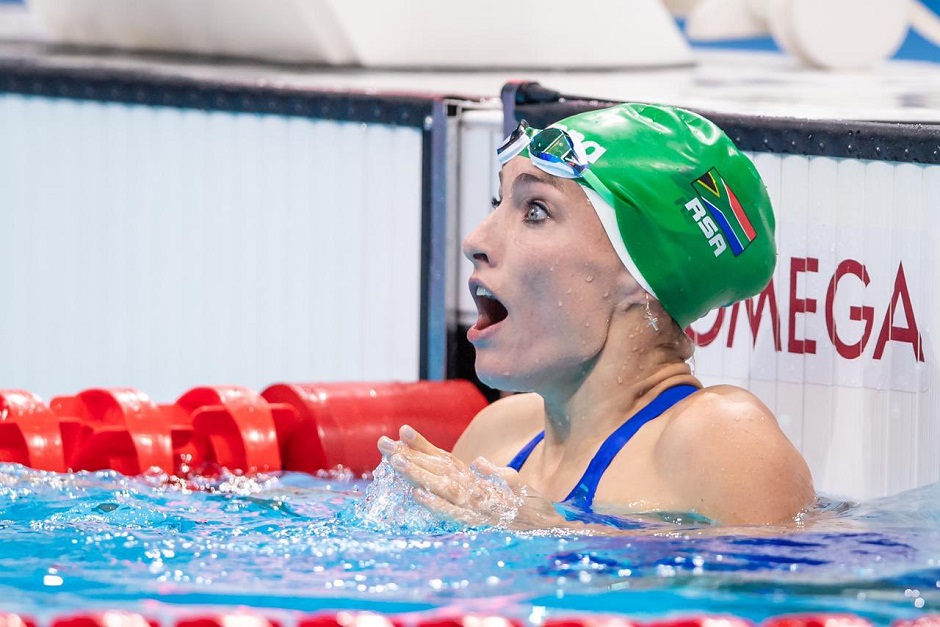 Tatjana Shoenmaker, as she realises she has beaten the 200m breaststroke World Record, at the Tokyo 2020 Olympic Games. / Photo via Twitter Team South Africa.

As she finished the race, it took the 24-year-old athlete several seconds to realise that she had not only won the final but also made the best time in history: 2:18,95.

The images of her rivals in the finals embracing the winner and expressing their happiness for Schoenmaker has been praised as a great example of fair play. Tatjana’s gold medal was the first for South Africa in these Tokyo 2020 Olympic Games.

According to Christian Premier News, Schoenmaker, who is vocal about her Christian faith, usually swims with two caps, the official green RSA cap of her country, and a second blue cap with a fish (a traditional Christian symbol) on one side, and the words “Soli Deo Gloria” on the other.

“Let the Games begin. Father God may your will be done, may your peace fill us up, may we praise you no matter what the outcome, may we be empowered by your strength to give it our all and may we forever be in the awe of your goodness! Thank you for bringing us to this very moment”.

Father God may your will be done, may your peace fill us up, may we praise you no matter what the outcome, may we be empowered by your strength to give it our all and may we forever be in the awe of your goodness! pic.twitter.com/FE21q66Bvs

Speaking to South African radio Capetalk, Tajana’s father, Rene, said: “I can’t describe how we are feeling. How proud we are of her, and how much it means to us, and the country as well… It shows what kind of person she is. With people [competitors] coming straight after, congratulating her…”. Speaking to News24, he added that her daughter was started swimming ten years ago, and has been “humble and hard-working”.

In these Olympic Games, Shoenmaker had already been on the podium. Two days earlier, she won the silver medal in the 100m breaststroke final.

Published in: Evangelical Focus - life & tech - Tatjana Schoenmaker: “May we praise God no matter what the outcome”