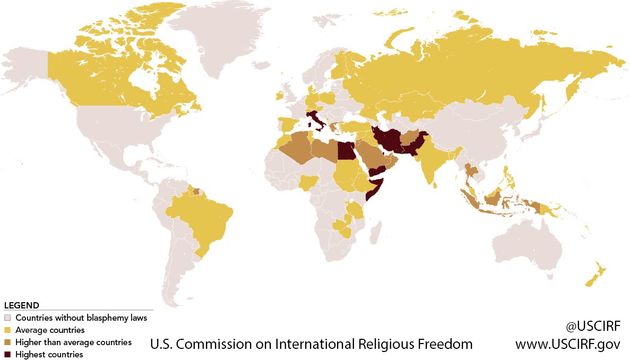 “RELIGIOUS FREEDOM INCLUDES THE RIGHT TO EXPRESS YOUR BELIEFS”

Published in: Evangelical Focus - life & tech - More than one-third of the world’s nations have blasphemy laws