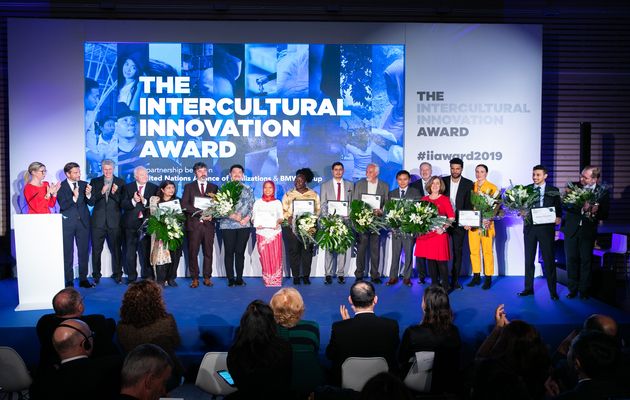 Ten global grassroots initiatives were named finalists of the Intercultural Innovation Award during a ceremony held in Madrid. / UNAOC.

A socio-cultural project to help the coexistence in Sri Lanka, led by Sri Lankan evangelical Christians, has won the prestigious Intercultural Innovation Award, given by the United Nations Alliance of Civilization (UNAOC) and the BMW Group.

After a highly competitive selection process with over 1,200 applications from 128 countries, ‘MinorMatters: Rewind; Rebuild’ , along with nine other global grassroots initiatives, was named finalist during a ceremony held last week at the Royal Theatre of Madrid, Spain. It achieved the fourth place.

The awards ceremony was chaired by the High Representative for UNAOC and former Minister of Foreign Affairs of Spain, Miguel Ángel Moratinos, and Bill McAndrews, Vice President Market Communications at BMW Group.

In addition to a financial grant, the award comes with a capacity-building and mentorship support from UNAOC and the BMW Group to help the projects expand and replicate to other contexts. 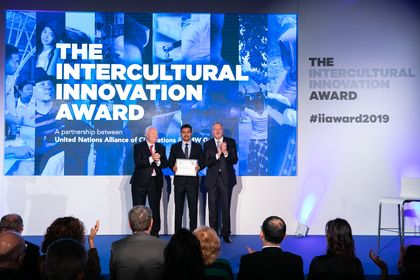 “BUILD A SOCIETY WHERE RELIGIOUS FREEDOM IS ENJOYED TO ITS FULLEST”

“MinorMatters: Rewind; Rebuild”, is a web-based platform with resources to equip and empower citizens, especially youth, to promote religious freedom and coexistence in Sri Lanka.

It aims “to build a society where religious freedom is enjoyed to its fullest by all people, and focus on protecting the rights and liberties of religious minorities in Sri Lanka”, by highlighting violations of religious rights and documenting attacks on religious groups and places of worship.

THE ALLIANCE DEVELOPMENT TRUST, MEMBER OF THE WEA

With this project ,the Alliance Development Trust seeks to promote religious freedom and coexistence in a nation that was shaken by a terrorist attack on Easter Sunday that killed more than two hundred people.

“We are honored to receive this recognition. It is an encouragement to continue our work in promoting religious freedom”, said project Director Ms. Yamini Ravindran, a lawyer who has worked with NCEASL in the area of religious liberty advocacy and was also recently elected as member of WEA’s International Council.

TENDERO: “THIS IS A TESTIMONY THAT PROMOTING RELIGIOUS FREEDOM CAN OVERCOME FEAR”

The WEA Secretary General and CEO, Bishop Efraim Tendero, congratulated the MinorMatters team, stating that: “it is a well-deserved recognition of the hard work that was put into this project by a group of young leaders who love and care deeply for their nation”.

“I believe it can serve as a testimony of how promoting hope and understanding among different religious groups can overcome fear and conflict in society, not only in Sri Lanka but also in other countries who face similar situations. May it be an inspiration for many to actively work for reconciliation and lasting peace”, he added.