Players raise funds for persecuted Christians in a charity auction 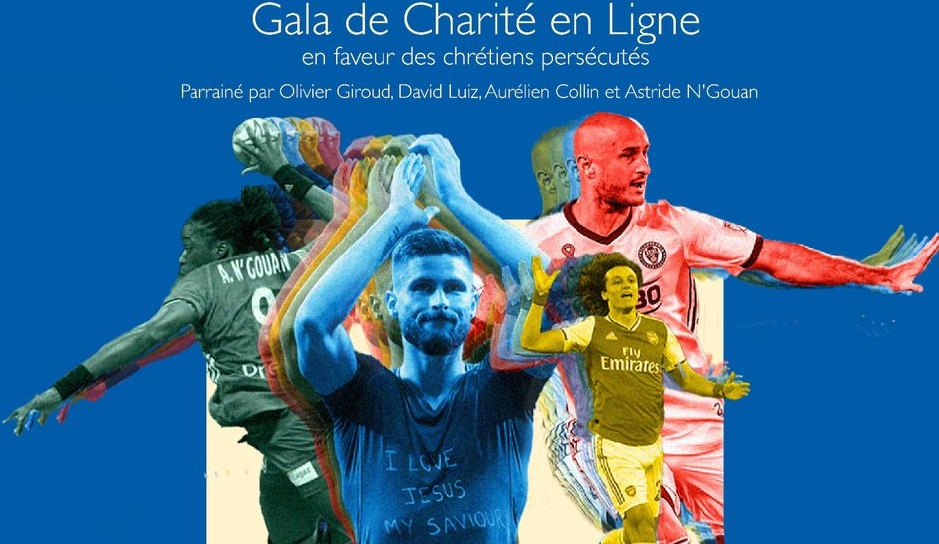 French Connect London, a French-speaking church in London, along with the Christian association Plus Que Sportifs, recently organised “The Goal”, an online charity gala, to raise funds for Open Doors and Holistic Sports France, organisations which help persecuted Christians.

All the money collected will be used to support schooling assistance and football school projects in North Cameroon, the Maghreb and Mali, areas severely devastated after the Boko Haram massacres in the Sahel.

The gala took place online on 22 November, but included an auction of several jerseys and shoes of well-known football, handball and basketball players, which was open until December 6 and raised 12.040£ (13,300€).

“Thank you all. The amount of the 2019 gala has been greatly exceeded”, said Joel Thibault, a chaplain of player from Plus Que Sportifs and one of the organisers.

The Chelsea FC striker Olivier Giroud gave several items, including the jersey of his 100th game for the French team, an autographed shirt for the 2020 FA Cup final against Arsenal, and two pairs of shoes, worn and also signed by the French player.

According to the Giroud, “we who are in a certain comfort must think of those who are suffering enormously, that is why I am supporting the NGO Open Doors and Holistic Sports for their magnificent work on the ground”.

“Thanks to my notoriety, I can be a voice for the voiceless. The persecution of Christians through the actions presented at this gala gave me shivers. I was overwhelmed by the testimonies. 260 million persecuted Christians in the world is unacceptable, we must talk about it”, Giroud pointed out.

He recalled “when I met Mourad, a former Muslim and football coach. He came to Christ and his testimony moved me. I made a commitment to provide him with football boots for his projects. I admire the courage of Christians like Mourad who commit themselves to love their neighbor in hostile contexts. I feel blessed to be safe where I am”.

Giroud had already participated in a gala in support of persecuted Christians and the NGO Open Doors on May 2019 in London.

Aurélien Collin, French central defender with the Philadelphia Union in the US Major League Soccer (MLS), who was sponsor of the Gala with Giroud, and also donated one of his jerseys, said: “Religious freedom is a fundamental right. 260 million Christians are persecuted around the world. Enough is enough. This is a situation that needs to be highlighted”.