The Archbishop of Canterbury described Daesh as 'a Herod of today' in his Christmas sermon. 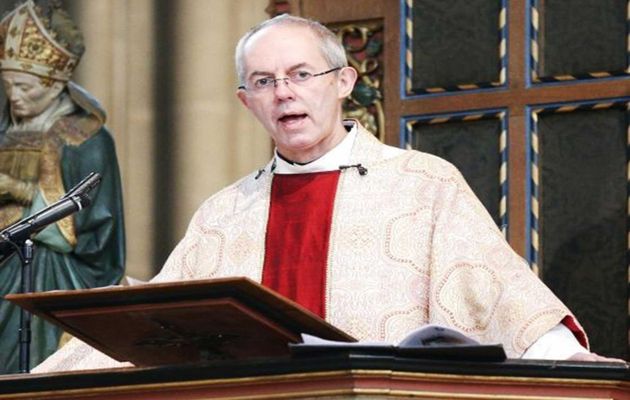 Justin Welby, Archbishop of Canterbury, during his Christmas sermon / AP

Archbishop Justin Welby of Canterbury Cathedral in Kent compared the Daesh to the Biblical King Herod who ordered the massacre of the innocents in an attempt to kill the Christ child, during his Christmas sermon.

"Today, across the Middle East, close to the area in which the angels announced God's apocalypse, Isis and others claim that this is the time of an apocalypse, an unveiling created of their own terrible ideas, one which is igniting a trail of fear, violence, hatred and determined oppression", he said.

Welby affirmed that because Islamic terrorists are "Confident that these are the last days, using force and indescribable cruelty, they seem to welcome all opposition, certain that the warfare unleashed confirm that these are indeed the end times."

"They hate difference, whether it is Muslims who think differently, Yazidis or Christians, and because of them the Christians face elimination in the very region in which Christian faith began", he added.

The archbishop argued that the false apocalypse heralded by the terror group will eliminate Christianity from where it originated.

The Anglican leader stressed that, despite that violence, “you and I are called this morning to respond in worship and transforming, world-changing obedience, both as individuals and together, to this revelation of the baby that defines God. For it is our response to Jesus that defines us."

"To all who have been or are being dehumanised by the tyranny and cruelty of a Herod or an ISIS, a Herod of today, God's judgement comes as good news, because it promises justice", Welby stated.

"The apocalypse of Christmas judges every power, reaches every refugee and asks us all how we respond to Jesus, Prince of Peace", the archbishop concluded.

He has also tweeted: "In our world today extremists talk of coming apocalypse: it's already happened - in newborn Jesus, God radically reimagined the world.