A MSF study warns about the high number of refugees in Italy who suffer mental health disorders due to the situation in their countries, the trauma of the journey and the inadequate reception conditions. 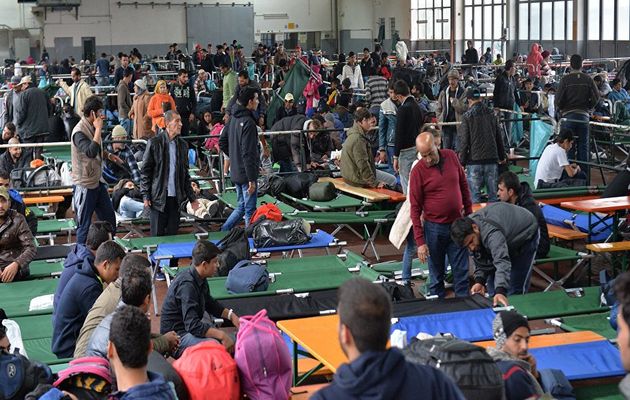 The MSF report says that there is an urgent need to properly monitor the quality of facilities.

The drama of thousands of refugees continues.

This Wednesday, July 20, the bodies of 21 women and one man were found in a dinghy that was trying to cross the Mediterranean Sea, A ‘Doctors Without Borders’ (Médecins Sans Frontières, MSF) team rescued 209 survivors, travelling in two rudimentary boats who had left Libya.

Most of these men, women and children have left everything behind and have gone through very traumatic experiences.

As Marion Knell, head of the Board of Trustees of Redcliffe College, and coordinator of the European Member Care Network, told Evangelical Focus: “trauma is a significant psychologically distressing event outside the realms of normal human experience, which causes damage either physically and/or emotionally.” 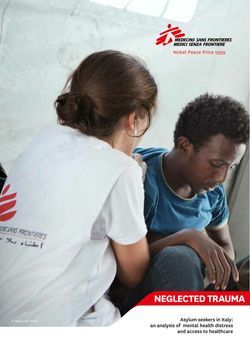 ‘Doctors Without Borders’ has published a study called Neglected Trauma (download PDF file here), based on an analysis conducted in Italy between July 2015 and February 2016 in several emergency reception centres (CAS) in Rome, Trapani and Milan, as well as medical data collected during their regular activities in the centres of Ragusa Province, between 2014 and 2015.

The study warns about the high number of migrants and asylum seekers who are suffering serious mental health disorders after the harsh experiences in their home countries, the trauma experienced on his trip to Europe and the inadequate reception conditions found when they arrive in Italy.

According to the study, 60% of people interviewed showed signs of mental health disorders linked to the conditions in their home country or the conditions during the journey, while 87% of the people treated by Médecins Sans Frontières (MSF) declared that the living conditions in refugee camps were making them suffer more.

Besides, 42% of them had mental disorders associated with Post Traumatic Stress Disorder.

In addition, 27% were affected by anxiety.

The likelihood of psychological disorders proved to be 3.7 times higher among those who had suffered previous traumatic events.

New arrivals often have no option but to stay for months on end in what was only ever planned as a temporary accommodation, without adequate mental health services to respond to their needs. 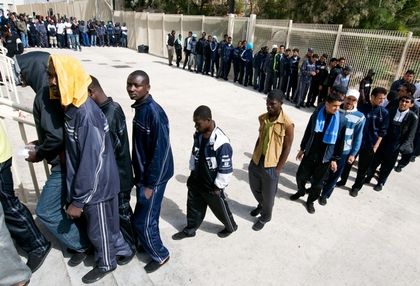 “Italian emergency reception centers are not set to host people for long periods of time and should not be used for that purpose”, said Tommaso Fabbri, MSF head of mission in Italy.

He added: ”The communication barrier causes an unnecessary amount of stress, that leads to increased feelings of isolation and insecurity among asylum seekers and migrants, causing a whole lot of unnecessary suffering.”

HOW CAN ONE HELP?

The MSF report pointed out the need to strengthen the existing psychological health care assistance available, including the employment of professionals trained in cross cultural psychology.

There is also an urgent need to properly monitor the quality of facilities.

For those who are volunteers, without specific training on trauma, Marion Knell believes that “the first thing is to know their own limitations. It would also be good to know basic facts about trauma and stress, how it affects people and therefore knowing the sort of behaviour that is being exhibited.”