The study shows that the growing churches “held more firmly to the traditional beliefs of Christianity and were more diligent in things like prayer and Bible reading." 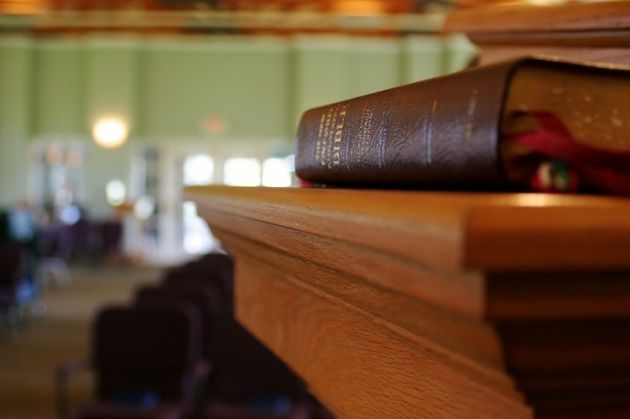 According to a five-year academic study, churches that are theologically conservative with beliefs based on a literal interpretation of the Bible grow faster than those with a liberal orientation, The Guardian informed.

The authors of “Theology Matters: Comparing the Traits of Growing and Declining Mainline Protestant Church Attendees and Clergy” surveyed 2,225 churchgoers in Ontario, Canada, and interviewed 29 clergy and 195 congregants. The paper will be published in next month’s issue of the respected international journal, Review of Religious Research.

The study compares the beliefs and practices of congregations and clergy of mainline Protestant churches whose attendances were growing, with declining churches. On all measures, the growing churches “held more firmly to the traditional beliefs of Christianity and were more diligent in things like prayer and Bible reading”, said David Haskell, the Canadian study’s lead researcher.

These findings contradict earlier studies undertaken in the US and the UK, which looked for the causes of a steep decline in church attendance in recent decades, and concluded that theology was not a significant factor.

KEY FINDINGS OF THE STUDY

The main findings of the study are:

- 71% of clergy from growing churches read the Bible daily compared with 19% from declining churches.

- 46% of people attending growing churches read the Bible once a week compared with 26% from declining churches.

“MORE UNIFIED, CONFIDENT AND CONCERNED ABOUT OTHERS”

“Conservative believers, relying on a fairly literal interpretation of Scripture, are ‘sure’ that those who are not converted to Christianity will miss their chance for eternal life”, Haskell said.

Because of that certainty, “of [the] life-saving, life-altering benefits that only their faith can provide, they are motivated by emotions of compassion and concern to recruit family, friends and acquaintances into their faith and into their church.”

And it also “makes conservative Protestants willing to implement innovative measures including changes to the style and content of their worship services”, the researcher explained.

“Theologically conservative believers were more unified in terms of priorities and what was right and wrong. That also makes them more confident and, to those on the outside looking in, confidence is persuasive all on its own. Confidence mixed with a message that’s uplifting, reassuring or basically positive is an attractive combination”, he added.

Haskell said he expected the findings of the study, which was not commissioned by any group or organisation, to be controversial, because “theological orientation cuts to the very core of the religious practitioner.”