“Pornography is propaganda for prostitution”

“It is known that a good part of the women who are recruited for prostitution are minors”, says sociologist Richard Poulin. 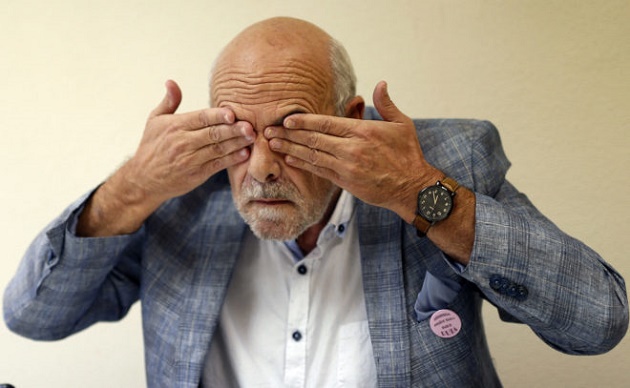 Richard Poulin, in a moment of his interview with newspaper El Mundo. / El Mundo

Pornography is a way of advertising prostitution. This is what Candian sociologist and anthropologist Richard Poulin denounces.

In an interview with Spanish newspaper El Mundo, the expert in human trafficking and sexual slavery explained his position in favour of abolition.

He believes “the prostitution industry has been made for the enjoyment of men. It does not matter if it involves children, girls, young people of both sexes, adult women…”.

Question. Surveys show that more and more people ask for a regularisation of prostitution, as if prostitution was just one more way of working. What do you think?
Answer. I think it is a monstrosity. But let me tell you that while calls for prostitution's regulation are very strong in Europe, they are relatively weak in North America. It is necessary to distinguish between those who are in favor of not regulating prostitution at all and those who believe that prostitution is a job like any other, so that it just have to be regulated by the labor laws.

According to the latter's reasoning, brothels are workplaces, work environments such as those of any company. And prostitution carried out outside these regulated places would be illegal.

Not fighting against prostitution or regulating it as just another normal job, would be a very serious issue. It would greatly raise the number of women and girls engaged in paid sex and sexual tourism.

Specially now, when more and more prostitutes are needed, because more and more men pay to have sex. It is something we are seeing in Germany, the Netherlands, Thailand, Spain...

Q. Is the number of men paying for sex increasing in Spain?

A. Yes. In fact, Spain is the country with the greatest demand for women prostitution throughout Europe.

Q. How do you explain that in a society where sexual freedom has long existed, prostitution is still so attractive?
A. In the late 1970s, American feminists already questioned whether such enormous sexual freedom did not also imply sexual submission, because for sexual liberation to be truly a liberation it is necessary that the oppression against women disappears. But it has not disappeared.

In fact, prostitution is a form of oppression against women. This oppression still exists, even though there is more sexual freedom.

Q. What would you say to those who claim that there are women who exercise prostitution freely?
A. There are many levels of response. At a sociological level, I would say that it is known that a good part of the women who are recruited for prostitution are minors. And it is also known that many of them are girls who have fled their home because they have suffered sexual assault. When they escape and are away from their relatives, they are recruited for prostitution.

That is also why it is easier for them to become prostitutes, because in order to survive sexual assaults, they have already developed the capacity to dissociate themselves from their bodies. According to some studies, between 75% and 83% of prostitutes were previously victims of sexual violence.

Q. Is prostitution a continuation of sexual violence?
A. Yes. It's complicated, but I'll try to explain it with an example. When I started doing surveys and research on the sex industry, I interviewed several strippers in Canada, women who dance naked in front of men who are not allowed to touch them.

When I talked to them, these girls said they were delighted to dance naked before those men who could not touch them, they considered it as a kind of revenge for the sexual aggressions they had suffered before. They felt they were the ones who could exploit them.

But after spending a few months in the sex industry, dancing naked, these women changed their mind and said that a bum is an bum, emphasizing that men do no see women at the strip club, but bums.

And the same thing happens in prostitution. At first, there are women who believe that they have power over men, but then they realize that it is men who have power over them.

For me, as a sociologist, it is more interesting now to interview women who have survived prostitution than women who practice it. Because those who are active in the sex industry try to justify their activity, as you surely do as a journalist when someone attacks the media.

Q. What is the responsibility of men who pay for sex?
A. Their responsibility is absolute. If men did not pay for prostitution, prostitution would end, it is as simple as that. Because the prostitution industry has been made for the enjoyment of men. It does not matter if it involves children, girls, young people of both sexes, adult women, it is an industry directed to the pleasure of man.

Q. If that is true, why do many men not think about this?
A. No, they obviously do not. As many people do not make reflections when buying a shirt or shoes made by children of the third world. Men do not want to hear or see what's behind prostitution.

They do not want to know that by the age of 16, one in three women has been sexually assaulted, which means that violence against women is huge.

All this shows that the social relations between men and women are complicated, and it explains, in part, why men find it normal to pay for sex. Many men still think that women should be submissive and those who are not, deserve to be beaten.

Q. Listening to you it is clear that you are against prostitution. But the “million dollar question” is, how can we finish with it?

A. No, it is not the “million dollar question”. It would actually be quite easy to end prostitution if the Swedish model were implemented. That model, which has been applied in Sweden since 1999, penalizes the pimp and the clients of prostitution, but not the prostitutes.

It also offers alternatives to women who want to get out of prostitution, many of whom do not have studies because they were taken when they were 14 or 15.

Addionally, the Swedish model has educational programs in schools, which aim to prevent girls from being recruited for prostitution in the future, and boys from becoming clients of prostitutes.

Thanks to all this, the number of women prostituted in Sweden has fallen drastically, as well as men who pay for sex. There, for example, there are no longer trafficked women, because prostitution is not profitable.

Q. However, what surveys show in Spain and oher countries more and more young people consider paid sex as something normal, as a way to have fun, a leisure activity...

A. Prostitution is trivialized and the sex industry and pornography have trivialized it even more. We could define pornography as propaganda for prostitution, and there are more and more young people who consume pornography at younger ages. In Canada, for example, the age of rapists has dropped.

In the past, prostitution was regulated because of hygiene and public health reasons, to avoid the spread of venereal diseases. Today, many want to regulate it, because it is considered that the one who exercises it, does so freely. It is a huge difference.