The bill could be approved after the summer. A state agency would actively promote LGBT ideology in schools, workplaces, sport events and media. Anyone accused of discrimination will have to prove their innocence. 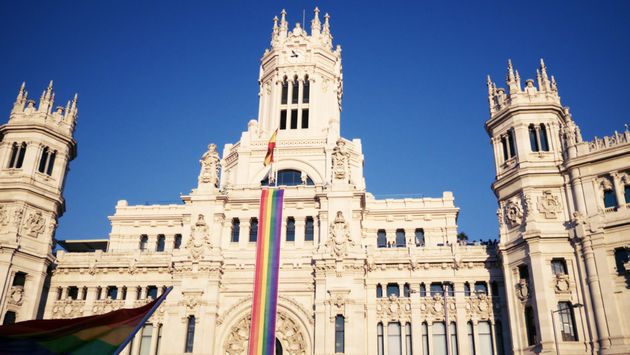 The LGBT Non Discrimination and Equality bill presented in the Spanish Parliament on May 4 has surpassed the initial procedures, and now continues with the parliamentary process.

Spain approved the same-sex marriage law in 2005, becoming one of the first European countries to do so.

The new so-called “LGBT law” has now been developed by the confederate parliamentary group of leftist parties Unidos Podemos, En Comú and En Marea, with the support and advice of the Spanish Lesbian, Gay, Transsexual and Bisexual Federation (FELGTB).

So far, all other groups in Parliament have said they will support the new law, except for the Conservative party Popular Party. But analysts do not expect the government of Prime Minister Mariano Rajoy to block the process, since the proposed law is similar to other regional laws that have already been approved with the Conservatives in key cities like Madrid.

The new law claims to fight homophobia, and therefore will incorporate “obligations and duties” for the state administrations to establish “proactive policies” to promote LGBT ideologies. A “system of offenses and fines that guarantee the effectiveness of equality and non-discrimination” would also be put in place.

A STATE AGENCY FOR LGTB RIGHTS

One of the most controversial aspects of the draft law is the creation of a political body, the State Agency for LGBT rights, which manages the promotion of gender ideology in areas such as education, health, media, workplace, leisure and sports.

This agency aims to “fight against any discrimination based on sexual orientation, gender identity, gender expression and sexual characteristics.”

It would receive direct funding from the state budget but would act “independently of the public administration in the exercise of its functions.”

REVERSAL OF THE BURDEN OF THE PROOF

Additionally, the law grants privileges for the LGBT community to access to public employment or subsidies. The state would reward with tax credits “all employment contracts that include or may include some kind of criterion for equal opportunities.” 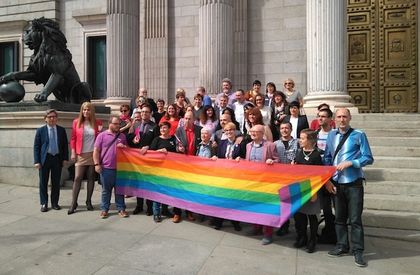 A very controversial aspect of the propsed law is the is the reversal of the burden of proof, by which those who are accused of any discrimination towards LGBT people must prove their innocence.

The law also includes the creation of a penalty system with power to punish individuals or organisations, with fines ranging from 3,000 to 20,000 Euro.

“To express, by any means or procedure (especially on the Internet) expressions, images or graphic content of any kind that are offensive or vexatious, on the grounds of sexual orientation, gender identity or expression or sexual characteristics against LGBT persons or their families” will be punished.

Conversion therapies are considered a very serious offence, “even when they have the consent of the client.” Professionals such as psychologists could be punished with fines of 20,000 to 45,000 euros and the closure of their business for two years.

The Spanish Parliament Is now deciding the date in which the law will be debated. There will not be enough quorum during the months of July and August, but according to the FELGTB lobby, there is “a clear commitment from the political parties that support the proposal to do approve the law in September.” 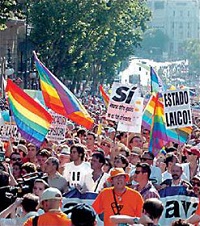 The approval of this law is one of the main political assets of the World Pride demonstration that will take place in Madrid on July, 1.

All political parties represented in the national Parliament are expected to support the march.

Read the full LGBT law proposal on the Spanish Parliament's website (in Spanish).

Many evangelical Christians have expressed their concerns in the last days regarding how the new LGBT law will affect freedom of speech and religious freedom, as well as the right to educate children in their own values.

The Spanish Evangelical Alliance (AEE) has already expressed its worries regarding the proposed law and is analysing it to make their official position known in the following days.

In 2014, the AEE analysed the law approved in Catalonia, the first of its kind in Spain, which has many similarities to the bill that is now expected to be approved on a national level.

Back then, the Alliance expressed its clear opposition to a rule that considered a “setback” and a real “threat to freedoms.”

“Following our Spanish obscurantist and undemocratic tradition, the law places on the dissidents the burden of proof, reintroducing the suspicion and the unfounded denunciation as a political instrument of repression, creating a legal insecurity incompatible with a system of freedoms”, the AEE then denounced.

The Federation of Evangelical Religious Entities in Spain (FEREDE in Spanish) also expressed concerns in a statement.

After the Catalonian law, similar initiatives were approved in other regions, such as Madrid, Galicia and Valencia.

Secular lawyers and jurists, as well as some politicians, have also expressed their doubts and discrepancies with some key aspects of the new national law, saying it will severely affect fudamental freedoms protected by the Spanish Constitution.

Although the great majority of evangelical Christians in Spain hold to the historic biblical understanding of marriage, there is a minority of Spanish evangelicals that has called to redefine Christian marriage to include same-sex couples.

Among them is the the Methodist Presbyterian Spanish Evangelical Church (IEE in Spanish), a small but old denomination which has publicly expressed its support to the LGBT community. Their position has led to a intense debate among evangelical Christians, especially in Madrid, where IEE has most of its churches.

The new LGBT law is expected to force Spanish evangelical denominations to express their views on sexuality more clearly. These theological and pastoral discussions could lead to a more visible division between conservative evangelicals and liberal groups.