More than 32,000 cases of human trafficking have been analysed by Polaris, a leader in the global fight to eradicate modern slavery. 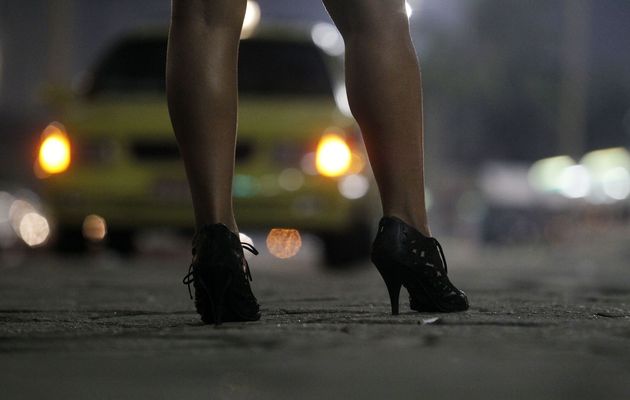 Human trafficking is one of the most widespread crimes worldwide. Each day, thousands of women and children are sexually exploited.

However, experts in the modern anti-trafficking field have struggled to identify and disrupt human trafficking networks. This movement to stop modern slavery has confronted many challenges, and one of the most significant has been the absence of data that shows how human trafficking operates.

Being able to identify and disrupt the manifestations of trafficking in our communities is key to eradicate human trafficking networks and help survivors.

From sex trafficking within escort services to labour trafficking of farmworkers, the ways humans are exploited differ greatly. Each type has unique strategies for recruiting and controlling victims, and concealing the crime.

That is why Polaris, a leader in the global fight to eradicate modern slavery, has analysed more than 32,000 cases of human trafficking documented between December 2007 and December 2016 through its operation of the National Human Trafficking Hotline and BeFree Textline.

The result is the study The Typology of Modern Slavery, the largest data set on human trafficking in the United States ever compiled and publically analysed.

The researchers studied the systems and tactics that individual trafficking networks use to conduct their business, analysing six principal factors for each: business model, trafficker profiles, recruitment practices, victim profiles, methods of control, and geographic patterns.

The study identifies 25 unique types of modern abuse and slavery.

Most of cases are related to human trafficking, but there are also some in which the labour exploitation is bigger than the sexual. 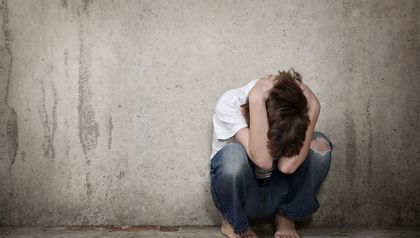 The human trafficking types are:

Escort Services is a broad term used widely in the commercial sex trade, referring to commercial sex acts that primarily occur at a temporary indoor location.

The operations are often described as “out-call,” where traffickers deliver victims to a buyer’s hotel room or residence for “private parties”, or as “in-call”, where potential buyers cycle in and out of a hotel room where the trafficker has confined the victim for extended stays.

These businesses present a façade of legitimate spa services, concealing that their primary business is the sex and labour trafficking of women trapped in these businesses. Although they appear to be single store fronts, the majority are controlled as part of larger networks.

Outdoor solicitation occurs when traffickers force victims to find buyers in an outdoor, public setting. In many cities, this occurs on a particular block or at cross streets known for commercial sex and often referred to as a“track” or “stroll”.

The have been 1,643 cases and 94% are female. Additionally, in this type of sexual exploitation, 50% of the victims are minors.

Sex trafficking can occur within organized residential brothels run by a network of coordinated traffickers or within private households used more informally for commercial sex.

Domestic or homecare workers often live within their employers’ households and provide services such as cooking, cleaning, and caretaking for children and the elderly or infirm. Trafficking for domestic work may also occur within the cycle of intimate partner violence or forced marriage situations as a means of maintaining or exerting power and control.

Victims are forced to provide customers with flirtatious companionship to entice them to purchase high-priced alcoholic beverages that often come with an explicit or implicit agreement for commercial sex acts as well.

There are bars and cantinas that are entirely run by organized human trafficking networks, and traffickers who have agreements with the business owners that allow them to operate prostitution rings out of the bar or cantina in exchange for a portion of the criminal profits.

Managers control nearly all aspects of the lives of crew members and drivers while they are on the road.

In nearly a quarter of cases reported, callers indicated that sales people who wished to leave are physically assaulted.

The study points out that due to limited data, little is known about this type of exploitation Some case data has shown familial links with traffickers forcing their more vulnerable family members into begging.

There have been 494 cases of this type of human trafficking, 74% were minors.

Personal sexual servitude can occur when a woman or girl is permanently sold, often by her family to settle a drug debt, to an individual buyer for the explicit purpose of engaging in periodic sex acts over a long period of time. It can also occur within a commercial non-consenting marriage situation.

Victims never remain in the same city for a stable period of time, and they are heavily monitored and tend to live isolated within the business or rely solely on traffickers for transportation, making it almost impossible to escape control.

Criminal syndicates in illegal industries can exploit people for profit with the same levels of force, fraud, and coercion as in any legitimate labour industry.

Traffickers include recruiters and executives in model management companies ranging from small independent agencies to large corporate entities, as well as individual “coaches” in athletics.

The study has reported 102 cases of human trafficking, 79% are female victims and 21% minors.

Remote interactive sexual acts are live commercial sex acts simulated through remote contact between the buyer and victim through technologies such as webcams, text-based chats, and phone sex lines.

Because of the lack of physical contact between the victim and buyer, traffickers can frame this business during victim recruitment as a “low-risk” endeavour.

However, this business model becomes sex trafficking if the victims are compelled to participate under force, fraud, or coercion, or if the victim is under the age of 18.

Those types more related to labour exploitation, but in which there are still human trafficking abuses include:

People working as cooks, bus staff, and wait staff may be exploited, with traffickers often taking advantage of language barriers between exploited workers and patrons, and in some cases other workers at the same restaurant who are not being abused, to help avoid detection.

The study has registered 524 cases of human trafficking in this environment. 59% are female victims and 18% minors.

Often an agricultural contract will promise an hourly rate but then pay on a piece-rate basis, which severely limits earning potential and further entraps the victims.

In this type of abuse, there have been 424 cases of human trafficking, and most of the victims are male (86%).

Workers can enter their exploitative situations through formal job offers and misrepresented visa contracts. In some cases, workers may be charged illegal and exorbitant recruitment fees, which may be a method of control to keep workers in abusive situations.

Most of the victims are male (86%), and there have been 144 cases of human trafficking registered in this sector.

In this sector, 69% of the victims are female, 4% minors, and 124 cases of human trafficking have been registered.

Supervisors and owners of landscaping companies and subcontractors are often the exploiters.

Cases involving women and children are rare, 92% are male victims.

The study has found 112 cases of human trafficking in this business.

The research has encountered trafficking within commercial cleaning businesses that provide janitorial and housekeeping services to multiple private households, office buildings, and other commercial businesses.

There have been 93 human trafficking cases in this sector.

More information on trafficker demographics is needed, but as with most trafficking types, direct supervisors and middle managers tend to facilitate abuse.

78 human trafficking cases have been found in factories.

Formal labour recruiters and carnival owners and supervisors tend to be responsible for abuse and exploitation.

The study has registered 52 human trafficking cases in carnivals.

There have been 50 human trafficking cases in this sector.

Trafficking victims in the healthcare industry are primarily found in nursing homes and as home health aides, according to hotline data.

The lines between domestic work and in-home health care can be difficult to ascertain,

since some domestic caregivers are expected to provide medical services without proper certification.

Trafficking for work in recreational facilities takes place in amusement parks, summer camps, golf courses, and community swimming pools, though it may also occur in other sectors of this industry.

Positions at these facilities include lifeguards, camp counselors, ride attendants, and food vendors.

Learn more about the work of the Polaris project by visiting its website.