Euthanasia deaths increase in Belgium by 27% every year

The largest increase in euthanasia cases is among people that are not expected to die in the near future. Belgium is the first country in the world with no age restrictions for euthanasia. 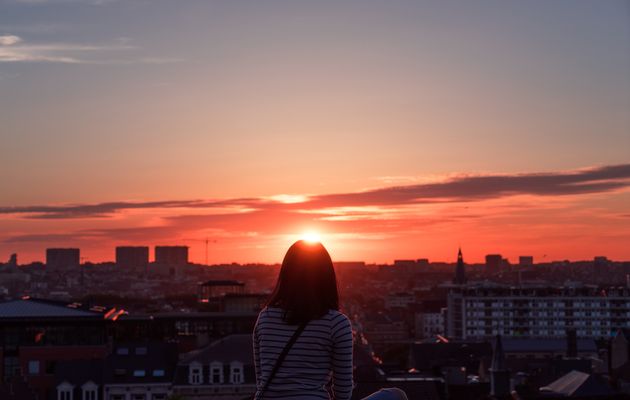 Belgium became the second country in the world to legalize euthanasia in 2002, right after the Netherlands.

The law allows euthanasia if the patient is in a state of constant physical or psychological pain. To have a deadly deadly illness is not a prerequisite.

However, the doctor has to get a second medical opinion on the “incurable” character of the suffering, and will make sure the will of the patient to put an end to life is clear. In cases of psychological illness, a psychiatrist also has to be consulted.

When the law was first approved, euthanasia was only available for people 18 or older. But in 2014, Belgium voted to extend euthanasia to children as well.

The new law allowed minors to seek euthanasia under certain conditions, if they “possess the capacity of discernment”, and parental consent is always required. Belgium is the first country in the world with no age restrictions on the practice.

The biennial report of the Belgian Commission on Euthanasia Control (CFCEE) published in 2016, showed that one in fifty dies through euthanasia. Health Ministry data reveals that euthanasia deaths are increasing by 27% annually.

According to records of the CFCEE, the number of patients using it to end their lives rose nearly eight-fold since Belgium legalised doctor-assisted death.

Although the percentage of euthanasia for psychological illness is low (around 3%), several individual cases that appeared in the media have fuelled the debate surrounding euthanasia for mentally ill.

EUTHANASIA ON THE RISE

A research of the Canadian Medical Association Journal about euthanasia in Belgium between 2003 and 2013 pointed out that most patients choosing this way to die were younger than 80 (65%) and had cancer (69%).

But the largest increase in euthanasia cases over that period was among people older than 80, without cancer and not expected to die in the near future.

According to the research, “throughout the decade, palliative or quality of life, care teams came to be consulted more often for euthanasia requests, even beyond what the law required”.

The study findings might suggest “an increase in euthanasia requests as patients became familiar with the law, and an increase in willingness to perform euthanasia as doctors became more experienced and society grew accustomed to the practice”.

Marcel Zwahlen, a researcher at the Institute of Social and Preventive Medicine at the University of Bern in Switzerland, noted that not all societal groups approve of euthanasia.

“Most of the concerns surround the ‘free will’ of the patient and whether the decision to get help in committing suicide is really free, especially for cases with neuropsychiatric conditions,” Zwahlen told Reuters.

People may also “fear that more vulnerable patients may be coerced into the decision, especially if they cannot afford care”, said Zwahlen.

Roman Catholic Church representatives are warning that Belgium's controversial euthanasia law is being abused, with patients being killed without the proper legal checks.

Auxiliary Bishop Jean Kockerols of Mechelen-Brussels told Catholic News Service last week that it is not only the Church that is expressing its concerns, but doctors and medical professionals as well.

He pointed out that Federal Euthanasia Control and Evaluation Commission has failed to refer a single case of suspected abuse of the law for investigation.

"It's shocking that, 15 years since its creation, this commission has not referred a single file to prosecutors or condemned a single doctor," the Belgian church's Cathobel news agency said in a report.

The only time that the CFCEE decided not to endorse the euthanasia of a 85-years-old women suffering depression was in October 2015.

“THE CFCEE IS ACTING AS JUDGE AND JURY”

“It is acting as judge and jury, and not fulfilling its role. It isn't broadening application of the law, but violating it”.

The bishop said that he is glad to see that debate in Belgian society over euthanasia practices is increasing.

"Even if there's little chance for now of legal changes, the Church can work on a moral and pastoral level with medical staff and support critical voices", Kockerols continued.

In Switzerland, Germany, Japan and Canada, doctor-assisted suicide, where patients take the final action themselves, is legal.

In the United States, physician-assisted dying is legal in only five states, Oregon, Vermont, Washington, California and Montana.