“The church is incomplete without people with intellectual disabilities”

Germán López-Cortacans, has presented a thesis on the image of God in people with intellectual disabilities. “Christians have to be self-critical”. 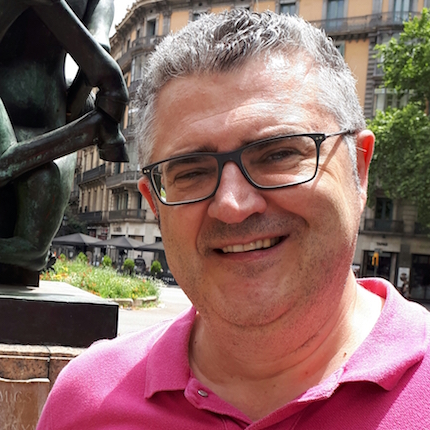 Ethics tries to answer the question, what is a person? The question has direct implications when we focus on groups of people who have suffered - or still suffer - discrimination.

People that, from an utilitarian perspective, have been often considered less useful, and therefore less apt.

CREATED IN THE IMAGE OF GOD

The topic has been addressed by Germán Lépez-Cortacans in a recent doctoral thesis presented at the University of Murcia. López-Cortacans is PhD in Medicine and Theology and works as a researcher for the Mental Health Group of the Jordi Gol University Institute, in Tarragona.

He aimed to "identify and analyzie the knowledge, experiences and feelings of people with intellectual disabilities about the meaning of being created in the image of God" .
According to Germán, these groups are still marginalised and silenced in large sectors of society. Churches are not doing everything that is possible to integrate them, he adds.
In order to change this situation, he believes that the first thing to do is listening to these people.

Q. Is this a taboo subject in our society?

A. Not that much a taboo, but what we find is that these people are being silenced, forgotten. They do not have history, we do not know anything about them. And when someone has paid attention to them, it has usually been to mock or deride them.

Recent studies show that almost 90% of pregnant women with an embryo with Down syndrome, abort.

Q. Are we in society seeing these people as a hindrance?

A. Yes. We know about the well-known university professor of ethics, Peter Singer. He believes that they should not be considered people. For him, they are only human beings. Singer used to say that if a person cannot play the guitar, does not understand Woody Allen or cannot learn a language, he has no use.

This gives us an idea of the importance of claiming that these people are not only humans, but persons. And from a bilical perspective, they are people created in the image of God.

Q. This is the central theme of your thesis. What does the Bible say about this matter?

A. From a perspective of intellectual maturity, we must admit that the Bible does not speak of people with intellectual disabilities. It does not do so for a simple reason, this concept does appear until the 19th century.

During the industrial revolution, people who could not work were considered "untrained", that is, disabled. But having said that, we can trace, especially in the Gospel, an attitude of Jesus of Nazareth towards people who were marginalized, excluded... People like those who today have intellectual disabilities.

Q. How is the perception of these people within the evangelical churches?

A. We have to be deeply self-critical. We should apologise to God, because these people do not take up the first places in the church pews. In some churches they cannot participate in the sacraments or in ecclesial life. The church of the Lord without these people is an incomplete church.

Q. In the thesis you defend a relational approach, in order to better understand how these people experience spirituality.

A. Theology has presented the image of God from three perspectives: the functional, the substantial and the relational.

Historically, theology has been based on the most substantial aspects, those that refer to self-awareness and the five senses. But the relational perspective has been left aside.

It is interesting that when we read the Gospel, we see that Jesus has a relational approach: Jesus goes to the people, embraces them, looks at them. The relational aspect goes far beyond the verbal communication, it goes beyond words.

Therefore, there is no doubt that this group has a relationship with God.

Q. How can we integrate them in society, so that they can have their place and be heard?

A. I think these people have their place in society. They can work. Many studies show that they are capable people and that, with supervision, they can perform many tasks and be remunerated.
They are people who can also have leisure, and enjoy public spaces.

But it has not always been like that. In 1970, these people could not go to a movie theater or a restaurant. Even today we find places in which they cannot enter.

It is true that we have laws that protect them, but there is still much to be done.

Q. In your research, you explain that you worked with groups in Salamanca, Tarragona and Madrid. How was this experience?

A. More than to theorise, I wanted to listen. I worked with people from Faith and Light, an initiative of the Catholic Church, formed by people with and without intellectual capacity. In this case, they were people with mild intellectual disability.

When I asked them for a gospel passage that they liked or that led them to reflect, in one of the groups they told me the story of the wedding at Cana. Perhaps many of us would make a more theological reflection in relation to the conversion of water to wine, but for them the emphasis was that in this story Jesus is seen with his mother, his disciples, with his friends, all together.

I liked very much that "being together", it caught my attention, it is often seen in their speech. It is something that they value especially.

We all know that these people are usually very affectionate, it is one of their characteristics. When they see you, they kiss you, they hug you. I think that should give us a lot to reflect on.

Q. Do you think Christians can be influenced by utilitarian ideas?

A. Our theological discourse is structured in reason, and everything that does not fit in the intellectual reasoning costs us.

That is why people with intellectual disabilities question us. They make us rethink our theological structures, to be able to go further, to understand the importance of the relationships, without leaving reason.

They show us the importance of discovering the face of the other, not only the features, but the person. So that we can recover the "you", the community.

As a church we have a long way to go, we must incorporate them into our faith life, our community experience and our liturgies.

Published in: Evangelical Focus - life & tech - “The church is incomplete without people with intellectual disabilities”