Atheism on the rise among ‘Generation Z’, study says

The children born between 1999 and 2015 are the first truly “post-Christian” generation. Some of the biggest barriers to belief are the problem of evil and a perceived hypocrisy among Christians. 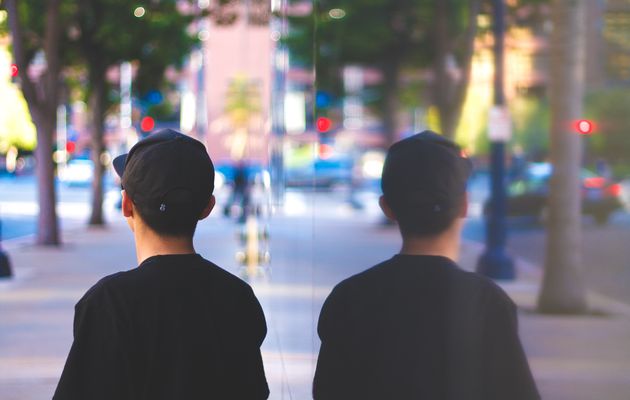 What are the values, assumptions, and allegiances in the next, next generation? After the Millennials, the 70 million children born between 1999 and 2015 are called ‘Gen Z’.

The Barna Group, in partnership with Impact 360 Institute, has published a major study, “Gen Z: The Culture, Beliefs and Motivations Shaping the Next Generation”, to show the worldview and priorities of 13- to 18-year-olds in the United States.

The research “takes a look at their views on faith, truth and the church in a time of growing religious apathy”, Barna says.

According to the research, they are the first truly “post-Christian” generation in the United States. More than any other generation before them, ‘Gen Z’ does not assert a religious identity.

According to Barna, they “might be drawn to things spiritual, but with a vastly different starting point from previous generations, many of whom received a basic education on the Bible and Christianity”. 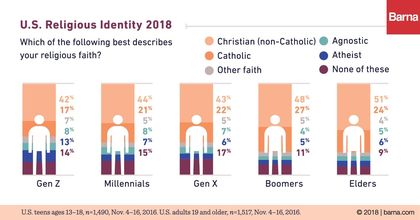 The percentage of ‘Gen Z’ who identifies as atheist is double that of the general population (13% vs. 6% of all adults).

Some of the biggest barriers to belief are the problem of evil (29%), perceived hypocrisy among Christians (23%), and the apparent conflict between science and Scripture (20%).

While ‘Gen Z’ non-believers appear less likely than non-Christian adults to cite Christians’ hypocrisy as a significant barrier, they are just as likely to say they have personally had a bad experience with Christians or a church. 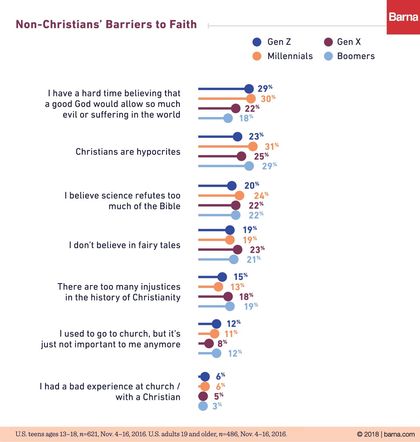 The research shows that 59% of ‘Gen Z’ in the US identifies as Christian, compared to 68% of adults. Only 1 in 11 teens is considered by Barna to be an “engaged Christian”, a category the research organization uses for those whose beliefs and practices are shaped by their faith.

“This new study shows that ‘Gen Z’ has a highly inclusive and individualistic worldview and moral code. They see the world and themselves in strikingly different ways than their ‘Gen X’ parents”, said Brooke Hempell, Barna senior vice president of research.

There’s a sense among ‘Gen Z’ that what’s true for someone else may not be “true for me”; they are much less apt than older adults to agree that “a person can be wrong about something that they sincerely believe in”.

That is probably why more than one-third of ‘Gen Z’ (37%) believes it is not possible to know for sure if God is real, compared to 32% of all adults.

IS CHURCH IMPORTANT FOR GEN Z?

More than half of ‘Gen Z’ says church involvement is either “not too” (27%) or “not at all” important (27%). Only one in five says attending church is “very important” to them (20%), the least popular of the four options.

Most of the self-identified Christians teens polled (61%) believe that attending church is not important to them, because they “find God elsewhere”.

“This reasoning is an indicator that at least some churches are not helping to facilitate teens’ transformative connection with God”, Barna researchers said. 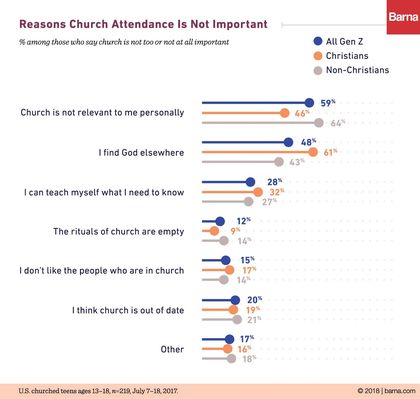 Despite the low attendance, among ‘Gen Z’ churchgoers (those who have attended one or more worship services within the past month), perceptions of church tend to be more positive than negative.

The majority of teens believe that church “is a place to find answers to live a meaningful life” (82%) and “is relevant to my life” (82%).

At the same time, half of them say “the church seems to reject much of what science tells us about the world” (49%) and one-third that “the church is overprotective of teenagers” (38%). 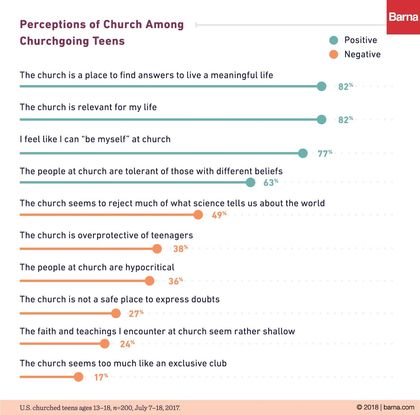 Barna research found that 12% of ‘Gen Z’ teens described their sexual orientation as something other than heterosexual, with 7% identifying as bisexual.

This generation is more sensitive to LGBT and gender issues overall, with 37% saying their gender and sexuality is “very important” to their sense of self, compared to 28% of their parents.

Additionally, about a third of teens know someone who is transgender, and the majority (69%) say it’s acceptable to be born one gender and to feel like another.

“It is a new challenge for student ministry leaders, because there is more discussion in the public square regarding LGBT issues”, Ben Trueblood, director of student ministry for LifeWay Christian Resources, told Christianity Today.

Trueblood believed that “in the past, it was possible for difficult issues like this to be brushed aside or go unaddressed entirely. But that approach cripples the purpose of student ministry”.

“Now, student ministry leaders are forced to teach what the Bible says on these issues, as well as equip teenagers to respond biblically”, he concluded.