John Stevens, National Director of the Fellowship of Independent Evangelical Churches in the UK, examines the particular challenges to sexual integrity that Christian leaders face. 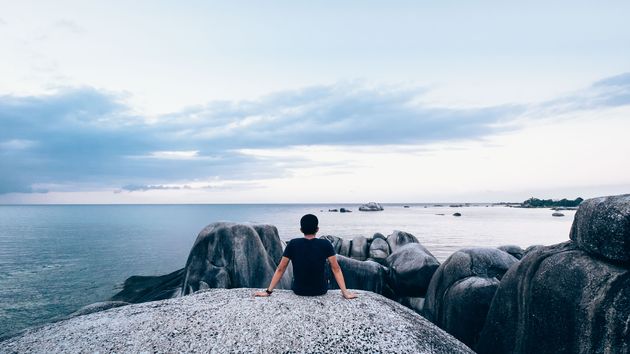 It is a tragic reality that many Christian leaders fall into sexual immorality.

Why do pastoral leadership and the service of the Lord so often seem to be a context for strong sexual temptations? How does temptation manifest itself at different life-stages of the Christian leader?

According to John Stevens, National Director of the Fellowship of Independent Evangelical Churches (FIEC) in the UK, “the Bible is utterly honest about all of the range of sexual temptations that people experience - sometimes Christians can be more naïve than the Bible is”.

“Paul urges all Christians, but specially those in leadership, to flee from sexual immorality, so that they do not even give a hint of any lack of sexual integrity”, Stevens said in an interview recorded at the European Leadership Forum conference in Wisla (Poland), in May 2017.

However, “observing high standards does not mean that Christians leaders have to pretend they do not have struggles or they do not need to fight against temptation”, he added.

“The stresses of Christian ministry can open up to Christian leaders sexual immorality, as a way of gaining quick happiness, status, or overcoming a loneliness they experience in ministry”, Stevens explained.

It is very helpful for leaders “to realise what stage of life they are at, what are their dissatisfactions with life, with sexual relationships, and then to be on guard against the particular dangers”, the Director of FIEC points out.

Question. What can we learn from the Bible about the roots and nature of sexual morality?

Answer. The Bible has a huge amount of teachings about sexual amorality and sexual immorality.

It teaches us very clearly first of all, that God created sex as a good thing, He creates us to be sexual beings so our sexual desires are part of the way we were created.

The Bible is utterly honest about all of the range of sexual temptations that people experience, so sometimes Christians can be more naïve than the Bible is, but the Bible covers the full range: adultery, prostitution, gay relationships, bestiality, incest.

It is full of stories of people, even in significant leadership positions, who fell into sexual sin, whether be David, Solomon with his many wives, or Abraham with his slave girl Hagar. The Bible is full of a very real picture of sexual temptations.

The New Testament particularly helps us, because it enables us, especially in Galatians and Romans, to know that, even when a person becomes a Christian, it does not mean that they stop having temptations and sinful desires.

Even though we are washed and cleansed - and renewed, and given a new spirit and a new heart - we still have a falling human flesh. Romans and Galatians describe the Christian life as a battle, between the new desires of the spirit and the old desires of the flesh. And those old desires include the desire of sex outside of marriage.

The Bible helps us to understand the reality of the situation in which every human being falls, and that also includes those who lead us in Christian organisations and in the church.

Q. What standard of sexual integrity does God set for Christian leaders?

A. God sets standards for Christian leaders than are higher than for those Christians who do not find themselves in leadership position, as in every area of life.

They are called to be holy, to be set part, to be godly in all areas, to be gifted for the work that they have to do. Then it should not surprise us that the Bible sets high standards for sexual integrity on the part of those who are in Christian leadership.

The Bible recognises that maybe some Christian leaders are gifted with singleness, Paul speaks about it in 1 Corinthians chapter 7. If they find themselves in that situation, they have to observe celibacy and not engage in an inappropriate sexual relationships.

For those who are in church leadership, in 1 Timothy chapter 3 one of the criteria is that those who become elders, pastors or teachers in the life of the church, ought to be, as the text puts it, a “one woman man”. This means that they are committed to the person they are married to, that they do not have eyes for anybody else whatsoever.

It does not necessarily says that they cannot be widowed and then remarried, but it does say that they must be utterly committed to the person they are married to. A high standard is expected there.

The New Testament teaches that if Christian leaders fall in sexual sin, they need to be disciplined and removed from that ministry. That again indicates the high standards that are expected.

Paul urges all Christians, but specially those in leadership, to flee from sexual immorality, so that they do not even give a hint of any lack of sexual integrity.

That is partly because Christian leaders are there to set an example to those that they lead, because leadership is not just about teaching principles but about modelling them to the congregation, to the people working in our organisation.

Observing these high standards does not mean that Christians leaders have to pretend they do not have struggles or they do not need to fight against temptation.

Sometimes leaders give the impression that they escape that battle and they are above all that. But the Bible says that we need to be honest about our struggles, and Christian leaders ought to be those who, by the Spirit, put to death those desires of the flesh and model a life of resisting temptation to those they are leading.

Q. Why are Christian leaders particularly vulnerable to sexual temptation?

One is a seeking of a physical release, the other is actually craving for the intimacy with the person.

The stresses of Christian ministry can open up to Christian leaders sexual immorality, as a way of gaining quick happiness, status, a feeling of being successful in life, or overcoming a loneliness they experience in ministry.

Tragically, there are some Christian leaders who exploit vulnerable people they are ministering to.

Christian leadership is often very relational, and leaders are usually caring for people who are weak, vulnerable or having struggles: pastors who care for vulnerable women who might have experienced difficulties in their marriages, or breakups in their relationships.

Sometimes ministry opens up opportunities of access to vulnerable people that those in other works do not have in the same way. Tragically there have also been those who have been engaged in abusing children in the context of Christian ministry.

But I also think that Christian ministry is often lonely. Christian leaders spend most of their time giving out to others, they want to serve them, to care for them, to love them, and that can cause to be emotionally draining; sometimes they become empty emotionally, so they find themselves looking for comfort in sexual relationships.

Seeking an illegitimate sexual relationship could be both a thrill or a way of seeking to gain emotional fulfilment that they might feel they are lacking.

Q. How do the age and stage of ministry of a Christian leader shape the sexual temptations they face?

A. I think that all of us experience sexual temptation in different ways, in different stages of our lives and those in Christian leadership need to be on guard against those temptations.

For many young Christians who may be single, they face temptations because perhaps they are not involved in a sexual relationship. They have not yet got married, and have sexual interest for people of their age.

Then, Christian leaders, if they are married and have children, maybe they have a great marriage to begin with, but then children come along, the pressures of ministry grow, they might be facing challenges in their marriages... And tragically they may not work on that marriage because many Christian leaders are too devoted to their ministry and do no take time to nurture their marriage.

That may lead them to find they are not enjoying the intimacy of that marriage as they did at the beginning, and that causes them to start looking elsewhere.

People heading middle-age may start to look forward for the future, perhaps they go to wife and family, and they began to wonder how life would have been be if they were married to somebody younger or more attractive.

That feeling of having reached that stage of life in which you have not accomplished everything you wanted, when there is only a limited opportunities for a second chance. That can produce a series of other reasons why people might be attracted into sexual immorality.

As they begin to age, to lose attractiveness and sexual power, that can cause people to want to try to reinvigorate themselves through a new relationship with somebody younger.

In different stages of life, the nature of sexual temptation changes, and the particular vulnerabilities of Christian leaders might change. So it is really helpful for leaders to realise what stage of life they are at, what are their dissatisfactions with life, with sexual relationships, and then to be on guard against the particular dangers.

One implication of this is that, the rules to protect ourselves from sexual immorality do not work the same all the way through life. We need to be constantly thinking about our life stage and the particular temptations we are facing in that stage, and then devise strategies to counter those specific temptation.

John Stevens is the National Director of the Fellowship of Independent Evangelical Churches, a family of over 500 Bible-centred churches in the UK, a position that he has held since 2010.

Prior to this he was one of the founding pastors of City Evangelical Church Birmingham, which was planted in the centre of the UK’s 2nd largest city in 1999. He was instrumental in starting the Midlands Gospel Partnership, was the course Director of the Midlands Ministry Training Course and is a visiting lecturer at Oak Hill Theological College.

John is also one of the pastors of Christchurch Market Harborough, a church he helped to plant when he took up his current role.

John is married to Ursula and they have four children aged between 12 and 7. He blogs on theology, church life and ministry, culture and politics.

Published in: Evangelical Focus - life & tech - “The Bible is utterly honest about the range of sexual temptations that people experience”