Lucas Moura: “I want to be remembered as a man of God”

“I have no doubt that with the presence of God in my life, He has helped me through a lot”, says the Tottenham Hotspur hero who scored the hat-trick to get the team in the Champions League final. 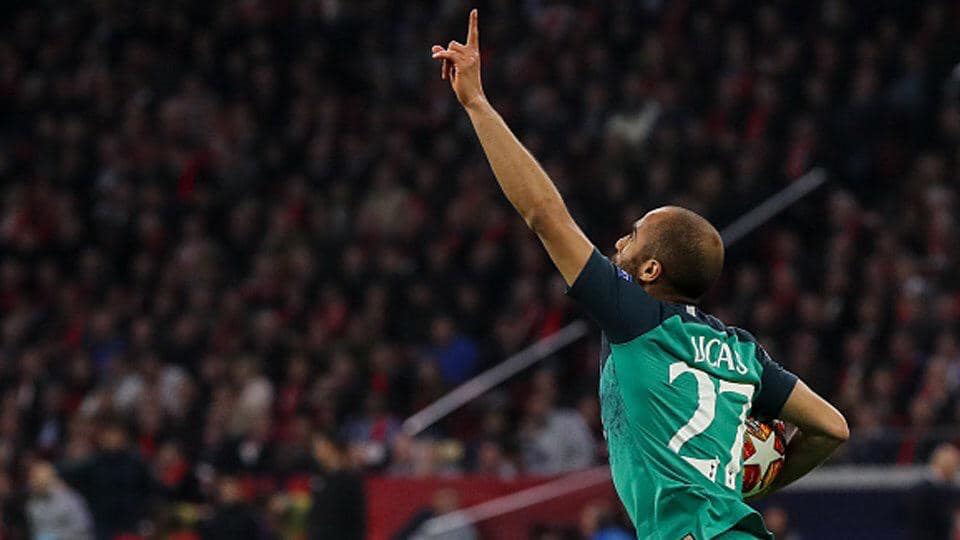 “God is wonderful”, the striker of Tottenham Hotspur said in an interview after what had been the best performance of his career.

Lucas Moura scored a hat-trick (three goals in one match) against Ajax Amsterdam in the second leg of the semi-finals of the 2019 Champions league. In the half time, the English team was 2-0 down (agg 3-0 after the defeat in the home game) and needed to score three goals.

The Brazilian player became the hero as he scored the crucial goal in the 96th minute. Tottenham Hotspue will play its first Champions League final ever on June 1.

Just after the victory, Lucas Moura uploaded an Instagram post with the Bible verse: “For with God nothing shall be impossible. Luke 1:37”

“For with God nothing shall be impossible.” Luke 1:37

A STRONG FAITH IN JESUS

Lucas Moura is very open about his Christian faith. He says his football skills are “a talent God gave me”. “Not only do I believe that it is a great gift from God and I believe that if he gave me this talent, this gift it is because he wants to use me in this environment, in the midst of football, He wants to fulfil some purpose of him through football”, he said in an interview with website xtheline.co.uk.

Moura became a committed follower Jesus Christ when he played in France with Paris Saint Germain (2013-2018). “My whole family are practically Catholic so was I until I left Brazil in 2013, where I also considered myself a Catholic, but I did not practice, I did not attend mass, I did not do anything that made me different really, nothing”.

But “after I arrived in France, I met people who came to work with me and in a very simple and very wise way they were showing me the Word of God, the Bible, showing me more about Jesus”, he told Cross The Line, a ministry focused on sports and faith.

“Coinciding with this at the time, I began to have difficulties, I was missing home, I was missing Brazil and it got me thinking a lot. I began to interest myself in what these people were saying to me and so I started to read the Bible and started to get the grasp God’s love for me. From there on, it was very fast and I began to understand the message and I fell in love with reading the Bible and I fell in love with the gospel of Christ”.

THE FINAL, AGAINST LIVERPOOL

Lucas Moura has been a Brazilian international 35 times.

Tottenham Hotspur will face Liverpool FC in the 2019 Champions League final. The ‘Reds’ also had an outstanding performance as they beat FC Barcelona (agg-4-3). Liverpool’s manager Jürgen Klopp is also a committed Christian.

Published in: Evangelical Focus - life & tech - Lucas Moura: “I want to be remembered as a man of God”