“I thought I was really useless”

The biblical work ethics clashes with a system that, according to the International Labour Organization, “experiences a lack of material well-being, economic security, equal opportunities or scope for human development”. 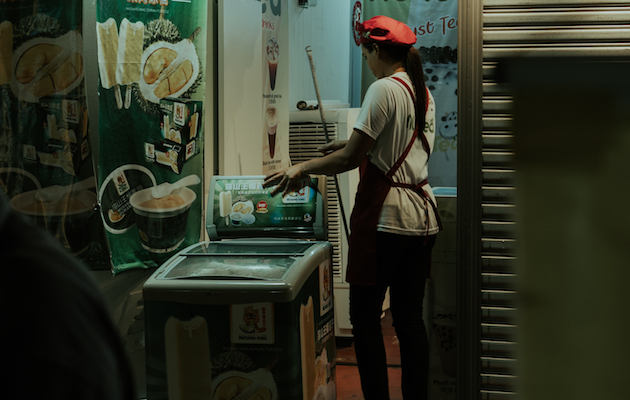 The journey of Eugenia Infante, a 28 year-old baker, can illustrate the current situation of common employees in many workplaces.

She was hired part-time in a bakery in Barcelona after a one week unpaid probationary period. Since the beginning, unpaid overtime became commonplace. Over the months, the company hired her full-time and then signed an indefinite contract. But the extra hours of work were still unpaid, to the point of working an average of two more hours per day.

“On December 26 [a holiday in the city] I had to go to work. I was not supposed to, but they sent me a message at dawn and in the end I went”, explains Infante.

The unpaid overtime, the telephone messages, and certain attitudes of her bosses led her to think in resigning. She wrote a letter expressing her reasons, in which she said that she “loved the job”, but she also “loved her family, husband, home, to support my church and serve in the work of God”, all of which was affected by the unjust labour conditions.

“At the end of the month, they came with a sheet titled 'Overtime', but it was full of blank boxes and they made us sign without even asking us to fill those spaces”, she also explained in the letter.

Eugenia decided no to resign, but something happened that would end up in the loss of the job: her pregnancy. “My boss always told me that if I got pregnant, she would 'kill me'. When I was pregnant, she also told me that no one else in the company should know about it”.

She wanted to continue working during the pregnancy, but nausea and discomfort began to interfere with her routine. “It was something that was out of my hands”. Two separate days of absence, due to vomiting and discomfort, generated a hostile reaction from her boss, who suggested her to take the holidays that she had saved.

Then her doctor gave her a leave for a week, which lasted until the time of delivery and maternity leave. “All that time I was sick, vomiting daily. Nobody called me to see how I was. The truth is that I felt very lonely”, she explains.

In its report World Employment Social Outlook, published this year with data from 2018, the International Labor Organization (ILO), says that “a majority of the 3.3 billion people employed globally in 2018 experienced a lack of material well-being, economic security, equal opportunities or scope for human development”.

The volatility of employment is what leads the coordinator of GBG (the Spanish IFES Graduates group) and of the Lausanne Movement in Spain, Jaume Llenas, to consider, “the long-term commitment and the emotional involvement with people as the main challenges that the biblical work ethic poses to the current labour system”.

“Although the companies we work for ask us for teamwork and mutual collaboration, they foster superficial and utilitarian relationships, dispatch their workers without any relational consideration, and use and throw away workers following other very different principles”, he says.

Furthermore, “this sharp contrast of values provokes the corrosion of the character, the destruction of the person”.

TENSION AND PRESSURE AT WORK

Coral Cayón, a Colombian professional on finance, experienced similar situations during the months she was working for a large textile company.

“I began to notice a tense atmosphere because of the amount of work, but also because nobody was willing to explain anything. Other colleagues muttered about the other employees. I felt very tense and unable to do my job like never before, not because I could not do it, but because of the hostility of the environment”. 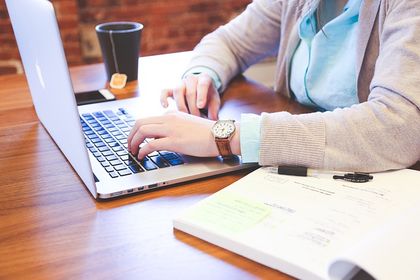 Cayón recalls that “nothing seemed interesting to me, we did not share the same values. Little by little, everything became more difficult, to the point that I was afraid to ask because of the reaction of the group”.

“It was amazing to see how they thought they were right in everything and, even worse, to think that, for them, my way of being and my inability to understand, made me me useless. I lost my appetite and I really came to think that I was really useless”, she adds.

According to Llenas, “the more precarious is the labor market of a country, the more injustices occur”.

Llenas points to the eschatological character of biblical ethics, also for work, which “always looks to the new heavens and the new earth in which justice lives, this urges us now to live just conditions and relationships, where power is not used to harm the weak and favor the strong”.

“I was very afraid to say that I was pregnant because I knew that the attitude of my bosses would change. I was convinced that after that leave they would want me to leave, so that I would not be fired and they will not have to pay compensation”, Infante points out.

Precisely, upon return of her maternity leave, the bakery told her that her position was no longer available and offered her to accept a different position, which Infante says that it was worse, or to sign a voluntary resignation waiving the compensation for the dismissal.

“If I returned I'm sure it would not be good emotionally, because they would be pressing me all the time about my pregnancy, and I would not be able to reconcile my work and my family life”, adds Infante, who finally decided to resign.

“CHRISTIANS HAVE TO TAKE RISKS”

Job instability has been one of the main topics of Global Workplace Forum (GWF), organised by the Lausanne Movement, in which Llenas has participated.

Looking at the Old Testament figure of Daniel, Llenas points out that “Christians must understand that it will not always be possible to stay on the safe side, and often they will have to take risks”.

“But those risky situations will make them necessary, essential. Their testimony of God shine before the eyes of the unjust and volatile emperor. In the end, it is their fidelity to God that makes them unique and reliable in a world of deception”, he adds.

“LIVING THE GOSPEL IN THE MIDST OF THIS SOCIETY”

And in that world of deception, “Christendom has passed and it may never come back”.

“Spain has surprised me because, being a country so developed and a country that needs children because mortality is greater than births, from the first moment a company hires a person, it can discriminate her for being a woman and a potential mother”, Infante says.

However, Llenas believes that “it is possible to seek for the good of the city to which the Lord has sent us”.

“It is not so much about ethics or morality, but about living the gospel in the midst of this society, applying grace to our labour relations, living with trust and hope in a God who has control of the times in his hand”, he argues.

“We can transform the environment of our workplace with these attitudes. We also have to look further, to get involved in the fight against the evil systems that we detect around us”, says Llenas.

At the end of the day, he insists, "Christians have always been transformers of their context so that it will not be as evil as it could be, and God's action becomes evident in it”.

Published in: Evangelical Focus - life & tech - “I thought I was really useless”