The 2020 World Press Freedom Index shows that “China censored their major coronavirus outbreaks extensively”. Norway is at the top and North Korea becomes the most dangerous country for journalists. 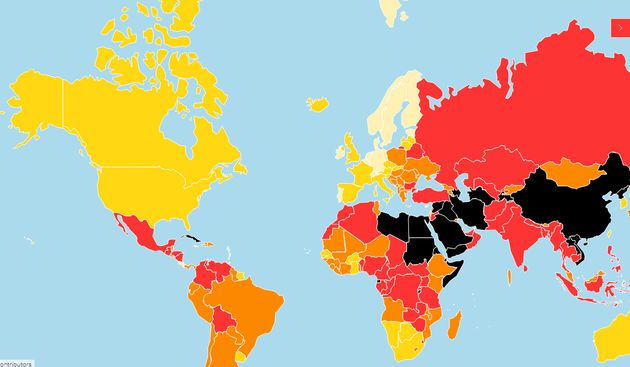 The 2020 World Press Freedom Index, compiled by Reporters Without Borders (RSF), which measures the level of media freedom in 180 countries and territories, was released this week.

For the fourth year in a row, Norway is at the top of the Index, followed by Finland, Denmark, Sweden and the Netherlands.

At the bottom of the Index, there has been little change. North Korea has taken the last position from Turkmenistan, while Eritrea, Africa’s worst-ranked country, is third, followed by China and Djibouti.

“RSF’s global indicator, which measures the level of media freedom worldwide, improved very slightly in the 2020 Index, by 0.9%. However, it has deteriorated by 12% since this measure was created in 2013”, RSF informed.

According to Christophe Deloire, RSF Secretary General, “we are entering a decisive decade for journalism linked to crises that affect its future”.

“The coronavirus pandemic illustrates the negative factors threatening the right to reliable information, and is itself an exacerbating factor. What will freedom of information, pluralism and reliability look like in 2030? The answer to that question is being determined today”, he added.

The Index reveals “a clear correlation between suppression of media freedom in response to the coronavirus pandemic, and a country’s ranking. Both China ( ranked 177) and Iran (173) censored their major coronavirus outbreaks extensively”.

Another example is Iraq (162), where the authorities “stripped Reuters of its license for three months after it published a story questioning official coronavirus figures”, RSF reported.

In Europe, “Prime Minister of Hungary (89), Viktor Orbán, had a coronavirus law passed with penalties of up to five years in prison for false information, a completely disproportionate and coercive measure”.

“The public health crisis provides authoritarian governments with an opportunity to take advantage of the fact that politics are on hold, the public is stunned and protests are out of the question, in order to impose measures that would be impossible in normal times”, Deloire pointed out.

“For this decisive decade to not be a disastrous one”, the RSF Secretary General called “people of goodwill to campaign for journalists to be able to fulfill their role as society’s trusted third parties, which means they must have the capacity to do so”. 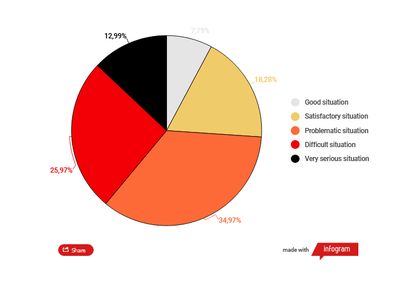 The Index underlined that “the Covid-19 pandemic is highlighting and amplifying the many crises that threaten the right to freely reported, independent, diverse and reliable information”.

RSF has evaluated five areas of crisis and their effects that “are now worsening by a global public health crisis”.

One of the main crisis affecting the future of journalism is geopolitical crisis “caused by leaders of dictatorial, authoritarian or populist regimes making every effort to suppress information and impose their worldview”.

Additionally, a technological crisis had led to “the adoption of dangerous laws which, on the pretext of restricting the spread of fake news, facilitate tougher crackdowns on independent and critical journalism”.

All this “brings about a crisis of trust, where mistrust of media outlets suspected of publishing news contaminated by unreliable information continues to grow”.

“The economic crisis impoverishes the quality of journalism […] has forced news organisations to restructure and lay off journalists, and accentuated the phenomena of ownership concentration and, even more, conflicts of interest, which threaten pluralism and independence”.

Europe continues to be the best continent for media freedom, “despite oppressive policies in certain European Union and Balkan countries”, the Index says.

It is followed by North, Central and South America, “even if the regional heavyweights, the United States and Brazil, are becoming models of hostility towards the media”.

“Middle East and North Africa continues to be the world’s most dangerous region for journalists. The recent detention of RSF’s correspondent in Algeria showed how the authorities in some countries have taken advantage of the Covid-19 pandemic to settle scores with independent journalists” RSF informed.

The Eastern Europe/Central Asia region has kept its second-to-last place in the regional ranking, while “Africa, which ranks third, has suffered major reversals, above all in the forms of prolonged arbitrary detention and online attacks”.

The greatest rise in press freedom violations (1.7%) has taken place in the the Asia-Pacific region, due to countries like Singapore or Hong Kong, “which fell seven places, thanks to its fake news law, and its treatment of journalists during pro-democracy demonstrations respectively”.