In response to an online campaign by a group of parents who wanted to see a new generation of toys with greater diversity in the playroom. 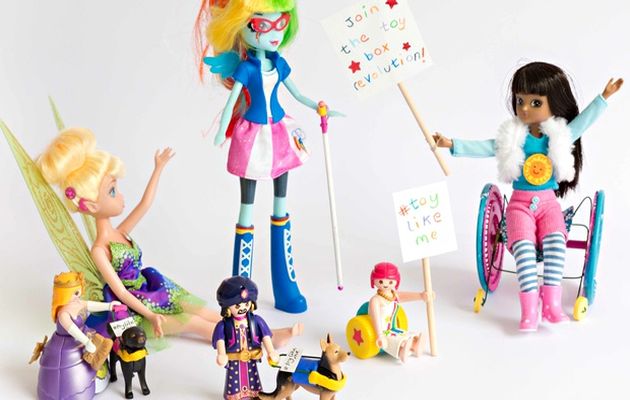 Makies noticed the #ToyLikeMe campaign on Facebook and Twitter and started producing dolls that have walking aids, hearing aids and birthmarks.

The dolls are made from 3D printers, and have accessories such as hearing aids, walking canes, and even facial birth marks. The line plans to continue expanding to include wheelchairs in the near future.

“In just the past few days we've received hundreds of suggestions and requests for Makie dolls with the new inclusive accessories, which is just amazing, and we're rising to meet that need,” Matthew Wiggins, the company’s chief technology officer, told Today.com. 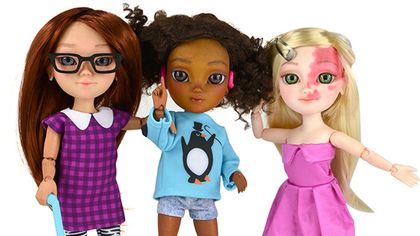 There are more than 770,000 children with disabilities under the age of 16 in the UK, meaning every one in 20 children has some disability, according to the Disabled Living Foundation.

Unsatisfied with what is available to buy, the campaign has been giving big-brand dolls home makeovers, modifying them so they positively reflect disability and posting those images on social media to inspire other parents, and more importantly big toy makers, to do similar.

Rebecca Atkinson, a journalist in The Guardian, wrote in the British newspaper how she decided to start the #Toylikeme campaign.

“Four weeks ago I stood back and looked at our toy box in a new light. A penny dropped. Not one plastic figure had a wheelchair, or a hearing aid, a white cane or any kind of disability at all”, she recalled.

That was very familiar for her, because, as she said: “I was one of those kids. I’d grown up wearing hearing aids and never seen myself represented anywhere. There were no deaf people on TV, in the comics I read or the toys I played with.”

She then “messaged two friends with children with disabilities: Karen Newell, a former play consultant for Ragdoll Productions who has a son with visual impairment, and the deaf writer Melissa Mostyn who has a daughter with cerebral palsy”, and   “set up a Facebook page and a Twitter account and started using the hashtag #toylikeme.”

They started to make their own disabled dolls, and posted the results online. Within days we went viral as parents shared our image of Disney’s Tinker Bell with a cochlear implant, and other parents from all around the world began sharing and liking Toy Like Me at a rate of one a minute.

STILL SO MUCH TO DO

Besides Makis, another company called Arklu, which already produce 25% of their dolls with glasses, has also decided to make an effort to look at ways to make more disables dolls in the future its future.