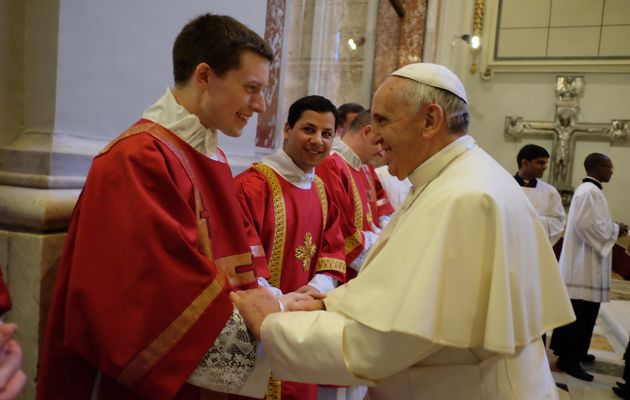 The number of Catholic priests in Europe has dropped by nearly a quarter since 1980, according to a US university study.

The Centre for Applied Research in the Apostolate (CARA) at Georgetown University found between 1980 and 2012, the number of Catholic priests fell significantly in Europe.

Abuse and corruption scandals and a decline in church attendance are thought to be contributing to the decrease. Churches in the US and Europe are struggling to find priests, forcing them to look abroad for recruits.

According to the report: "the church in Europe will struggle in the future to provide access to Masses and sacraments in its many parishes given its rapidly declining population of priests”.

“This will likely negatively impact levels of sacramental practice that have already been ebbing in recent years”, it added.

Actually, the CARA survey stated that “a growing phenomenon within the Church is the use of African and Asian priests in the United States, Europe, and elsewhere where there are too few native priests to staff parishes.”

'The most serious decline was Europe, which had a net loss of 78,090 priests during this period, representing a 32 per cent decline in this population”, said the CARA report.

The priest population in the Americas has grown only two per cent since 1980, and is down 17 per cent in Oceania.

On the contrary, Africa and Asia have better figures than before: priests in Africa went up by 131%, while priests in Asia went up by 121% - an equivalent of more than 56,000 joining the clergy. 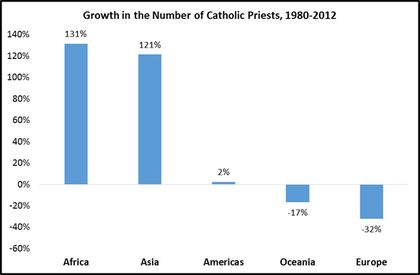 The study also pointed out that “the parishes that served the Catholic church for hundreds and hundreds of years are no longer closely aligned with the world's Catholic population and certainly not to its most frequently mass attending populations.”

CARA, founded in 1964, is a non-profit research center that conducts social scientific studies about the Catholic Church.