Kovacic belongs to Real… and to Jesus

“I have no problem in admitting that I believe that my faith gives me strength”, the young Croatian  player explained. He often wears a shirt that reads “I belong to Jesus”. 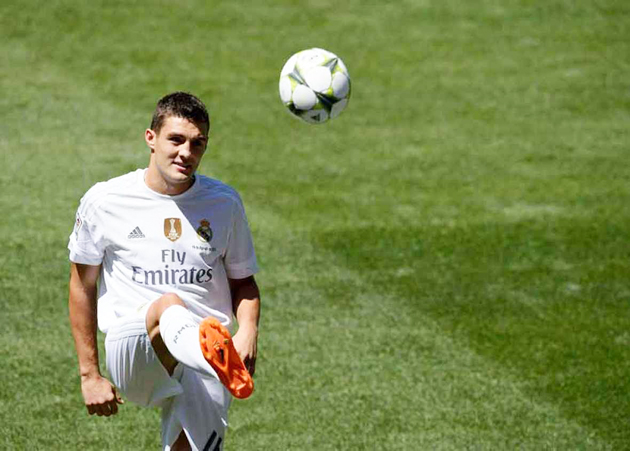 Kovacic was introduced at the Santiago Bernabéu stadium. / RTVE

After becoming a well-known football player with Dinamo Zagreb, the Croatian went to play with Inter Milan. Now he has become the newest Real Madrid football star.

Kovacic was introduced to his new fans and the media on Wendesday in Real’s stadium Santiago Bernabéu.

He is only 21 years old and is seen as one of the jewels of the Croatian national team. He plays in the middle field and has skills both in offensive and defensive tasks.

Madrid paid about 30 million Euro for the transfer, and he signed for 6 seasons.

“I BELONG TO JESUS”

Kovacic also “belongs to Jesus”, as he explains: “I have no problem in admitting that I believe that my faith gives me strength, it helps me to play better.” 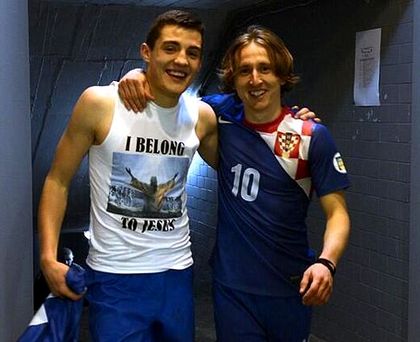 “Not always, but often I wear a shirt with the image of Jesus under the official team shirt”, he explained in an interview after he arrived to play in Italy.

In 2013, a photo of Kovacic and Luka Modric (a more experienced Croatian player, also playing for Real) became viral. Both were celebrating Kovacic’s great performance in a match against Serbia.

Other prominent football players who have publicly share his faith in Jesus Christ “I belong to Jesus” are Kaká, Falcao, David Luiz. Neymar and Bacca (“I dedicate it to God”).

Published in: Evangelical Focus - life & tech - Kovacic belongs to Real… and to Jesus