The deception of Authenticity

Are our emotions and feelings, our explosive characters or our desires more authentic than our responsibilities? 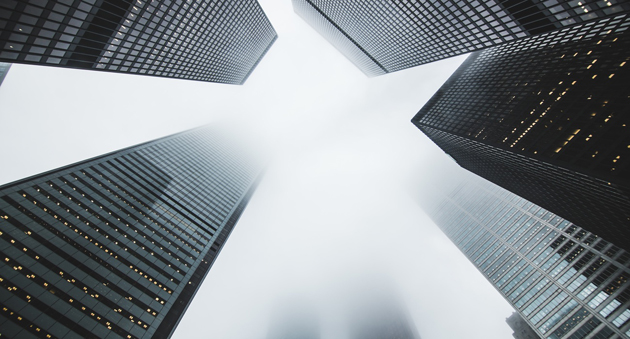 We live in a world that is governed by many things, some better than others.  The majority are far from what God has clearly marked out as His will for the lives that He created, and we of course, are included in that.

Every day, we’re faced with problems that are derived from the twists and turns of daily life and when faced with our current afflictions, we often ask ourselves where our discomfort comes from. We’re immersed in personal, family and social drama and in the process discover that, even though it may not seem to be the case, our wrongs are as old as their consequences.  Today, just as long ago, there is nothing new under the sun.

In our time, we’re particularly concerned with modernity, with everyone following a determined pattern (apart from those who are different of course, because that’s the new tolerance).  We’re concerned with standardising our likes and priorities, with becoming more pro to a consumerism that now no longer includes only material products, but also experiences, relationships and even people.

Without a doubt, “authenticity” is also one of the values that moves our world.

Today’s current values such as hedonism, individualism and materialism, are a ticking time bomb set within each person’s gearbox.

It’s when attempting to show ourselves to be truly “authentic” that we’re most likely to put our foot in it.  We suffer the biggest dramas when we’ve previously managed to conveniently cauterise our awareness of what it means to be “authentic,” putting everything that’s to do with ourselves over and above what is good, right, kind, respectable and defendable.

That’s to say, the “authentic” according to today’s world, is too close to what has always been considered to be “selfish.” The fact that we give it a more trendy name, doesn’t suddenly convert selfishness into a virtue.  It means calling the good bad, and the bad good, something that the prophet Isaiah soberly warned us about many centuries ago.

For today’s men and women, being authentic means not denying themselves anything, being “sincere” with the truth without covering that sincerity with love.  It implies casting aside anything that sounds “sentimental” (which is no more than what many others would call empathy, common sense, or considering other people’s needs).  That’s now considered to be completely “old fashioned”, that’s to say, out of fashion.

We confuse hypocrisy with being sacrificial and kind.  Because, essentially, being generous and disinterested costs us; it goes against our nature given how rotten we are deep down.  As we’re immersed in a culture that doesn’t make an effort, a lack of self-interest isn’t considered to be something positive.  To be good is for the stupid.  What’s important is to be authentic.

The first consequence: Everyone else is obliged to accept our worst self, because we’ve removed the concept of denial or surrender from our vocabulary and from our behavioural repertoire. Never the less, at our most incoherent we continue to expect generosity from others (because it’s something that we appreciate, let’s not be true hypocrites now and deny it).

In the light of this “great authenticity” that we defend, we then consider whether it’s truly as beneficial to our community as we believe.  Or perhaps we don’t believe because we’re ambivalent about being truly authentic, about the fact that the world falls off a cliff while we do our own thing, while our immediate concerns are in sync with and backed up by the majority.  Never before have individual responsibilities been so blurred by the masses.

Are our emotions and feelings, our explosive characters or our desires more authentic than our responsibilities? Are the new relationships that we form more authentic than the old ones, those with whom we’d perhaps made life pacts that shouldn’t be broken on a whim?  Is it more authentic when we bluntly say the truth than when we are frank but loving and empathic at the same time?

Is it more authentic to attack than to love, to be negligent than attentive?  Can anyone explain to me how surrender or sacrifice have passed from being considered virtues to being considered hypocritical or something even worse, absolute stupidity?  And how many Christians, redeemed by the blood, have come to believe all this rubbish and to integrate it into our form of behaving amongst ourselves?

Taking this topic even further on to our own territory, it worries me that as Christians we’re capable of combining these things with a Gospel that has God’s Himself made flesh and sacrificed until death on the cross at the very heart of its message.

To be authentically Christian implies authentic sacrifice, as we can’t expect less from those who’ve been saved through the best Sacrifice.  The contrary results, forgive my stupidity because I don’t understand it, authentically inexplicable.

Published in: Evangelical Focus - The mirror - The deception of Authenticity