In order to worship, it is necessary to truly understand who we are and who the God of all ages is, over and above what He does for us. 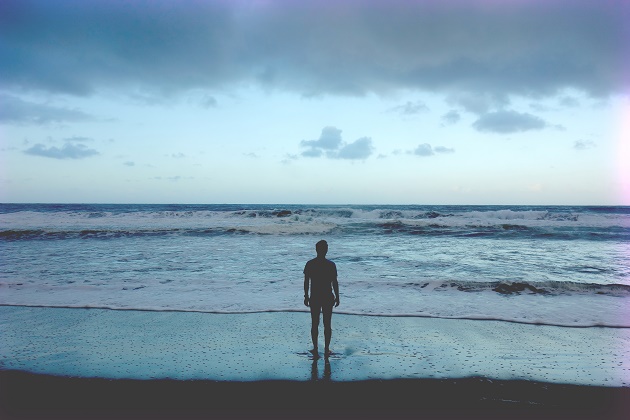 For me, the topic of worship continues to be one of the most difficult things about the Christian life.

I know that what I’m saying seems absolutely ridiculous, because we suppose that a Christian, apart from being a follower of Christ, is known to be a worshipper of the only true God.  But I worry that it’s not as simple as all that, at least not for me.

Not long ago, I listened to a sermon about the song that the people of Israel sang to God after they’d been saved from death by drowning in the Red Sea, and I recognised that I found it difficult to totally agree with the approach that the preacher was taking. That this song was from a people who were pouring themselves out before God, recognising His character, and understanding at last the kind of God that they had.  Perhaps it was exactly like that.

I don’t want to question that option in itself.  But I still don’t see it.  Because, looking at the context just before and after, it gives me more the impression that the people of Israel hadn’t understood much more than the fact that they’d been saved by the skin of their teeth and that, of course, it had been God who had done it.  Who would they give the credit to otherwise?

The truth is that a few days later, they were once again ranting, questioning God and yearning for all that they had in Egypt. We do exactly the same with our own Egypt, or the life that we left behind when we embraced the Gospel.

The two things could appear to be the same, but that’s not the case.  In the first case, with a people who are truly worshipping their God as He wants to be worshipped, we’re talking about people who are getting to know and treasure the truths that they’re discovering about the God who took them out of Egypt, who does wonders and who had even just saved them from the Egyptian army and from a sea that crushed them.

Without a doubt they’d worshipping in the midst of their limitations, because our mind and ability to understand is just enough to get by and, sometimes, not even that.  But their action would go further than thinking that God only deserves to be worshipped when He saves us or when He has given us what we want.

The act of worship is so brief, though intense, that there’s room for doubt, and that forces me to ask a lot of questions. To be honest, the answers are quite depressing as regards the quality of our worship.

True worship, a life of worship and not merely a momentary sense of rapture, implies that one has a reasonable memory, rather than the brain like a sieve which the Israelites portrayed, and which we ourselves also so often demonstrate.

It also involves preparing oneself during the moments of salvation by assimilating a “theology” about the trial and about salvation that can be invoked when the trial has to be faced once again, because that moment will always arrive and God is not only worthy of worship in the moment in which He’s executing His salvation, but also whether or not that salvation arrives.

It’s in that second example where I see the people of Israel and where we ourselves are often also found. It has to do with a people that are caught up in euphoria, but not much more than that (which isn’t to say that Mary, Aaron, Moses, and some others didn’t understand much more than the rest and that that their worship wasn’t a true, genuine, mature act.  I believe that it was, much to the shame of the rest of us, including ourselves).

But for the majority I have the feeling that it was like the euphoria of winning the lottery, or of seeing that their life and their physical integrity have been seriously compromised and now they’re not.  Because many of our acts of worship are, in a very reduced sense, surges of adrenalin, but fairly lacking in content and very poor in regard to knowledge and deep convictions about who God is and about His character.

How much was circumstantial and how much was knowledge and recognition of God? Only God knows that, but it would be good for each of us to ask ourselves the question.

So many times we celebrate what God has done, which is ok, but we’re not celebrating God Himself.  And it’s true that He reveals Himself through His works, but He is so much more than that.

For us, on another level perhaps it helps us to understand this; we like others to be grateful for the things that we do for them, but it goes further than that, a lot further. We hope that they will love us for other things, for ourselves, for who we are, however we are, whatever we do, and not simply for convenience.

In making this reflection, I’m not judging anyone else any more than I’m judging myself. I am conscious of what is costs to be a true worshipper, one who worships in Spirit and in truth, who doesn’t have hidden motives for worshipping, who doesn’t need special music or a social gathering to get going and worship.

I’d like not to be a convenience worshipper, like those children who seem to dote on their parents in order to receive what they want or, as many times we do, only remember God because of the great salvation that He’s given us, without retaining anything of His character, or His mercy both of which are eternal and don’t change depending on the circumstances.

I feel as if on many occasions, my vision of mankind is fairly pessimistic.  But I don’t see anything different in the revelation that God’s given us through His word.  We are like that.

That’s why this continues to be such a difficult assignment for me, because in order to be able to worship, it’s necessary to understand who we really are and who the God of the ages is, over and above what He does for us.

Published in: Evangelical Focus - The mirror - Worshippers of convenience