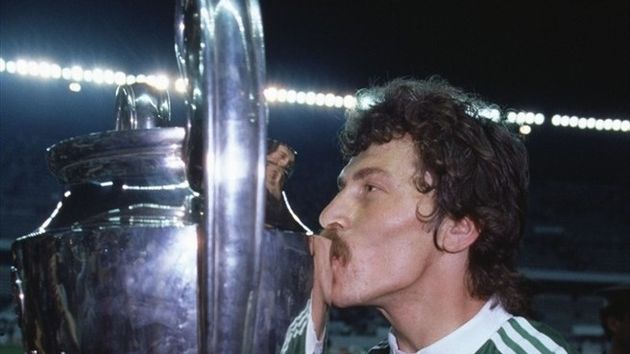 The final of the 1986 football European Cup was played in Seville. The King of Spain promised a Mercedes Benz to the man of the match.

It turned out to be DUCKADAM, the goalkeeper of Steaua of Bucharest, which defeated Barcelona F.C. Ducadam was the true hero of the match for saving all the penalties he faced, after the match ended 0-0.

Afterwards, Duckadam was not heard of again, until not long ago, with the fall of the communist regimes. Apparently, when the team returned to Romania, a close relative of dictator Ceaucescu decided to keep the car that Duckadam had won, and as he did not agree, they broke his fingers with a hammer.

Life is full of incomprehensible suffering. We often ponder the reasons for many situations... and there do not seem to be answers. Every day we listen to many stories that we do not understand. Stories full of wickedness, hatred, suffering.

These things seem illogical. But the worst thing is when it happens to us. If other people's suffering does not make sense, it is far less so when it happens in our own lives.

How many times we have seen a servant of God, the person who deserves it the least, fall into the deepest dark of pain.

How many times have we known of accidents that take children; insoluble financial problems for those who have done only good; model parents whose children have left home; the best wife in the world left by her husband, and hundreds of further examples. Incomprehensible examples of suffering.

Our days and nights are full of questions. "Why? Why? Why?"

God knows the suffering as much as we do. He gave his own son to be killed by his enemies. And let us not forget that when Jesus was on the cross, he carried ALL the suffering of the world.

Nobody has borne any suffering that he has not carried. He is the only one who can understand our questions. Only in him can we find consolation.