Lloyd-Jones: Five Key Principles for the Future of Evangelicalism

How Lloyd-Jones can help the evangelical church today. 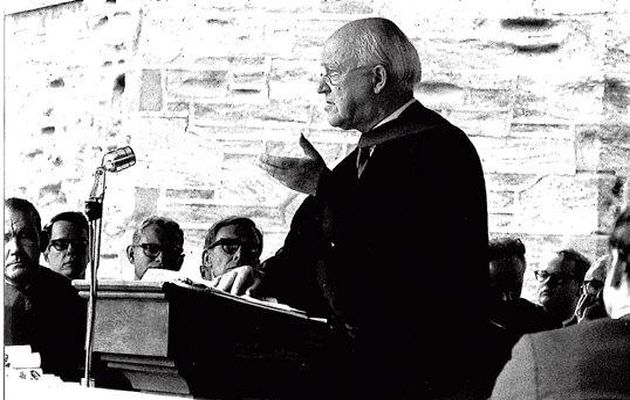 Today, some twenty-seven years after the book’s publication (1990) and thirty-six years following the departure of the beloved Doctor (1981); we hope to draw attention back to Lloyd-Jones’ leading ecclesiological convictions in order to revive them for our generation.

1.- In every situation, the main thing should always be put before the details.

In all matters of church unity, there are certain fundamental questions that must never be bypassed i.e. ‘What is a Christian?’, ‘What is the Gospel?’ and ‘What is the church?’

Lloyd-Jones was adamant that church was the assembly of Christians, that is, those who believe the apostolic Gospel regarding Christ’s atoning death and literal resurrection.

Any ecclesial movement which seeks to add-on or take-away from this pivotal Gospel message has no right to be considered as Christian.

The Welshman, thus, was fiercely opposed to non-evangelical ecumenism due to its open unwillingness to point out that those who do not believe the gospel do not ultimately belong to the church of Christ. A Christian who does not embrace the gospel of God is an oxymoron.

2.- The negative should never be allowed to displace the positive.

The Doctor was well aware of the need to speak out against compromise seeping into the evangelical movement as a whole.

Nevertheless, he was also convinced that Christian leaders and believers were not only obliged to denounce apostasy, but also to fight the Lord’s battles with a great spirit of love for God’s people and joy in one’s heart.

The minister of Westminster Chapel highlighted that regenerated souls must be a rejoicing people, giving God the glory in the midst of great turmoil. God’s children are to be full of praise and thankfulness even as they wield the blessed sword of the Lord (Psalm 149:5-6).

Therefore, miserable melancholy and gloomy glumness should be so much as named amongst them. Their Lord, their Father, their God is always on the throne.

3.- The extraordinary work of God should not lead us to forget His common work.

Lloyd-Jones’ prayers were thirsty for a mighty moving of God. He was fascinated with the study of revival in the history of the church. The subject never appeared far from his mind.

But he was equally passionate about the need of a daily consecration unto the Lord in normal Christian life.

The preachers stressed that two realities had to walk hand-in-hand: the blowing of God’s sovereign Spirit and an ongoing reformation in the name of the Word of God.

Reformation and revival complement one another. Revival without reformation leads to mysticism. Reformation without revival produces dead orthodoxy.

Although revival, in the last analysis, depends upon the hand of the Lord; the church must be working diligently preparing herself for the days when the Almighty would once again visit His people in Holy Ghost power.

4.- The need for balance, moderation and self-examination in all matters of controversy.

In spite of Lloyd-Jones’ apprehension about the growing ecumenical tendencies within Anglicanism, he was always quick to emphasize that there were many good believers within the Church of England.

He applied the same gracious rule of thumb to the emerging charismatic movement, persuaded that many were indeed true Christians even though they were caught up in a system which elevated experiences and spiritual gifts to the detriment of sound biblical teaching.

In every controversy, the Welshman exemplified the same balance, moderation and self-examination that he demanded of others.

He was patient with his theological adversaries and was willing to sit down with them to hear them out.

After all, he wanted to help them. However, he also spoke with great plainness and forcefulness when one of the cardinal points of the Christian confession was at stake.

5.- A consciousness of the end of time and of the duty of one generation of Christians to prepare the next.

Lloyd-Jones, as in the case of any other truly leading evangelical preacher, lived between two worlds. Desiring the coming kingdom, he dedicated himself to raising up a new generation of leaders for the days ahead.

He had one eye on this side of eternity and the other eye on the next. 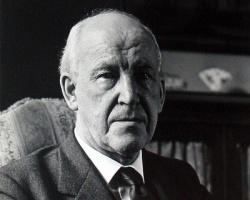 During the week he was fond of preaching in churches of young ministers who needed some encouragement and good old godly counsel. He also set to work on printing books to help the up-and-coming preachers.

As Murray explains, “Heaven was before him but he still thought of the long term for the church militant and that is why a chief part of his time in the 1970’s went into the preparation of books ad into the encouragement of the men who would be continuing the battle when he had gone”.

It is our hope that these five principles which we have touched upon today can prove to be of much use for contemporary evangelicals.

-  In every situation, the main thing should be put before the details.

-  The negative should never be allowed to displace the positive.

-  The extraordinary work of God should never lead us to forget His more common work.

-  The need for balance, moderation and self-examination in every matter of controversy.

-  A consciousness of the end of time and the duty of one generation of Christians to prepare the next.