Sometimes, even in our Christian life, obedience results in sadness. 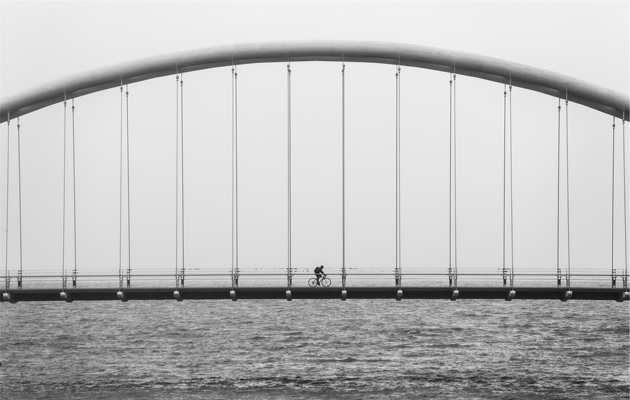 I identify with one of those Biblical people that we often overlook, never considering that what is said about him could have anything to do with our own life.

I refer to the young rich man whose encounter with Phillip is in the gospels (Matthew 19:16-24 and Mark 10:17-25.) Many of us could probably think of a whole host of people that we find it easier to identify with and to consider with compassion and empathy. And more so during the times in which we live!  It’s almost a given that such an abundance of wealth wakes up many emotions in us. These may include envy but it’s hard to believe that one of those emotions would be mercy, unless  we understand the message of the passage relating his situation and therefore understand that in spite of his great wealth, he was also the unhappiest of men when that wealth separated him from true salvation.

Anyway, I just want to focus on one aspect of the passage. This man, after knowing what he must do to be saved, having understood what he was missing, was discouraged, he turned around and left, sad because he must give up his great wealth.  It was the condition in order to inherit eternal life, and it was hoped that following that, he would go after Jesus and follow him.  He left sad, having understood what was being asked of him, because deep down he knew that it was something that he didn’t want to do.  And sometimes, in our own Christian life, obedience results in sadness.

My understanding is that when we often pass over this passage it’s for a very simple reason: we don’t consider ourselves to be rich, and as such it seems that what was said to this young man isn’t for us. Next chapter. But allow me today to do an extrapolation which is perhaps not very orthodox. Allow me to apply some principles that are even less orthodox. All of us, both those who believe in Jesus and those who don’t, are rich in one way or another. Perhaps we don’t have access to all the material possessions that we would like to enjoy, or maybe those that are in our reach involve so much effort in achieving them that we even lose the enjoyment once we have them. But now understand that I’m not referring to the material on this occasion. I’m talking about another type of wealth, a variety of things that bind us, that are our chains here, our own idols.  These things may even block true discipleship and take on a new route beyond the Teacher’s footprints.

When, in our conscience and inner conviction, we’re invited by God Himself, in the same way as he appealed to the rich young man, to abandon those things that bind us, our own wealth, whether it’s material or not, and to direct our gaze and our steps in another direction, we often receive this calling with deep sadness, knowing that following Christ has a price and that to be a true disciple involves an even higher price that we’re not always willing to pay. We know that He calls us to obey when in moments of inner turmoil, we even deny our own reality and try to avoid God’s voice. At last it becomes audible in our heart and it speaks to us so loudly and clearly about what we must give up, replace and consider….

And it’s in that moment that the emotion that emerges in us is one of sadness that makes us face up to the reality of how important the things of this world are to us deep down and how much we continue to be bound by them. Being sensitive to the reality of this sadness doesn’t simply mean to say, “I have obeyed the Lord with joy.” (something that in one sense it very good, but it’s not enough).  I firmly believe that from this sadness has to arise a deep analysis that brings us to a greater understanding about how similar we are to this rich young man, about how much we hold on those things that we’re no more than stewards of, including our dreams and the desires that we harbour in our hearts. Also our fears which block that total trust in a Lord who doesn’t tire of doing good and whose promises take us to a destiny that is infinitely better than anything that we can gain here. It is better than the best of our possessions.

Deep down, the treasures of eternal life weren’t enough for the young rich man. Perhaps in his mind they had become something else to potentially add, but they weren’t something that he valued enough to give up his material possessions in exchange. Unfortunately, we also don’t always feel that what the Lord promises us is enough. Perhaps we believe it intellectually, but it’s in our heart that these truths really take shape. Faced with all the difficulties that we find on the way, those that hold us back from surrendering to an all-sufficient God, who gives us more than we could ask for or understand, we have to think that our heart continues to be too attached to our own riches and that is the reason why our obedience is sometimes accompanied by deep sadness.

Maybe our prayer, like that of David, should be “Restore to me the joy of your salvation and grant me a willing spirit to sustain me” (Psalm 51:12)

Published in: Evangelical Focus - The mirror - The rich person’s sadness