I bind these words! 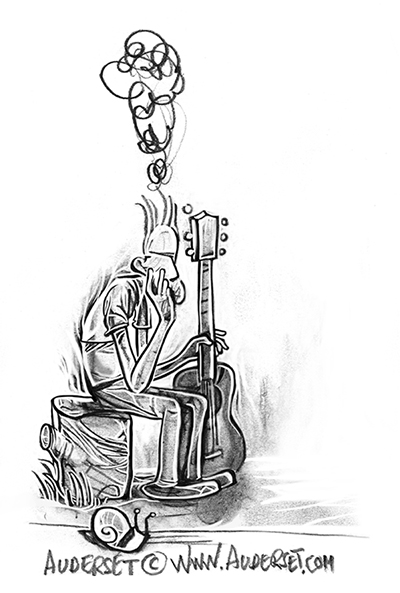 The humor method
I exasperate my more intellectual friends because I’m not always the sharpest knife in the drawer. So much so that sometimes they say:
– My goodness, you’re really d…* or are you messing with us! ! ?
I often come back with a joke to try to defuse the situation, take the sting out of the insult, reduce tensions and generally act as if it’s no big deal... However, oftentimes that just makes the people I’m talking with even madder!

After the conversation, they’re more annoyed than before and have given up ever being able to make anything of me because I’m such a dyed-in-the-wool goofball.
It’s when I’m on my own that the insult really starts to hit home because I make the fatal mistake of thinking that they were probably right in what they said about me...
arrgh, I hate it when that happens! ! !
The binding method
‘Whatever you bind on earth will be bound in heaven...’ (Jesus, in the Gospel of Matthew 18:18)
Now, when someone puts me down, (even if they’re just joking) with:
– Poor old Auderset! You’re really not the brightest bulb in the box.
Quick as a flash I say:
– I bind these words! I’m just different to you (and in Psalm 139, God even says that I’m wonderfully made, okay? !)
It works, too! ! ! The poison of this word is stopped at its source! It works for all kinds of deceitful and negative words like: ‘I’m such a loser’, ‘we’ll never be able to do it ’, and ‘that’s just the way it is...’

Passing the method on
Over time, the celebrated phrase ‘ I bind these words!’ has become a must for all the staff and the short-term volunteers at my studio who have spread this custom to every corner of the globe, or at least, wherever they have volunteed (I’ll say volunteed if I want to!). In Canada, Alsace or elsewhere, no-one now dares to verbally abuse them!
It’s been a real boost for me, it’s changed the atmosphere here and it’s such a positive truth…

Oh my word, how dumb are we…

DUMB!?: I BIIIIIND THESE WORDS!

Published in: Evangelical Focus - Appointment with God - I bind these words!