Dig up your bike!

Even those who say God doesn't exist blame Him when things go wrong. 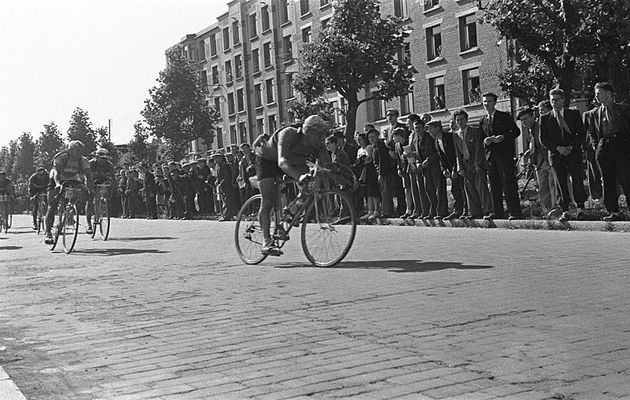 The 1947 Tour de France had an unexpected ending: BRAMBILLA, the leader, fell back in the last 100 km of the race, and ROBIE won.

After many assaults in the last few stages, Brambilla couldn't face that final one, and he lost the race. He was so disappointed he buried his bicycle in the garden!

Many people follow Brambilla's example by "burying their bikes". They give up on their relationship with God because of some failure. Others do it in favour of other, senseless, beliefs.

Many think it's a simple matter to talk God down. They point to the hundreds of dreadful problems in the world: poverty, hunger, disaster, evil, death and desolation, etc.

There are hundreds of unanswered questions, and many think that the best way to explain the world is to say that God doesn't exist, and that if he does, the world has got out of his control.

Nothing could be further from the truth. God is there, in control of everything. He didn't create evil; we accept and promote evil when we go against his laws.

Look carefully at your surroundings. Do you really think God is at fault for everything you blame him for? Think of world hunger. Who distributes wealth - God or man? Who causes all the many deaths that occur every day? Well - who kills others for power, money or pleasure?

Look closely at life's disasters, and then look within, because evil exists in each one of us.

Nothing good can come of rebelling against God. How can you blame him for what happens in a rebellious world? We ignore him for years, and then when something goes wrong, is it his fault?

Even those who say God doesn't exist blame him when things go wrong. How contradictory! Isn't the fault in us?

Perhaps we haven't the courage to face our own sin. Maybe we've "buried our bikes" in order to ignore our own mistakes.

Published in: Evangelical Focus - Finish Line - Dig up your bike!