Anything other than believing God's Word is cheating. 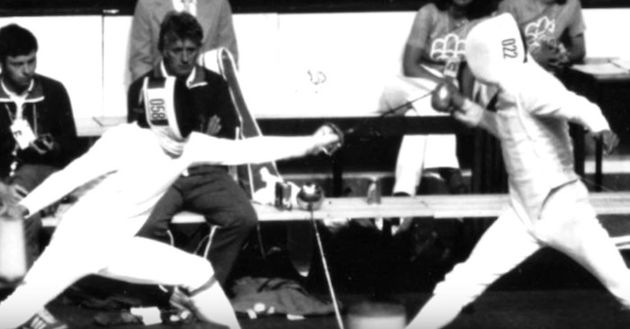 Boris Onischenko in the 1976 Montreal Olympics. / You tube capture.

During the 1976 Montreal Olympics, one participant was winning all his fencing matches in the Modern Pentathlon, the Soviet competitor, BORIS ONISCHENKO.

He won so often and so quickly that people started to suspect something was up.

In the end it was discovered that his foil was fixed so that it registered a "touch" without having made physical contact with his opponent. He was immediately disqualified. You can't win by unlawful means.

Many people have tried to draw near to God by "cheating", using means that transgress God's laws to get his attention.

Yes, it's cheating when you do something that isn't necessarily wrong in itself, but is against the rules.

You may say: "But I live a good life, help others, and I try not to hurt anyone!" That sounds good, and you are a good example, but it counts for nothing before God.

He set up the "rules of the game", and all your efforts don't measure up to His Word. People try to find ways to "buy" God's approval, but it's no good, no matter what you do.

You can make great sacrifices, do terrible penance, use complicated rituals and engage in impressive social action, but it won't help. In a way, that's just cheating God, because he can't be bought.

God accepts only humility. The one who comes to him empty handed, knowing he or she is unworthy, finds the doors of salvation open. He who realises he can do nothing by himself is well on the way to a bright future.

You don't believe me, eh? All the good you could ever do would never measure up to God! The rules are simple: you must either be perfect (and no-one is), or you must realise you can do nothing in your own strength.

That's why God teaches us in his word that we are saved by grace alone. In other words, grace is free. It's that simple, but that clear: those are the rules of the game.

What can you do? Accept it! You have to believe what God has said. Anything other than believing God's Word is cheating.