Nothing in the world is comparable to the person of Jesus Christ. 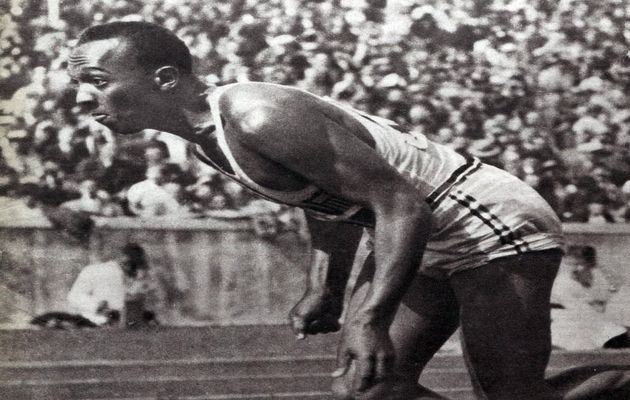 He was called the greatest athlete in history. He was the first runner to win four gold medals in the Olympic Games. His name was JESSE OWENS.

His world long-jump record (8.13 m) was unbroken for 25 years. He was an exceptional man!

Today we still remember Jesus' words when everyone admired the beauty of the temple. He said, “One greater than the temple is here”. He was speaking about himself: there is no-one greater than Jesus.

Nothing in the world is comparable to the person of Jesus Christ. Do you know why? He is God himself, made man.

All aspects of his life, words, acts, demonstrations of power, his death and resurrection, his appearances throughout history, show us that he was not just a man. He is what he said he was: God himself.

Many have tried to twist the reality of the Bible message, but there is no doubt that God has revealed himself to us through the glorious person of the Lord Jesus.

One God manifested in three different persons: Father, Son and Holy Spirit. The whole Bible teaches us about the unity of God, and at the same time the diversity of the three persons of the Trinity. There is no other way to interpret the word of God.

This is precisely what many cannot accept. You can easily identify cults today by using one simple test: they don't accept the message revealed in the Bible, and the Lord Jesus as the one mediator.

What does that mean? They all add or substitute something for the Lord Jesus as the one mediator between God and mankind. If anyone shows you a different way to come to Jesus, you're headed in the wrong direction.

Even if they talk about God and the Lord, if they don't recognise Jesus as GOD and LORD over all, they're deceiving you.

Remember Jesus' words; he doesn't leave any other alternative. “No-one comes to the Father but by me”.  When someone tells you something you don't understand, don't argue; just ask them about Jesus, he who is greater than all.

Ask them about his relationship with the Father and the Holy Spirit. Ask them about his deity, and you'll know right away if they really follow the word of God or not. Don't forget that the one who is greater than all is with you.