Do science and religion contradict one another?

Today secularist and religious camps have grown so far apart. In Einstein’s perspective, science and religion are not in contradiction, 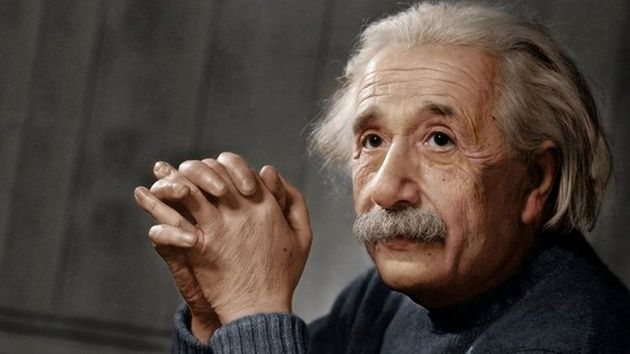 “Does there truly exist an insuperable contradiction between religion and science?”, asked Albert Einstein.

This question has dominated some of the most important debates of the last centuries, yet today secularist and religious camps have grown so far apart – in language, method of knowing, accumulated prejudices, communities and institutions in each side – that a true, sincere encounter between the two sides seems hardly imaginable.

But the answer of a scientist at awe with the universe may surprise us:

“Does there truly exist an insuperable contradiction between religion and science? Can religion be superseded by science? The answers to these questions have, for centuries, given rise to considerable dispute and, indeed, bitter fighting. Yet, in my own mind there can be no doubt that in both cases a dispassionate consideration can only lead to a negative answer.”[1]

In Einstein’s perspective, science and religion are not in contradiction, not will ever one render the other useless.

Einstein arrives at this curious conclusion for two reasons.The first regards the origins and motivations of science. “… science can only be created by those who are thoroughly imbued with the aspiration toward truth and understanding.

This source of feeling, however, springs from the sphere of religion. To this there also belongs the faith in the possibility that the regulations valid for the world of existence are rational, that is, comprehensible to reason”. [2]

To aspire toward truth, and to believe that our universe is stable and intelligible, assumes the intentional work of a Creator, in other words.

Einstein points here that the birth of empirical science did not emerge in ancient Greece where, though there was philosophical debate, a polytheistic view of gods at war with one another did not foster an a systematic investigation of reality.

There were exceptions, of course, such as Aristotle, but who believed precisely in a primal Cause behind the universe. Instead of Greece, empirical science emerged in early modern Europe, in the times of Copernicus and Bacon and Galileo, inside a Christian framework.

Only after centuries of belief that the world was caused, that it was stable and reasonable to the human mind, could modern science be born.

If Einstein’s first reasoning regarded the motivation for science, his second consideration examines the effects of scientific enquiry. The person in the lab, or who looks at the world through a telescope, does not remain unaffected. “… every one who is seriously engaged in the pursuit of science becomes convinced that the laws of nature manifest the existence of a spirit vastly superior to that of men, and one in the face of which we with our modest powers must feel humble. The pursuit of science leads therefore to a religious feeling of a special kind…”[3]

There may be several unresolved debates still going on, be it in biology, astrophysics or archaeological history. But in Einstein’s overarching view, science emerges from religious motivations, or at least is sustained by the assumptions born of a belief in a Creator, and leads to religion, as the delicacies of our universe are better known and better appreciated.

Not only are science and religion not in contradiction, but, according to Einstein, “I cannot conceive of a genuine scientist without that profound faith.”[4]

I imagine our scientific research would be sharper, and our religion less divisive, and our minds less fragmented, if we could hold the study of the universe and the worship if its Creator closer together, as Einstein did.

We may not be involved in high-end research, or pursue doctorates in quantics, but the passion of a ground-breaking scientist is nonetheless intriguing, even for those looking out the window with the naked eye.

[3] 24 January 1936 letter in response to a sixth-grader (Phyllis Wright) asking whether scientists pray, and if so, what they pray for.

Published in: Evangelical Focus - Culture Making - Do science and religion contradict one another?