In Christianity, accessing a new way of life, the eternal life, implies swapping one type of slavery for another, although these types of slavery are worlds apart in form and intention. 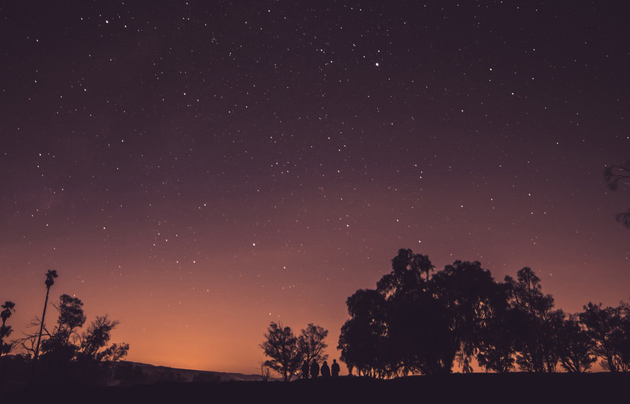 When a person feels he or she is a slave to someone or something, the first thing they would wish to do, if they were able to free themselves, is to never be a slave again. Whatever it is, whether a habit, a vice or a relationship…we can become slaves to practically anything, not because these things have a special quality that will make us slaves to them, but because of our vulnerable human nature.

When we realise how harmful it is for us to be tied to a type of slavery, our instinct is to run in the opposite direction. As a consequence of this, it is not uncommon for the character and world view to be affected (not necessarily in a bad way, although the pain caused by abuse can last for a long time). We become more susceptible and determined not to be dominated by anyone or anything. Is this, then, one slavery in exchange for another? The answer would be, almost certainly, ‘no, thanks!’ in the majority of cases, except in pathological cases.

However, this is precisely what happens in Christianity when we access a new way of life, the eternal life. We exchange one form of slavery for another, although these are worlds apart in intention and form. This is clearly explained in the letter to Romans, in the New Testament. Whilst we are under the law that governs this world (the law of the natural man without God in his life), our slavery is to sin. We are the servants of evil, our lives don’t honour the Creator and we are used as tools in favour of the enemy. We are Satan’s instruments, which he uses in his fierce battle against God himself.

But something happens when we go from darkness into light: where one was lord or our lives, now another takes his place, therefore we become servants to our new Lord. Unlike Satan, God does not use us to destroy us, nor does He treat us tyrannically; He moulds and makes us into Christ’s image to make us truly free. Our new slavery is not an imposition, but the greatest gesture of love and reverence as we acknowledge a debt of gratitude we will never be able to repay.

We don’t, however, choose to leave a life of slavery to sin and not follow Christ. Doing one thing implies doing the other; our will has little to do with this change. Humans are never completely ‘free’ in a sense, as we would like to think we are. This is not an option in a created universe. In the universal battle between good and evil, human beings, with their actions, are fighting on one side or the other, either honouring the Lord of lords or the prince of this world. Whatever side we choose to take will determine, not just our future life, but also the present. Not all slaveries are the same, because not all lords are the same.

I would like to highlight a practical question that attracted my attention a few days ago, which is relevant to those who have given their lives to Christ, that is to say, those who are slaves to obedience, as it is explained in the letter to the Romans, in chapter 11. The majority of us (and we all experience this to an extent) forget that receiving Jesus as our Saviour means receiving Him as our Lord.

We haven’t understood the gospel unless we want to follow Jesus and submit to Him in obedience. We are not servants of sin, but slaves to obedience to Him who gave His life for us. He is not a tyrannical Lord that will use us for selfish and shameful purposes, but a Lord that adopts us, makes us His own and puts us in a privileged place from where we can never be taken away.

God shows His grace by shouting loud and clear into our consciousness when we start to stray from His way and start to live following our old nature. He has invested His word and His promises in this cause. But sometimes He allows us to stray, so that He can continue to shape us in His image, although He never leaves us completely, even when we are trying to flee His presence, like the prodigal son- with his father’s salvation but without him. I have found myself at times running away from God, yet hearing the call of my conscience, because, when we are children of God, He never leaves us. Even when we are far away, we are still slaves to the obedience to God, to which the Spirit calls us to return, perhaps with some wounds we could have avoided and with lessons not always learnt.

It is no use to the slave to think that slavery is an old wives’ tale. This won’t change the reality that, if we have been bought with a price and we have accepted that price, we must not play with the blood that paid that price. We are slaves to Christ, subject to obedience and this should fill us with holy fear and, at the same time, a deep gratitude. We need to understand that, even when we decide to walk away from God, He never leaves us, He takes us back to obedience to Him through words of love as well as through His discipline.

Published in: Evangelical Focus - The mirror - Slaves to obedience