What kind of reader is capable of keeping an industry afloat whilst everything else is sinking? The answer: those who are addicted to its product. 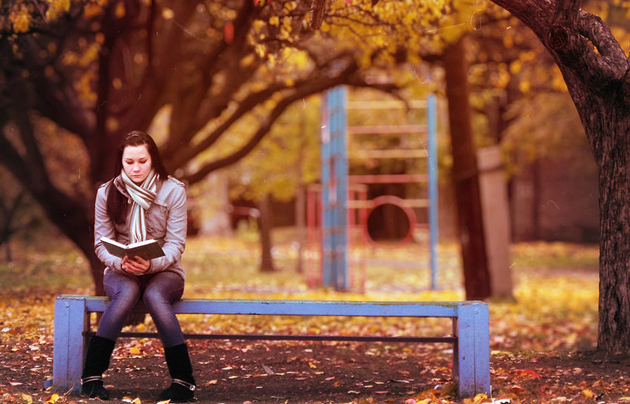 I am very grateful to the phenomenon of ‘Fifty Shades of Grey’ for several reasons. Firstly, following the success of the book, we have had to re-think what type of filthy literature we read, and I have been able to find good ideas and arguments in favour of reviewing our responsibilities in cultural consumption.

Secondly, with the release of the film and its subsequent public condemnation, a wave of soul-searching questions has gripped social media regarding what is or should be good love and the real dangers of discriminating and abusing women. For the first time in a very long time we are paying attention to a subject deeply important in the society in which we live. Indeed, both the book and the film are abominations practically in all senses (spiritually, morally, artistically and aesthetically), but they have been presented in such a way as to provoke a strong reaction and abhorrence.

This phenomenon would be meaningless unless it was framed within another one almost imperceptible, but very powerful, in our society: the silent success of the romantic/erotic novel.

In May of 2014, Rupert Murdoch bought Harlequin (a publishing house that specialises in this type of genre - often poor quality works that are sold in bulk- for $450 million, bringing to the table one of the most important movements of the editorial industry in the present decade.  But this went unnoticed by most people and did not stir any commotion.

Romantic literature has never been first class and we hardly give it a second thought; nevertheless, it is the most profitable genre and one that has not been as badly affected by the financial crisis as the others. We need to have some perspective to understand this fact. The abyss in which book sales across the world find themselves, together with changes in paradigms brought by the arrival of e-books and new agents, implies a very pessimistic view of the cultural world. We can’t include publishing houses such as Harlequin and so many other romantic/erotic literature, although they also have avoided extinction despite suffering losses and having to adapt to the changes.

So, what type of reader is capable of keeping an industry afloat whilst all the others are dwindling? The answer: those who are addicted to it. If we look at it from afar, it represents an exact copy of the pornographic industry worldwide. This may sound harsh, but the reality is that, with a few exceptions, pornography and romantic/erotic literature are very similar.

Both industries are avoided as a public topic of discussion (as they are considered bad taste) and both thrive due to the effect they cause on their consumers. We all know that pornography can become an addiction and that this can be taboo amongst sufferers, even though they will experience problems in relationships short and long term. The same thing happens with the romantic novel; its abuse creates an addiction that is hard to avoid, not just to eroticism, but also to stories which captivate the female brain- love relationships.

It may sound like a cliché, but, despite centuries of social progress, the boom in these industries is due to the fact that men continue to think about sex and women about romance. These industries, very cleverly but also very corruptly, continue to feed the needs of its consumers, who do not entertain thinking about anything else. Both pornography and the erotic/romantic  novel feed circuits in the brain that are linked to pleasure, in a way in which neither the cinema nor the conventional literature can replicate.

In the same way, both industries need to keep offering new products and that affects the quality, which in turn keeps feeding the vicious circle in which this type of genre is culturally marginalised. The coincidences are not seen just in the mechanisms of the industry, but also in the impact they cause on the brains of its users. Other similarities include:

1. Both pornography and the romantic/erotic literature offer a distorted vision of men and women. In pornography, the average woman is not represented at all, just as the average man is replaced by an idealistic one in the literature. With a few exceptions, men are portrayed as tall, handsome and muscular. The female character never falls in love with a short or a fat man, nor even with a man who has a sense of humour or is short-sighted. Men are always circumspect, correct (even when they are, paradoxically, scoundrels), full of values and without vices, as well as having a toned torso. Very realistic indeed! I have been able to confirm that the ideal of the handsome, shirtless man riding a horse is still very much what many women like.

2. Men portrayed in romantic novels, in general, stand out as very masculine: from riding a horse to chopping wood, from being experts at ‘diy’ to ambushing the bad and saving the good. We never see a man cooking or doing the washing, as a rule of thumb, or at least in those novels I have read, although there are a lot of real women who go weak at the knees for men like these (men, take note). The reason for this could be the fact that, in 90 per cent of stories, the men are millionaires and have people to do all those tasks. As someone shared in Twitter, if Christian Grey had not been a millionaire but lived instead in a caravan park, instead of an erotic novel it would have been a thriller.

3. This camouflaged falsehood about the characters has another similarity to pornography: it feeds an impossible ideal that can only be found in this type of literature and makes the consumer addicted to it.

Just as a man cannot maintain an adult relationship with a woman and continue to use pornography, a woman who is addicted to the romantic/erotic novel cannot find a man that will be able to fulfil her impossible standards, and are unable to compromise with the small details of a relationship. I have come across women like these, whose men are never up to the mark and they feel constantly frustrated.

They don’t realise that it is them, the women, who have to adjust their expectations about their real men. They experience the same problems that those addicted to pornography experience- they cannot deal with a real life relationship and they fail time after time. They expect their men to be like those they read about, fulfilling all their physical and emotional needs without fail.

There are many more points in common with pornography. Some time ago I read about a female director of pornographic films who defended the idea that women, unlike men, need a narrative to become addicted. I think she was quite right to think that, but I fear it has already happened. The key difference between pornography and the romantic/erotic novel is that narrative which stems from differences between men and women, whether biological or social.

We must, on one hand, be conscious that we must resist the influence of the industry, in all its variants, to impose a consumerism which causes emotional and relational problems. Taking into account that the majority of our readers will be from the Christian circle, we must admit that we should be more aware about those dangers. We must remember that the Bible teaches us that when we accept Christ, we transform our perspective and our view of the world.

However, I don’t believe that reading romantic/erotic novels is a sin per se. We need to clarify this point. It is not right for us to ignore topics which are relevant to society. It could be worse, we could create a ridiculous monster. For example, instead of going to the roots of the problem, analyse it and put it in God’s hands, we try to emulate it with some “Christian by-products” created for the relief of those who do not know how to escape from the vicious cycle; like Christian pornography (I assure you it does exist) or that terrible trend of so-called Christian romantic novels that take place in a kind of Amish context, where there are of course no sexually charged scenes, but the prudery and a distorted vision of love and sex is exactly the same as in non-Christian literature.

I hope you understand what I mean. The danger does not lie in watching it, or in not changing the TV channel when a kissing scene comes up. The real danger is seeking all this as an end in itself, and not understanding that the more we consume this kind of content, the further we will be from reality.