Winning by a distance

On many occasions we are more concerned that others should be admiring us, than helping others to win. 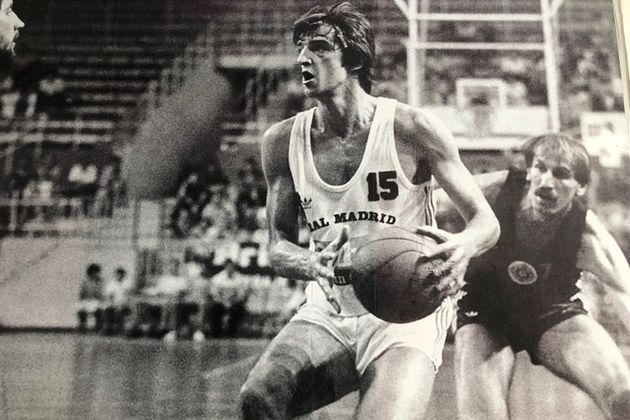 There are people who say that sport is also an art. Quite possibly it is. Everyone who has seen MIRZA DELIBASIC play reaches the conclusion that, at least when he plays, basketball is indeed an art form.

A European champion with Bosnia Sarajevo, and world champion with the Yugoslavian selection, Mirza also went on to Real Madrid to win the Spanish league.

It did not matter how boring the game was, when Mizra returned the ball all the spectators waited expectantly... no one knew what would happen next because he was capable of making even the most difficult manoeuvre look simple.

He demonstrated like no one else could, one of the arts of basketball: that of giving assistance. From one extreme of the pitch to the other, he was capable of passing the ball into the hands of a team-mate who was unmarked and could easily score a basket.

How important it is to have people who look out for the good of others! It's a sad fact that on many occasions we are more concerned that others should be admiring us, than helping others to win.

We all want to be the one up front, scoring the baskets. We forget that, very often, it's the person who passes the ball who makes the difference, the person who works for the good of the team.

In life, the best way to assist a companion is to pray for him or her. Prayer is conversing with God, talking to him, telling him about our problems, difficulties and the situations that we come across in our lives; it is also giving thanks for what he does for us, and worshipping him.

However, prayer is also a way of helping others; it's having the rest of our 'team' in mind. Prayer can include asking for God's blessing on another's life, that their work would be fruitful, that the Devil would not overcome them in any given situation.

The Bible says that when we are praying for others, we are working with them (2 Corinthians 1:11). In this way we give glory to God, when we show the world that we are concerned for one another.

One more thing, not only is it our duty to pray for people close to us, but also for everyone in the world! Don't worry, God does not expect you to remember thousands of millions in prayer... but it is your responsibility to pray for the people you know.

Pray for your friends who are not Christians, that through your testimony they will come to know God. Pray for the people around you, that you would be shown how you can help them.

Pray for your enemies, (yes, you have read correctly, your enemies) that God would bless them too, and that you would know how to react towards them... pray, and give thanks, for your own family.

We read that the prophet Samuel said that it was a sin against others not to pray for them. I believe we have been 'sinning' in this way for far too long... Am I right?

Published in: Evangelical Focus - Finish Line - Winning by a distance