God is not going to condemn you for rejecting Him; it is rather that by choosing to ignore Him you carry on in your original state of condemnation. 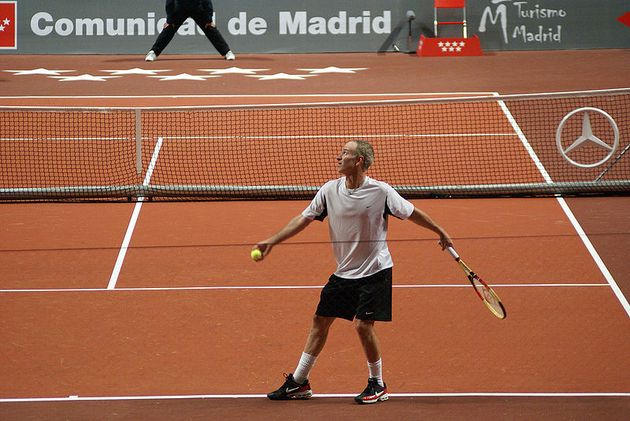 All keen tennis fans remember JOHN McENROE. He was one of the five highest prize-winners in the world of tennis.

From a young age he amazed the world with his extraordinary skill. However, he is probably remembered more for his famous outbursts of temper.

It was a rare game when our friend was not involved in disputes with the umpires for using inappropriate language. He often found reasons to protest.

Some people protest about everything, but although we all make mistakes, the day will come when our complaints will seem much less significant.

One day there will be the Final Judgement, when all those who have scorned the offer of forgiveness and have turned their backs on God, will go to hell with the Devil and all his angels.

It is not a joke, it is not an invention, but there are people who laugh just at the mention of the word 'hell'. All those who don't believe in hell now will believe within a minute of arriving there.

The world does not make sense if there is no true system of justice. Millions of evil men, torturers, terrorists and assassins, cruel dictators and a long list of etceteras, are not going to be pardoned for what they have done, unless they have repented and asked for forgiveness from Jesus.

We all believe that we are all good people; however, when we refuse to take any notice of God we are falling into the biggest sin possible for a man or woman to commit, that is to reject their Creator.

Everyone who voluntarily denies God chooses his own end; it is as plain as that. God is not going to condemn you for rejecting him; it is rather that by choosing to ignore him you carry on in your original state of condemnation.

Don't you realise that your sin is so scandalous that it required the death of Jesus? There was no other remedy. And you carry on protesting! The day will come when you will no longer be able to go on living that way.

During your lifetime, God has given (and continues to give) you hundreds of chances to return to him, to believe in what he has done for you and to receive eternal life.

If you reject all these opportunities, one day everything will come to an end, and you will miss out for eternity.