Is it a sin to get a tattoo?

One recurring question that has surfaced in almost every Christian camp has been: “Is it a sin to get a tattoo?” I want to add my voice to the debate today. 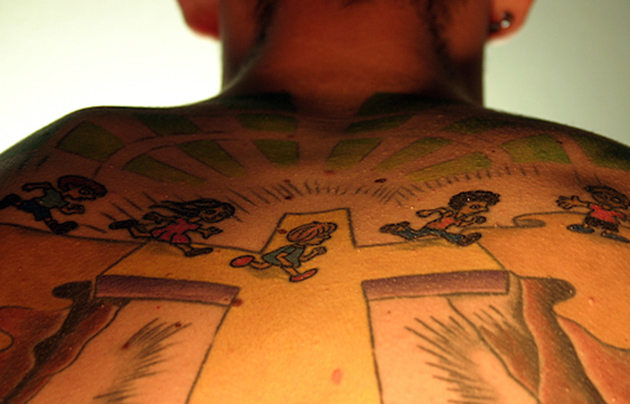 Throughout these last five to six years I’ve been preaching the Word of God to the youth of Spain. And one recurring question that has surfaced in almost every Christian camp has been: “Is it a sin to get a tattoo?” I want to add my voice to the debate today. And remember: I write to the family of faith; not to unbelievers.

Before beginning, I just want to clarify that I don’t think we can lay a hold of Leviticus 19:28 to uphold an anti-tattoo stance. The body-marking mentioned therein has to do with ritual pagan mourning; not with a contemporary fashion statement. I think using Leviticus may be one of those occasions where we try to fit the Word of God into our preconceived scheme rather than doing things the other way around. Faithfulness to the context of Scripture won’t allow me to bash tattoo artists with Leviticus.

With that observation out of the way, let’s repeat the question: “Is it a sin to get a tattoo?”

Now, I write to you from the Western world. I am European born and bred. Only once in my lifetime have I been outside of Europe. That was when I preached in the United States and Mexico for three months back in 2009. I make this point because I know the European scene. I am familiar with European culture. I understand the worldview of European youth. And that’s the chief reason why I see tattoos in such a negative light. I think they are a hindrance for Christ’s cause here in the West. If a young believer wanted to get a tattoo here, I would have some very straight forward questions to ask him (her). Maybe you will find these questions useful too.

1. Will this tattoo glorify God?

The Christian will have to ask him or herself whether or not getting a tattoo can truly glorify God. What is the real motive behind getting the body-marking? This is where we can make mention of Leviticus’ key ethical principle: “You shall not be like the other nations.” Is the person in question getting a tattoo to extend the Kingdom of God in the world or to merely go with the flow in a world obsessed by superficial appearances and fashion and trends? In most of the cases I know, the latter mentality prevails. The New Testament calls on us not to be conformed to this present world (Romans 12:2).

2. What does your conscience say?

When Luther defended himself at the Diet of Worms he stressed that he would not go against the Word of God or his conscience. If your conscience has any scruple at all regarding the issue of tattoos then you definitely should not get one. That is to sin. Whatsoever is not of faith, said Paul, is sin (Romans 14:23). The mere fact that someone asks the question, “Is it a sin to get a tattoo?” reveals to me that his (her) conscience is not at peace in the matter and therefore, he (she) should not get one. If you had 100% respite in your soul about the issue, you wouldn’t have to ask anyone about it.

3. Will you offend any believers by getting one?

The whole epistle of 1 Corinthians revolves around the theme of cruciform love. Paul confronts ten different pastoral situations with the radical message of the cross. Will your actions benefit or hurt others? Will they bless or offend? Will they do good or evil? The Christian must realize that he (she) is no longer his (her) own. He (she) lives for the Lord and the church. If I suspect that getting a tattoo may upset men or women of God in my congregation then I put my love for them before my own desires and keep my body clean. I apply the law of love so that others aren’t made to stumble by my action. My actions will either have positive or negative effects on others. I don’t want to harm the body of Christ. Thus I fulfil the apostolic plea of 1 Corinthians by walking in love.

4. What will the unbelievers think?

And not only must Christians think about other Christians but about unbelievers as well. How will they react if they see me witnessing of Christ and then getting a tattoo? Will I not become a rock of offense of them? Will they not think I’m a hypocrite? After all, I am the Bible they read. Do you think my impression on them will be beneficial or detrimental? One guy said to me, “With a Christian tattoo I can show others I’m a Christian.” I replied, “I think it’s very sad that you need a tattoo for someone to know that you’re a Christian.” Ye shall know them by their fruits; not by their body-markings.

And last but not least here’s the big question that underlines all Christian behaviour and morality: “What would Jesus do?” If Jesus of Nazareth or John the Baptist or Paul the Apostle lived in the twenty-first century, do you honestly think they would go rushing to the tattoo parlour to join the latest craze? For some strange reason, I think not. If I’m entirely honest, most of the ‘Christian’ folk I’ve met who are aching to get tattooed are none too serious about their spiritual life. They tend to be folk that you won’t find labouring in intercession or longing after holiness. They may be nice guys, say cool things and be popular; but spiritual weightiness and maturity are lacking. That has been my own personal experience. I’ve yet to meet a Holy Ghost filled prayer warrior ask me about whether or not he (she) should get tattooed. I wonder why.

I think that if any Christian answers these five questions sincerely and prayerfully I very much doubt that he (she) would march on with his (her) desire to get a tattoo. That’s why I don’t have one and I’m never going to get one. I don’t see how it could glorify God; my conscience is uneasy about it; I know I would offend many brothers and sisters in Christ if I had one; I’m sure some unbelievers who know me would be shocked too and I am absolutely convinced that Jesus (nor any other man or woman of God in the Bible) would get one.

Published in: Evangelical Focus - Fresh Breeze - Is it a sin to get a tattoo?