How gay theology manipulates the book of Leviticus 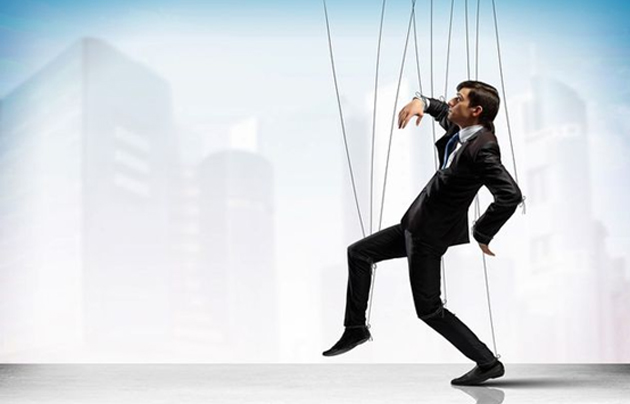 As a recent convert I couldn’t understand a word of Leviticus. It was like trying to come to terms with Egyptian hieroglyphics. Boys a dear! It was so different to Genesis and Exodus.

As the years went by I thought to myself: “I’m going to have to do something about this”. So between 2010 and 2011 whilst I served in the precious Centro Cristiano Church (in Castellón, Spain), I started the studying the book in depth. I spent one whole year with a single book of the Bible! (Since I’m a bit dim it takes me quite some time to learn). I studied the book so deeply that I decided to write my own commentary upon Leviticus which I now have stored away in my personal library. Some people are happy with millions in the bank, others with worldwide fame; as for me, well, I’m chuffed with understanding the book of Leviticus. We redheads are a bit strange…

Over the course of that year I started to cultivate a love for the message of Leviticus and it’s precisely that passion which has made me react in the last few years. I’ve reacted time and time again due a new theological trend which is making itself known in Europe. It’s a movement that is waging warfare against Leviticus in the most brutal fashion. In case you haven’t guessed already, I’m referring to Queer Theology.

Today, all I want to do is face five arguments that the gay community has formulated in an attempt to dismantle the anti-homosexual lessons of my beloved book.

I hope this helps y’all…

The problem with this point of view is that Leviticus is a book of Hebrew legislation. It’s neither poetical nor apocalyptic literature. The book was penned to be read literally. When God calls homosexuality an “abomination” He’s not speaking metaphorically. Reading a literal book in a literal manner doesn’t mean that the reader is a fundamentalist. It means he’s intellectually honest.

By the way: how come nobody has a problem understanding the rest of Leviticus literally? Why is it precisely these two passages (chapters 18 and 20) that have to be understood non-literally?

It’s just a cheap game of exegetical acrobatics. I never cease to be amazed with the atrocious Alexandrian interpretations presented by the gay theologians. Seriously, these guys deserve an award or something! They are a clear sign that the gift of creativity has not left humanity just yet.

At any rate, how would these gay thinkers feel if no one read their books literally? Would they not get angry saying: “Why do you always misinterpret everything I write”? Maybe that’s what the Lord is trying to say them.

2.- You have to understand the book’s socio-historical context

The second argument is that we cannot quote Leviticus without understanding its socio-historical context. On this point, I’m in one hundred per cent agreement with Gay Theology. There’s no doubt about that. Nevertheless, I think it’s an argument that actually serves to undermine the Queer stance.

The common idea is that Leviticus condemns homosexuality because back then everyone was straight (unlike us in contemporary Europe). Therefore they were all against gayness. But if we read Leviticus 18 and 20 in context, we’ll see that God commanded the Israelites not to give into homosexual activity because it was rampant in the nations around them (like Egypt and the Canaanite tribes). Due to their pagan sexual perversions, God called His people to holiness. In these chapters the Almighty is not just talking to the Levites but to the whole Hebrew nation.

The Lord was well aware of pre-21st century homosexuality and He spoke His opinion very clearly about the matter. Why would He change His view in our day and age? What date –if any- did God decide to accept gay behavior?

Another misunderstanding which I’ve encountered from some pro-gay believers is: “Only Leviticus condemns homosexuality”. This argument barely needs refuting. There are loads of other texts in the Old and New Testaments which speak out against gay activity.

But here’s the crux of the matter: even if we didn’t have any Bible verses that spoke against homosexuality, the Bible would continue to be a heterosexual book. The Bible was written within the context of a Jewish worldview whereby the sovereign Creator put a man and a woman in the Garden together. Judaism presupposes heterosexuality. The whole Bible then promotes heterosexual marriage in such a way that the verses which condemn fornication, adultery and homosexuality are pretty much unnecessary.

It is against this Jewish background that Jesus must be understood. If Jesus were pro-gay, He definitely would have said something about the matter. But the beloved Lord said: “Have you not read that in the beginning He created them male and female” (Matthew 19:4).

So Leviticus isn’t the only book which condemns homosexuality; the whole Bible does so. The Scriptures don’t speak against homosexuality because they are anti-gay; but because they are pro-creation, pro-God, pro-Eden and pro-heterosexual. Even the king of liberal theologians –John Shelby Spong- has openly confessed that the Bible is an anti-gay book. That’s why the gay journalist Frank Bruni (New York Times) requested the Bible to be rewritten.

Another typical pro-gay argument when someone quotes the book of Leviticus is: “You cannot say being gay is a sin if you eat seafood!” Again, such a comment believes that Leviticus is the only part of the Bible that condemns homosexuality.

This was the very answer that the British Evangelical singer Vicky Beeching gave when they asked her on Sky News about how she could reconcile her lesbian lifestyle with the Bible’s plain teaching. “In Leviticus it says that men shouldn’t sleep with other men. But it also says that you shouldn’t eat seafood or wear clothes with mixed fabrics […] You’ve got to understand it in context”.

Sadly, Beeching has yet to distinguish between the theocratic law of Israel (which was temporal) and the moral law (which is eternal and binding). Within the theocratic law we find the ceremonial law. But who would ever think of sacrificing an animal for their sins today? No one! The ceremonial law was fulfilled in Christ. The moral law, however, abides. It is written on our hearts by the Spirit of God.

When we read about laws regarding beards, seafood, pork and mixed-materials in clothes, we must remember that God is speaking to ethic Israel; not to the church of the twenty-first century. But when we read texts that appeal to universal ethics –the condemnation of incest is a good example- such verses are still applicable to us. The New Testament nowhere says a single word about incest, but does that make it alright? Of course not! It continues to be an abomination in the eyes of the Lord.

Another thing to keep in mind is that God never punished the nearby nations for eating seafood or pork. But He did judge them for their sexual corruption. “Do not defile yourselves in any of these things: for in all these the nations are defiled which I cast out before you: and the land is defiled: therefore I do visit the iniquity thereof upon it, and the land itself vomits out her inhabitants” (Leviticus 18:24-25). Again, eating seafood in one thing; giving yourself over to homosexuality is another.

The last argument is a bit more personal. When I talk to self-confessed gay folk about Leviticus, almost 90-95% of our conversations end up with me getting a wad of insults. But this is not an argument; it’s just an accusation. I must have heard the following line a thousand times: “You’re a fundamentalist homophobe!” Even recently someone said they would be praying for my kids to become gay!

In the philosophical world we call such arguments ad hominem. It’s an argument that’s used against the character of the person who is involved in a debate in order to cast down his position. For example, let’s say there are two politicians who are having a public debate about gravity. The first politician believes in gravity; the second one doesn’t. As the debate progresses, the second politician realizes the debate is progressively slipping away from his control. He knows he’s on the verge of defeat. Since he doesn’t know how to win the argument, he starts to insult the first politician’s integrity to give the impression that he’s won the argument. “You’re a corrupt liar. The press know and we all know that you’ve got millions stashed away in your private Swiss bank account”. In essence the second politician hasn’t done anything to overcome the power of the first politician’s logic because gravity continues to exist, but at a popular level, such slimy tactics work absolute wonders.

This is exactly what’s happening in so many gay debates today. No matter how shamefaced, ugly, hypocritical, pharisaical, manipulative and evil I may be, that doesn’t change anything the Bible says. We’ve got to be very clear. Look here, I don’t write upon homosexuality because I like to do so. I do it because it’s in the Bible and I can’t stand how certain people in our days are taking God’s name in vain with the purpose of blessing something the Lord detests.

It’s for this very reason that I can prophesy to you all right now with pinpoint accuracy that I’m going to be called every name under the sun for having published this article. Just wait and see the lack of constructive criticism as well as an avalanche of insults, swear words, accusations and threats. That’s just the way the world is, I’m afraid. But such reactions just continue to be ad hominems.

What we need to study today is not how to treat self-professed “gay” people. We all know we must love them, embrace them, pray for them, weep with them and have compassion on them. That’s crystal clear. But that’s not the question at stake today. The real question at stake is a lot more radical than that. Here’s the question: does homosexuality please God or not? It’s not a methodological question; but a question about content. And as long as this line between method and content is blurred, the typical insults are going to continue to fly right, left and centre.

In sum, if somebody is not willing to acknowledge that God condemns homosexuality in the book of Leviticus (or in the whole Bible), we would have to ask him/ her the following question: