“The Seven Words” from the Cross, Jesus’ supreme sermon

It is on the cross that the character of Christ reaches its greatest splendour. During the hours of deepest darkness, his words shine like radiant gold. 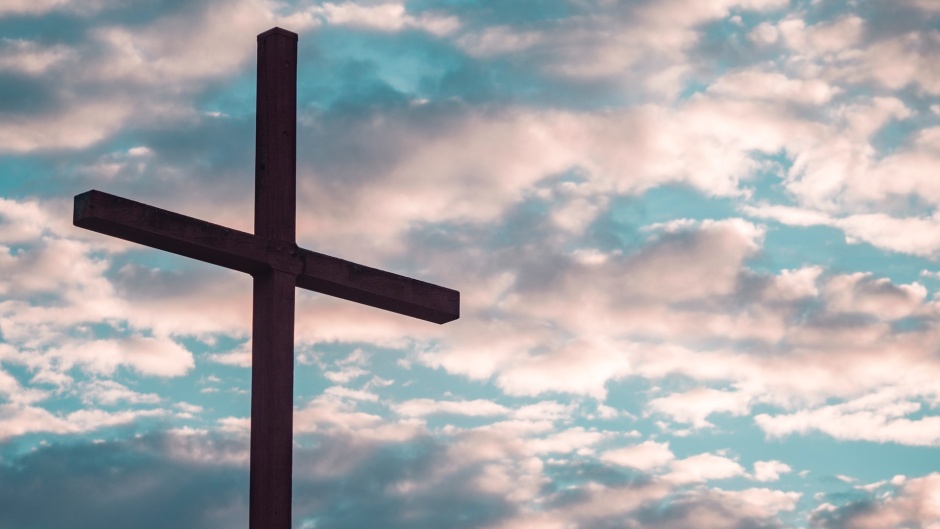 The most frequently read Biblical passages during Holy Week are, obviously, the accounts of the crucifixion. We remember the sufferings of Jesus - his passion-, we celebrate his victory over sin -our salvation-, and we are moved to worship.

And so we sing, deeply moved and our hearts overflowing with gratitude, "When I survey the wondrous cross", "Sacred Head Sore Wounded", and other similar hymns of great spiritual and theological depth.

During the hours he spent nailed to the cross, the Lord spoke seven times, and these memorable utterances from the cross have come to be known as "The seven Words".

They were his last words. In seven brief utterances, Jesus proclaimed the most profound sermon that has ever been preached, a beautiful synopsis of the gospel. In these words, we have a summary of the extraordinary character of our Lord, and of God's plan for humankind. The "Sermon of the Seven Words" has inspired countless sermons and writings down through the centuries.

J.S. Bach offers us a deeply moving rendition of the sublime spirit of this Biblical text in his Saint Matthew's Passion. In the 18th century J. Haydn composed, by commission, a much appreciated work on The Seven Words, in which he also put this unforgettable passage to music.

In seven brief utterances, Jesus proclaimed a beautiful synopsis of the gospel

In this meditation for Holy Week I would like to share just one aspect of "The Seven Words" which, when I discovered it, left an indelible impression on me. I am referring to the content of these words, of course, but in particular to the order in which they are uttered; at first glance the order may seem arbitrary, but a closer study shows that the way in which they are ordered is deeply significant, as it reflects the Lord's priorities, and is a truly beautiful reflection of the character and the heart of the character and heart of the Good Shepherd.

To my mind, it is on the cross that the character of Christ reaches its greatest splendour. During the hours of deepest darkness, his words shine like radiant gold. Plumbing the depths of these "Seven Words" by Jesus has not only helped me to love him more, but it has also, over the years, shaped the way I approach other people, in particular those who are suffering.

The pastoral heart of Jesus on the cross

The sensitivity of Jesus towards his neighbour, his love and concern for those who were with him, reach a climactic apotheosis in these brief utterances. The most natural reaction in the hours leading up to the enactment of a death sentence is that the person becomes completely focused on himself, on his own thoughts and emotions, withdrawing from those around him in a perfectly logical and understandable process of self-absorption. Even when it is a death resulting from terminal illness, we all understand that the dying person's mind is not centred on others, on those that accompany him or her, but on themselves.

On the cross, what happens is exactly the opposite: Jesus is oblivious to himself and his own needs (which he will express only afterwards) and he focuses his attention on those that are with him, whether they be his enemies -those who are torturing him-, two unknown individuals -the two men being crucified with him- or someone as close to him as his own mother. In each case, the words he utters are precisely those that these people need to hear. To each individual the Lord speaks in accordance with their deepest need, just as it was prophesied that he would 400 years before: "The Sovereign Lord has given me an instructed tongue, to know the word that sustains the weary" (Is. 50:4)

The Good Shepherd, the Prince of Shepherds died pastoring his sheep

Never has anyone shown such great love at the hour of their death, never has anyone spoken with such a pastoral heart. But the Good Shepherd (John 10:7.21), the Prince of Shepherds (1 Peter 5:4) died pastoring his sheep. The words of Jesus on the cross are a treasure in which the essence of his divine nature and the essence of the Gospel itself are compressed: his deep love towards every single individual, without exception, his exquisite sensitivity towards those who suffer, his wisdom in speaking to each one in accordance with their particular need. In the first three "words" Jesus shows an intense concern for those who were closest to him, all those whom, at that moment of great anguish and pain, he regarded as his "neighbour". Each one received the word that he or she needed most:

Words of forgiveness for his enemies

Jesus dies forgiving. The whole saving act of crucifixion was in fact a symbol of divine forgiveness. (John 3:14-15). But it was appropriate to make this forgiveness explicit with clear, resonant words and with the emotional strength and spiritual authority that he gives them.

When he cries out "Father, forgive them", Jesus articulates the very meaning of his having come into this world. Indeed, his very name "Jesus" means "he will save his people from their sins" (Matthew 1:21). The request for forgiveness was not only for those who were directly responsible for the humiliation that he was being subjected to, but for every human being (as the beautiful poem which we find in Isaiah 53 makes clear).

On the cross, Jesus teaches us that forgiveness, as opposed to reconciliation, can be unilateral, and does not require the involvement of both parties. I can, and I must, forgive my offender even if they have not asked for my forgiveness. Stephen, under the rain of stones that was ending his life, was the first of Jesus' followers to follow his Lord and Master's example (Acts 7:60). We are also called to do likewise.

Words of salvation for the thief on the cross

Jesus died in the company of two anonymous individuals. These two men had probably never before exchanged words with the Lord. The story is well known: on the threshold of death, one of them is overcome by the fear of God and says to Jesus: "Remember me when you come into your kingdom" (Luke 23:42). Jesus' reply is as clear as it is immediate. Jesus gave this man what he was most in need of at that moment: hope, the hope that is born of salvation in Christ, and which would be for him a "great encouragement" (Hebrews 6:8) in the seemingly endless hours of torture that would follow.

Incidentally, the attitude of Jesus, so full of compassion, reminds us that it is possible to be saved in extremis, when the name of the Lord is invoked with all one's heart, from the depths of one's soul and with true humility, as was the case with the thief on the cross.

Words of protection for his mother

"When Jesus saw his mother there ... he said to the disciple (John): Here is your mother. And from that time on, this disciple took her into his home 19:26-27).

It is significant that these final words that Jesus utters of concern and care for another human being should be addressed to his mother. It is the final summing up of a life that was spent entirely for other people and in serving them in whatever way possible. Jesus could not forget his mother at this time of lacerating pain for her; the heart of Mary was torn apart by the agony of her son, she was desolate in the face of such a tragic end to his life. What is more, Mary was almost certainly a widow by this stage, as a result of which she would have been destitute. But the Lord, the good Shepherd par excellence, did not neglect his duty to "honour his father and mother" (Matthew 19:19).

How divine, and at the same time, how human! This is spirituality expressed as profound concern for human matters. In this final act of love, Jesus reminds us that true spirituality always makes us more human, not less. The first evidence that we truly love God (this reminds us of what John himself said in his letters) is that we love the brother that he has placed next to us, and the pastor's work begins in his own home. It is for that reason that Jesus entrusts the care of his mother to his friend and beloved disciple, the sensitive and gentle John, the one who had "reclined next to Jesus" (John 13:23). John immediately fulfilled this request and "from that time on, this disciple took her into his home" (John 19:27).

How significant the expression that John adds to the account: "Later, knowing that all was now completed ...” (John 19:28). So far we have seen how, even in his final agony, Jesus gave himself and served, how he thought of others before himself, how he sought to meet the needs of his neighbour, whether spiritual (salvation and forgiveness) or human and material (the protection of his widowed mother). Only after all this was completed, that is to say after the full outpouring of his pastoral heart, did he give voice to his own needs:

- Emotional and spiritual: "My God, my God, why have you forsaken me?". Jesus' loneliness and feeling of his Father having separated himself constitute his most intense suffering. There can be no hell worse than separation from God. Jesus knew that this moment would inevitably come (it had been prophesied in Psalm 22) because the Father can have nothing to do with the sin that his Son is bearing on his body in this act of vicarious sacrifice.

The greatest sermon that has ever been preached ends with an utterance which expresses serenity, confidence and hope:

Every child of God can have this same confidence as they approach the moment of their death, the certainty that our spirit passes into the hands of their loving heavenly Father, who will receive us with joy in his glory. This is possible only because Jesus Christ concluded his sermon on the cross with the seventh and final utterance, the one which sealed the whole event: "It is finished" (John 19:30).

Those of us who love this beautiful Jesus Christ, the supreme model of a pastor's heart, join the heavenly choir of the redeemed to sing: "Hallelujah, for the Lord our God the Almighty reigns" (Revelation 19:6). This is the true joy of Holy Week.

Dr. Pablo Martínez has been working as a psychiatrist since 1979. He also carries out an extensive ministry as a counselor and speaker in Spain and many other European countries.

Published in: Evangelical Focus - Mind and Heart - “The Seven Words” from the Cross, Jesus’ supreme sermon