Radio helps bring a spiritual awakening among Roma in Ukraine

Tabor is the word for Roma camps in the local Romani language. Elena Marchuk started this project in 2013 and today there are more than 500 programs produced. 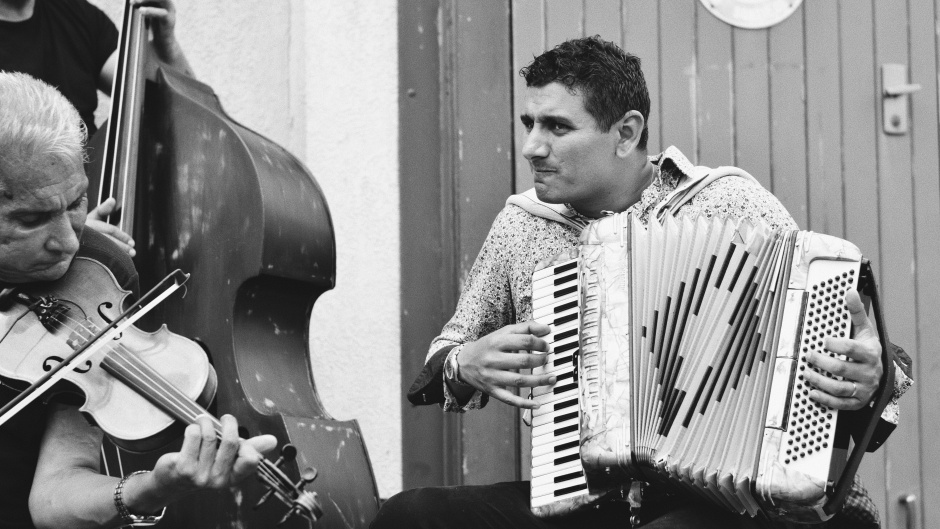 Part of the programs is Roma Christian Worship. Listeners recognize the songs because they are part of their culture. / Photo: Caroline Hernandez, Unsplash, CCO.

The war in Ukraine has been going on for over four months now. Relationships are broken, souls are wounded and the country is left with bombed cities and villages. The need for healing and hope is great.

For this reason, TWR Ukraine, Trans World Radio’s (TWR) local partner organization, has been producing new content which is distributed via radio and social media channels. This content is not only intended to reach the Ukrainian people but also the Roma communities within the country.

While most of the Roma people predominantly reside in the central and southeastern regions of Europe, there are unofficial estimates of around 200,000 to 300,000 Roma living in Ukraine. Among them, there are thousands of committed Christian believers. Despite the challenging and often poor circumstances that the Roma people live in, many of them are keen on using modern technology. This means that TWR Ukraine has the opportunity to connect with them using a variety of communication platforms.

Reaching the Roma people with the lifechanging news of the gospel message is often not successful by learning their language and traditions. In fact, it might happen that a negative reaction by a Roma person ensues. Why? Because he or she feels suspicious and even threatened by a non-Roma person’s interest in their foreign language and culture. What, therefore, is a non-threatening way of sharing the gospel with the Roma? It comes from within, meaning that local Roma believers share their own story of how the Lord has changed their lives.

Such stories are also the foundation of TWR Ukraine’s radio programs for the Roma called “Tabor Goes to Heaven”. Tabor is the word for Roma camps in the local Romani language. Elena Marchuk started this project in 2013 and today there are more than 500 programs produced. In 2020, translator, Greek teacher and expert on Roma culture, Sergei Berezovsky, became the presenter of the programs.

Each program is 15 minutes long and covers different topics ranging from Christian ministry updates, to testimonies and themes of local interest to programs devoted to Roma Christian worship. The episodes are specifically designed for the Roma people, their mentality and character. The programs are straightforward and also share a clear and understandable gospel message with a call to repentance.

Iosif Lakatosh, a pastor within the Roma community in Merefa, has participated multiple times with the recordings of the programs by either answering listener questions or by being interviewed for the program. “The programs are important for us because we take part in their creation,” he says.

“For many years now our family has hosted radio announcers and sometimes they stay with us for a few days.” Iosif’s wife adds: “It’s encouraging for us that many of the programs are about the Roma believers of Transcarpathia (southwestern Ukraine). It is interesting to hear our relatives talk about their conversion and the programs themselves are appealing.”

One listener wrote to the team:

“Hello Sergei Berezovsky, we congratulate you and bless you for this difficult work. We listen to the program “Tabor goes to heaven” with great interest. […] You told us about the Bible, you told us about God. Thank you very much for that. Keep telling us all about these things and be well.” 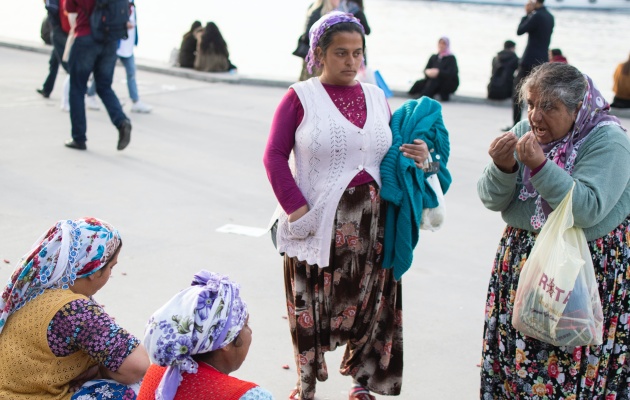 The programs are available in many forms. This makes it easy for believing Roma to share the programs with others. / Photo: Mihai Surdu, Unsplash, CCO

Listening how and when you want

“Tabor Goes to Heaven” is made available on various media platforms, such as via the internet, CDs, media receivers and through medium wave radio broadcasts. This not only reaches a broader audience, but also makes it easy for Roma believers to share these programs with others, be it to their family, friends and others in their often closely-knit communities.

For example, before the war, a church in the eastern Luhansk region had a ministry where they took CDs with the programs and distributed them to the Roma people there. Over a hundred copies were made and spread, making a big impact.

Roma people who do not yet know Christ are nonetheless often willing to listen to Tabor, regardless if they heard it by a Christian relative or on their own initiative. For example, a Roma woman called Nina wrote the following to the team:

“They brought me a CD with recordings of the programs. What amazing songs are on there, both about God and our folk songs. Sometimes I clean the house while listening to the CD. And I like the fact that they not only sing about God, but also talk about it!”

The audience of the program not only reaches the Roma themselves. It also includes people who live in communities with large Roma population segments, or those who are interested in the Roma culture and those who work in the same communities.

With the beginning of the war a lot had to changed and it changed. The team had to flee their homes. But thankfully the team has been able to get back to work, producing programs, accompanying the listeners and helping the Roma to get hope in this difficult time. A spiritual awakening within the Roma community is an inevitable phenomenon of our time.  But, as the Roma themselves believe, this awakening is just the beginning even through hardship and difficulties!