“Declarations of intention are not going to be enough”, French President Hollande said. World leaders have unveiled a series of pledges to tackle climate change during the first two days of the summit. 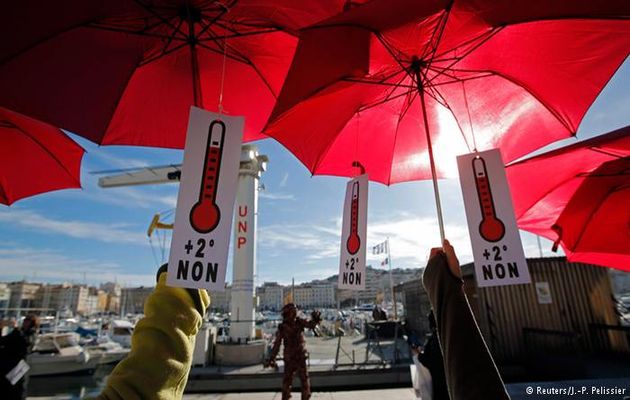 The entrance of the COP21 venue / Reuters

The United Nations climate change conference COP21, one of the largest gatherings of world leaders in history, began on Monday at Le Bourget in northern Paris.

French Foreign Minister Laurent Fabius welcomed the 147 world leaders and more than 45,000 participants as he opened the UN climate conference.

It is the first time that heads of state and government have opened a UN climate conference with speeches.

“Never have the stakes of an international meeting been so high, since what is at stake is the future of the planet, the future of life”, French President François Hollande said.

“NEGOTIATIONS ARE NOT ENOUGH, WE NEED AN AGREEMENT”

Hollande admonished fellow leaders, stating that "declarations of intention" were not going to be enough. Paris, he said, needed to conclude with an agreement that was "binding, universal and differentiated."

“After the attacks in France, we have to deal with the urgent priorities and respond to the terrorist challenge but also act for the long term," he added.

Ban Ki-moon also told the world leaders gathered at the Le Bourget conference site, that "The fate of a Paris agreement rests with you, the future of our planet is in your hands." 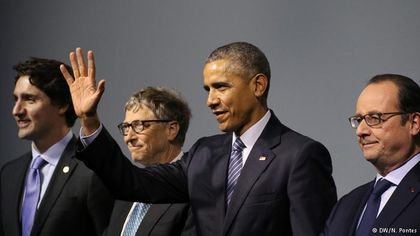 “AN AMBITIOUS, FAIR AND BINDING AGREEMENT”

German Chancellor Angela Merkel stressed that the agreement to be negotiated in Paris had to be "ambitious, fair and binding."

Various nations have pledged to reduce emissions, but it is still insufficient to limit global warming to 2 degrees Celsius, which is the goal set by the international community at previous conferences.

In light of this, Merkel believed there had to be a regular stocktaking of emissions and actions. “No country should be allowed to backtrack on its pledges”, Merkel affirmed.

"We embrace our responsibility", Obama assured, acknowledging the US' role in climate change as the world's second largest emitter of greenhouse gases after China, and ending his statement with an appeal to negotiators to "get to work."

“Canada can do more and we will”, Justin Trudeau, the new Prime Minister. Stephen Harper, the former Canadian head of government, had strongly opposed climate change policies.

Chinese President Xi Jinping put the emphasis on calling on developed countries to honour their financial commitments to assist developing nations as they embark on low-carbon growth paths.

Developing countries should "not be denied legitimate rights" to grow, Xi stated, adding that it was "imperative to respect differences among countries." "The principle of common but differentiated responsibilities should be adhered to", he said. 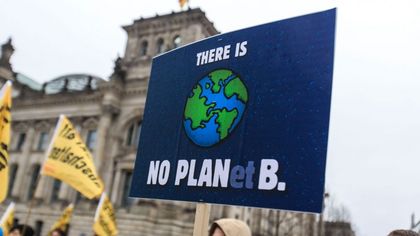 India Prime Minister, Narenda Modi, argued that poor nations had the right to burn carbon to grow their economies.

“Climate change is not of our making”, he said at a speech opening the dazzling Indian pavilion here. “It is the result of global warming that came from the prosperity and progress of an industrial age powered by fossil fuel.”

Vladimir Putin, who has in the past expressed scepticism about the established science of climate change, reflected the tone of the day. Russia, a petrostate that relies heavily on the production of fossil fuels, had previously been viewed as a likely obstacle to a final deal.

During Tuesday´s early sessions at COP21, Prince of Wales has urged companies to increase efforts to ensure their supply chains are not damaging as he calls on action to stop deforestation

“It is very simple: we must save our forests, for there is no Plan B to tackle climate change or many of the other critical challenges that face humanity without them.”

Furthermore, Obama has declared that some components to a global climate change agreement must carry legal force, easing one obstacle to a successful outcome at negotiations in Paris.

Obama’s statement came as the House science space and technology committee heard from Danish economist, Bjorn Lomborg, who claimed that a climate deal at Paris would reduce warming by only fractions of a degree and would cost close to $2 trillion a year by 2030.

Hollande told at a conference on Africa, held as part of climate change talks, that his government would double investments in renewable energy generation in Africa, ranging from wind farms to solar power and hydroelectric projects, across the continent. 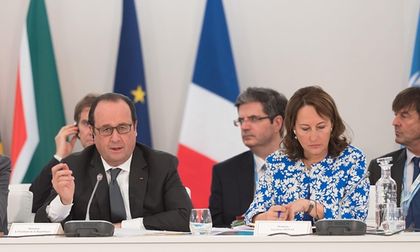 Christian association A Rocha, along with its partners Tearfund and the Lausanne Movement, are participating in COP21, and will organise a panel discussion/conversation called “A Climate for Change: Conservation and Faith” on Friday 4 December.

The speakers will be atmospheric scientist Dr Katharine Hayhoe and the Secretary General of the World Evangelical Alliance, Bishop Efraim Tendero.

There will also be a day-long conference on Saturday, 5 December at St Michael’s Church.

David Bookless, Director of Theology for A Rocha International, will be one of the speakers at the conference, among others from the academic and theological worlds, who will cover various aspects of a Christian response to climate change issues.

“Accepting what the scientists are saying about climate change and understanding that other species have value to God, is a threat to our greedy lifestyles”, Bookless said in an interview for Evangelical Focus.