US withdraws from Paris climate agreement

Political and religious leaders heavily criticise the decision. France, Germany and Italy reject Trump’s assertion that the climate deal can be redrafted. 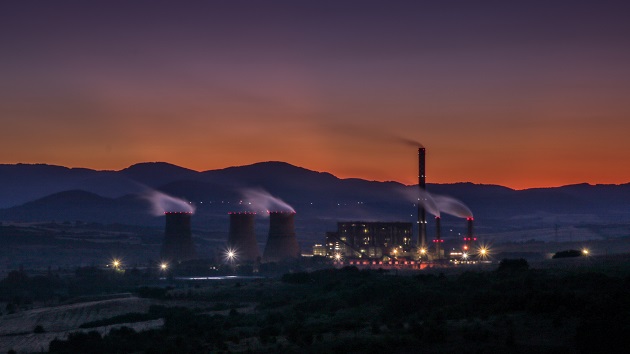 Donald Trump has confirmed the withdrawal of the US from the Paris climate agreement, but said he wants to "renegotiate a fairer deal."

“In order to fulfil my solemn duty to the United States and its citizens, the US will withdraw from the Paris climate accord”, the US president told press in the White House rose garden on Thursday.

However, he is “willing to immediately work with Democratic leaders to either negotiate our way back into Paris under the terms that are fair to the United States and its workers or to negotiate a new deal that protects our country and its taxpayers."

According to the President of the USA, “the fact that the Paris deal hamstrings the United States while empowering some of the world’s top polluting countries should expel any doubt as to why foreign lobbyists should wish to keep our beautiful country tied up and bound down.” 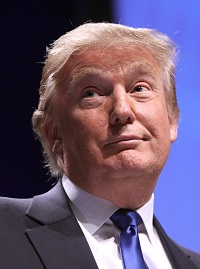 “That’s not going to happen while I’m President, I’m sorry. I was elected to represent the citizens of Pittsburgh, not Paris.”

Trump argued that the Paris agreement disadvantaged the US to the benefit of other countries, leaving workers and taxpayers to absorb the costs and suffer job losses and factory closures.

“As of today, the US will cease implementation of the nationally determined contribution and green climate fund, which is costing the US a vast fortune”, he said.

The US joins Syria and Nicaragua as the only countries that are not part of the Paris agreement. There will be no penalty for leaving, because the Paris deal is based upon the premise of voluntary emissions reductions by participating countries.

Shortly after Trump’s announcement the leaders of France, Germany and Italy released a joint statement rejecting Trump’s assertion that the climate deal can be redrafted.

“We deem the momentum generated in Paris in December 2015 irreversible and we firmly believe that the Paris Agreement cannot be renegotiated, since it is a vital instrument for our planet, societies and economies”, Chancellor Angela Merkel, President Emmanuel Macron and Prime Minister Paolo Gentiloni, said.

Merkel called Trump immediately after he delivered his announcement, to personally express her regret at his decision, her spokesman Steffen Seibert said on Twitter. Merkel also telephoned Macron and they agreed that “Germany and France will grasp at new initiatives in order to ensure the climate agreement is a success”.

“I tell you firmly tonight: We will not renegotiate a less ambitious accord. There is no way. Don’t be mistaken on climate; there is no plan B because there is no planet B”, said Macron in a televised address in French and English.

British Prime Minister Theresa May also called her American counterpart to express her “disappointment” with his decision. May said that the Paris accord “provides the right global framework” for tackling climate change.

Meanwhile, the EU’s commissioner for climate action and energy, Miguel Arias Cañete, said Trump’s unilateral decision marked a sad day for the global community, but he vowed the accord would endure.

“Today’s announcement has galvanised us rather than weakened us, and this vacuum will be filled by new broad committed leadership. Europe and its strong partners all around the world are ready to lead the way”, he pointed out.

UN secretary general, António Guterres declared that “it is absolutely essential that the world implements the Paris agreement […] if one country decides to leave a void, I can guarantee someone else will occupy it.”

The African Union and the EU also released a joint statement on Thursday to reaffirm their “strong commitment” to implementing the Paris agreement.

Africa stands to be one of the worst-hit regions due to the impact of climate change, and the two bodies said they would continue to show solidarity “with those most vulnerable to climate change.”

The Church of England has branded Donald Trump's decision as "extreme carelessness" signifying an "abject failure of leadership." 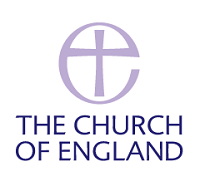 "I am, frankly, very disturbed by President Trump's decision to revoke the United States' commitment to the Paris Agreement, which was a global commitment made in good faith", said its lead bishop on the environment, Bishop of Salisbury Rt. Rev. Nicholas Holtam.

Bishop Nicholas went on to say: "How can President Trump look in the eye the people most affected, including the world's poorest in the places most affected by climate change now, and those affected by increasingly frequent extreme weather in parts of the USA?"

"Climate change is one of the great challenges of our times. "There is a moral and spiritual dimension with a strong consensus built among the faith communities about the care of our common home. The scientific, economic and political arguments point in the same direction", he concluded.

Christians and other faith groups worldwide are playing an increasingly important role in the global climate movement within the last years.

Evangleical Christians have contributed to the Paris Agreement that came out of the UN climate change conference in December 2015, and continue raising their voice, knowing that there are still many things to do.