According to researchers, the solar eclipse took place on 30 October 1207 BC. If the words in Joshua “are describing a real observation, then a major astronomical event was taking place”. 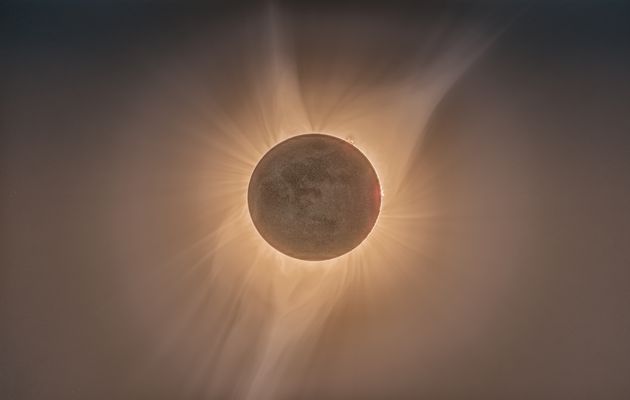 Using a combination of the biblical text and an ancient Egyptian, along with linguistic analysis of millenarian languages, anancient Babylonian astronomical writings, the British researchers believe they have found in the Bible the first record of a solar eclipse.

The results are published in the Royal Astronomical Society journal Astronomy & Geophysics.

There are many historical passages in the Bible which tell the future of the Israelites. Archeology and comparative history have confirmed the existence of many characters, places and historical events.

THE BOOK OF JOSHUA

One of those characters is Joshua, leader and successor of Moses at the head of the Hebrews.

Joshua was, according to the Bible, who initiated the conquest of the promised land and distributed it among the 12 tribes. His adventures and many wars are recorded in the homonymous book of the Old Testament.

“On the day the Lord gave the Amorites over to Israel, Joshua said to the Lord in the presence of Israel: Sun, stand still at Gibeon, and you Moon, over the Valley of Aijalon. And the Sun stood still, and the Moon stopped, until the nation took vengeance on their enemies, as it is written in the Book of Jashar. The sun stopped in the middle of the sky and delayed going down about a full day”.

“If these words are describing a real observation, then a major astronomical event was taking place; the question for us to figure out is what the text actually means”, said paper co-author Professor Sir Colin Humphreys from the University of Cambridge’s Department of Materials Science & Metallurgy, who is also interested in relating scientific knowledge to the Bible.

According to Humphreys, “modern English translations, which follow the King James translation of 1611, usually interpret this text to mean that the sun and moon stopped moving”. 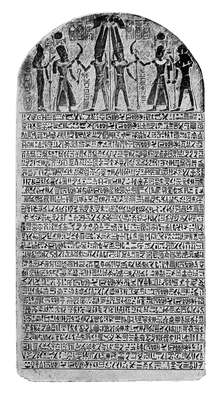 “But going back to the original Hebrew text, we determined that an alternative meaning could be that the sun and moon just stopped doing what they normally do: they stopped shining”, he added.

The original text uses the Hebrew words dôm and 'amad for what the Sun and the Moon did, respectively. The Hebrew word dôm means to be silent, dumb or still. The term 'amad is a broader word meaning to stop or stand.

The authors of the study point out that the word dôm shares the root with astronomical terms referring to eclipses found in Babylonian tablets from the same period.

"In this context, the Hebrew words could refer to a solar eclipse, when the Moon passes between the Earth and the Sun and it seems to stop or stop flashing", said Humphreys.

Independent evidence that the Israelites were in Canaan between 1500 and 1050 BC can be found in the Merneptah Stele, an Egyptian text dating from the reign of the Pharaoh Merneptah, son of the well-known Ramesses the Great.

The large granite block, held in the Egyptian Museum in Cairo, says that it was carved in the fifth year of Merneptah’s reign and mentions a campaign in Canaan in which he defeated the people of Israel.

The researchers developed a new eclipse code, which takes into account variations in the Earth’s rotation over time. From their calculations, they determined that the only annular eclipse visible from Canaan between 1500 and 1050 BC was on 30 October 1207 BC, in the afternoon.

"We can calculate future or past eclipses, but the more we go back in time, the more we have to take into account the changes in the rotation speed of the Earth", explained the British physicist.

“Solar eclipses are often used as a fixed point to date events in the ancient world”, Humphreys said.

If their arguments are accepted, it would not only be the oldest solar eclipse yet recorded. It would also enable researchers to date the reigns of Ramesses the Great and his son Merneptah to within a year.